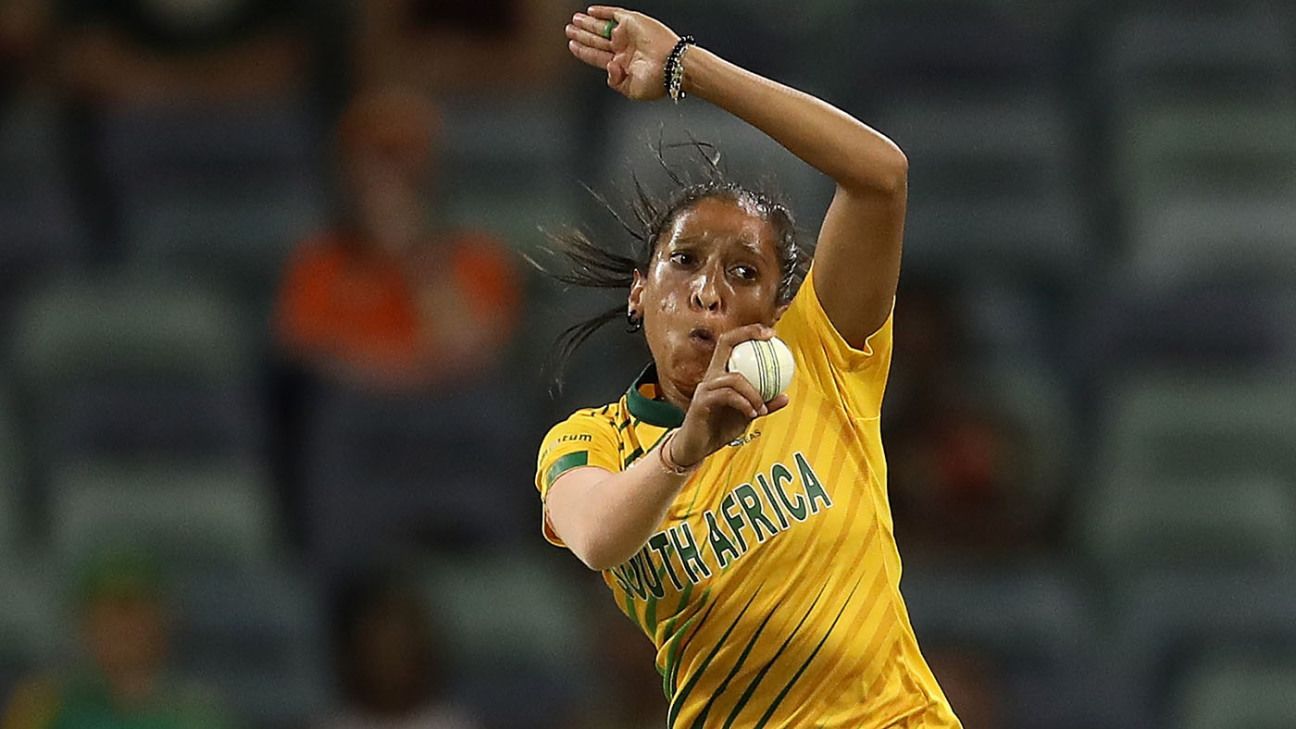 South Africa made a strong statement of intent ahead of next year’s 50-over World Cup by completing a clean sweep of Pakistan in Durban, with victory by 32 runs in the third ODI.

South Africa have now won six ODIs in succession following their 3-0 win in New Zealand last January, through which they automatically qualified for the global showpiece. While the World Cup is still a year away, preparation has had to be ramped up especially as fixtures are scant in the current pandemic. Neither South Africa nor Pakistan had played since last year’s Women’s T20 World Cup and though there were signs of rust on both sides, the ODIs were hard-fought and entertaining.

After two tense matches last week, in which Pakistan lost by 3 and 13 runs respectively, the visitors fell away in the finale. They were all but out of the contest at the halfway mark of their chase when they teetered at 73 for 5 while going after a target of 202. By then, South Africa’s stand-in captain Sunè Luus had become the 20th player to claim 100 ODI wickets, and the fourth among her countrywomen. Luus reached her milestone with the wicket of her opposite number Javeria Khan, whom she caught off her own bowling, after Javeria top-scored for her side with 33.

Pakistan needed bigger individual contributions but the usually aggressive pair of Aliya Riaz and Nida Dar were kept quiet and the early collapse was too much for them to recover from. Overall, their coach David Hemp assessed it as a series of missed chances. “We had opportunities to win all the games,” he said. “We need the top four to score runs.”

Contrastingly, South Africa had their best start with the bat after Lizelle Lee and Laura Wolvaardt put on 79 for the first wicket with Wolvaardt going on to score her 17th career half-century. Her dismissal, caught behind off the series-leading wicket-taker Diana Baig, sparked a major tumble for South Africa. They lost 7 for 48 and Baig finished with a career-best for 4 for 30. At 172 for 8, South Africa did not likely to set Pakistan 200.

Trisha Chetty‘s 34 off 43 balls took them to a decent score, though the middle-order has work to do on their contributions. Mignon du Preez, who scored just 47 runs in the series, will attract particular attention given her seniority and skill.

“There’s been a lot of starts but the kick on is not happening in terms of converting,” coach Hilton Moreeng said. “It’s an aspect we need to keep working on. We identified that the application is not there for everyone. We absorb a lot of pressure but when its time to translate that and put the opposition under pressure, we have two new batters at the crease, so we need to always have an in-batter.”

South Africa will be more pleased with the way their bowling stood up in big moments. Ayabonga Khaka‘s control and use of the slower ball saw her finish as South Africa’s joint-leading bowler across the three matches, with the same number of wickets as Shabnim Ismail, known for her pace. Luus and Marizanne Kapp, who sat out the final game, also made important inroads to ensure South Africa have a depth and options going forward.

Pakistan were also pleased with their efforts with the ball, particularly that of Baig, who led their attack. “She is a great learner, she wants to get better and she has got a great work ethic,” Hemp said.

Both coaches acknowledged that long layoffs for their teams contributed to some of the less-than-flattering moments that we saw throughout the series with dropped catches and missed run-outs a feature on both sides. For Hemp, Pakistan need to play against opposition ranked above them more often. “The more opportunities we have to play against sides who are ranked higher, the better. South Africa have nine players who are regularly playing in the best T20 competitions in the world,” he said. “We have to address our basics of the game. That’s where we are letting ourselves down.”

For Moreeng, South Africa need matches because it is the only way they can can give themselves a real chance at the World Cup. “The ladies need game time,” he said. “We could see from the first game that we had enough preparation but there is only so much you can do. There were a lot of basics we were not doing right. We feel we need to stay active – that is the only way we can prepare.”

The teams start a three-match T20I series at the same venue on Friday, where conditions are expected to be hot, slow and low as they have been so far.