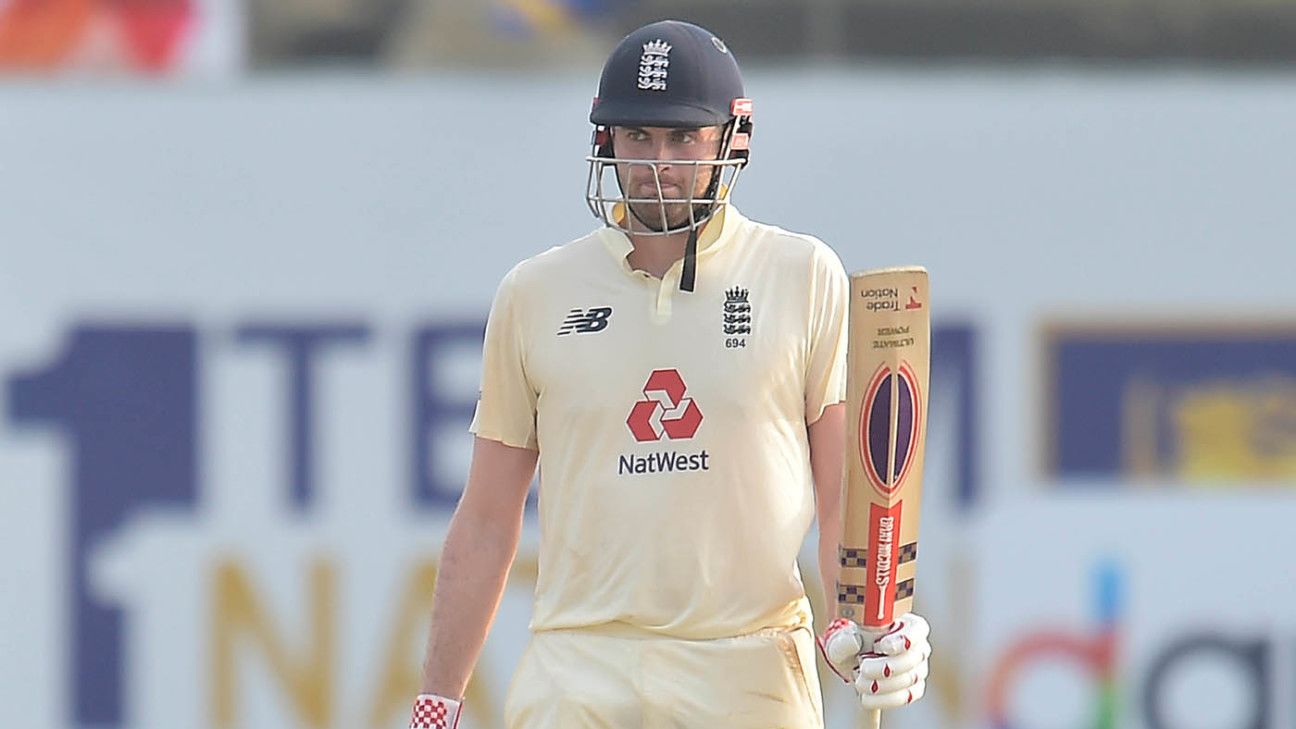 Dom Sibley says that his struggles for form in Sri Lanka had left him in a “pretty dark place”, but was proud of the “courage” he had shown to make mid-series adjustments and sign off on a high with a crucial half-century in England’s series-sealing run-chase in Galle.

Sibley came into the second innings of the second Test under huge pressure following a run of 4, 2 and 0 in his previous three innings, having been dismissed by the left-arm spinner Lasith Embuldeniya on each and every occasion.

However, he fought his demons through hard work on and off the field – backing up intensive nets sessions with England’s batting consultant Jacques Kallis, with a focus on digging in for the first 20-30 balls of the second innings – to anchor a tricky run-chase of 164 with a battling 56 not out.

Though Sibley did have to ride his luck with three close calls for lbws, all of which were shown on DRS to have been clipping the stumps, his sheet-anchor approach provided England with the foundation for their more free-flowing batsmen to take control of the chase, with first Jonny Bairstow and then Jos Buttler scoring at close to a run-a-ball in crucial stands of 45 and 75 respectively.

“I had a bit of a stinker at the start of the series,” Sibley told the host broadcaster shortly after hitting the winning runs. “I’d worked hard during the winter months in England, so you start to doubt yourself a little bit before today.

“I had felt really confident coming into the series, of what I’ve done to play spin. So to doubt that, and try and change things mid-series, was something that took a little bit of courage.

“Working with Jacques in the nets were really tough sessions actually. But luckily it paid off a little today. I hadn’t given myself a chance in the first three innings of the series, but to start against spin with a new ball, that’s something I’ve never really faced in England.”

Asked what he had been working on since the end of the English summer – in which he had made his second Test century against West Indies at Emirates Old Trafford but struggled for fluency against Pakistan – Sibley said that “options” were his key, given that by his own admission, he is not one of the team’s more natural stroke-makers.

“In the summer I felt I was getting a bit stuck at the crease. [In the first Test], I felt stuck the whole time to be honest,” he said.

“But it was just a case of believing, and trying not to doubt yourself too much, even though I’d obviously had three failures to the same bowler. He had done me on the outside [edge] and also by skidding through, so I was just trying to work it out. He certainly had the wood over me, but I just tried to spend 20, 30 balls [at the crease], then try and build a partnership and take the focus off myself.

“Obviously I had a bit of luck with the reviews, but it’s just nice to have spent a bit of time in the crease, given myself a chance and seen the boys over the line.”

Speaking after England’s first innings, Buttler had hailed Joe Root’s second century of the series as a “masterclass”, and said that the entire team could learn from his example. And Sibley agreed, even if he did admit to being a touch overawed by what he was witnessing.

“Watching Joe makes you feel a little bit inadequate to be quite frank,” he said. “The way he’s played the series is incredible, and the way he swept and made it look so easy on tough wickets.”

Sibley might not have been England’s obvious match-winner on a day four pitch, but with a more confident use of the sweep, and an eye for the gap at midwicket to release the pressure, he kept the strike rotating and ensured England did not get bogged down in pursuit of a potentially tricky target.

“We talked about going down in tens, really,” he said of his key stand with Buttler, which came after a rare failure for Root – who was bowled round his legs for 11 to complete a series haul of 426 runs in four innings.

“Sixty, 50, 40 … keep counting down. Jos plays at a lot higher tempo than me so he took the pressure off me and when Joe got out, I thought I need to be there at the end – just bat through, at an even tempo.”

Afterwards, Root added his own praise for the character that Sibley had shown.

“As a whole batting group, we’ve had lots of discussions about how to play spin,” Root said. “It’s about how that fits in with your own individual games.

“More than anything, it’s testament to the work that he’s put in,” he added. “To figure out his own method on a fourth-day wicket in very extreme conditions, and see us across the line in a high-pressure environment that like is really impressive, especially off the back of a couple of low scores.

“It just shows that one of our biggest strengths is the character in the dressing room, for a guy to stand up off the back of the scores he had, he deserves all the plaudits he gets.”

Sibley’s score came at an opportune moment, with the impending return of Rory Burns and Ben Stokes for the India tour meaning that one or both of the incumbent openers could miss out in Chennai next month.

“I have to wait and see what happens with guys coming back into the team but, yeah, I’m pleased that I’ve managed to end this tour on a high,” Sibley said. “I was in a pretty dark place so to get some runs there’s a bit of relief. After the hard work I put in, it’s nice to see some rewards.”