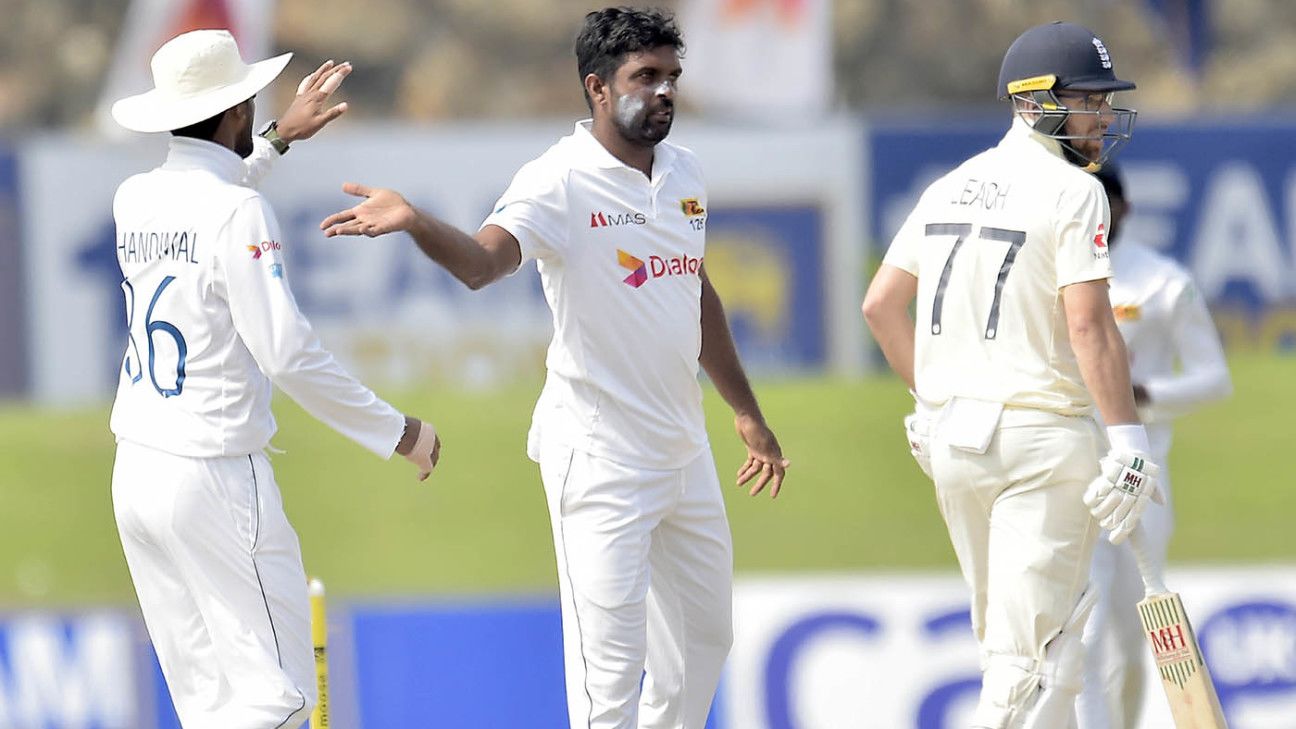 Sri Lanka secured themselves a useful 37-run lead on first innings early on the fourth day of the second Test at Galle.

Jack Leach was the last man out for England, lbw to Dilruwan Perera for 1 on the 11th ball of the morning, having added five runs with James Anderson, whose reverse sweep to the boundary off Lasith Embuldeniya left him not out on 4.

England’s score was built largely on a magnificent 186 by Joe Root, who provided an exhibition in batting against spin in Asia and withstood the threat of left-arm spinner Embuldeniya where so many others could not. Embuldeniya finished with seven wickets.

Root was run out on the last ball of the third day after nudging Dilruwan to short leg, where Oshada Fernando fired the ball back onto the stumps as an exhaused Root struggled in vain to get back to his crease.

Jos Buttler’s 55 provided good support in a 97-run stand with Root, while Dom Bess helped frustrate the Sri Lankan attack late on the third evening with 32.

England will hope that spinners Leach and Bess, in particular, can extract more from the Galle pitch in the second innings after all 10 of the hosts’ first-innings wickets fell to the seamers, with Anderson claiming 6 for 40.