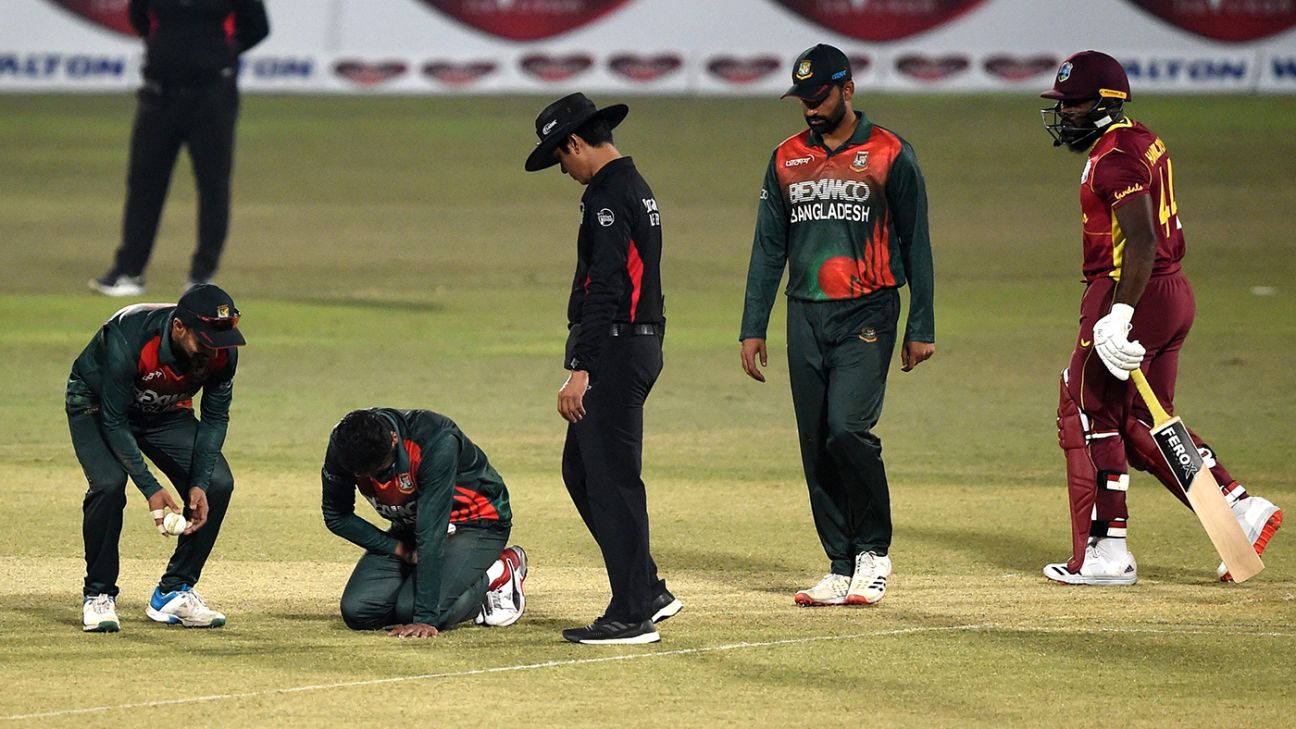 Shakib Al Hasan will have to wait another 24 hours before knowing the full extent of the groin injury he picked up during the third ODI against West Indies. Shakib pulled up while bowling his fifth over, and left the field after receiving the physio’s attention, leaving Soumya Sarkar to complete the over.

Shakib did appear in the post-match presentation to collect his Player-of-the-Series award, completing a remarkable comeback to international cricket after serving a one-year ban. He took a four-wicket haul in the first ODI and scored a fifty in the third game. There’s fear, however, that the groin injury may affect his participation in the Test series that begins on February 3.

“I don’t think we can say anything for sure right now,” Shakib said. “It doesn’t seem great, seeing how it is now. But we have to wait 24 hours before making a comment. I am very happy at the way we won the series. I would have felt better had I been at the ground the whole time in the last game. This is the only disappointment. Otherwise I am happy with my overall batting and bowling.”

Shakib’s injury apart, it has been a mostly happy time for the Bangladesh team, particularly the newly-appointed ODI captain Tamim Iqbal, who began his stint with a 3-0 series win. Tamim said he was pleased to see his team-mates not let up despite clinching the series in the second ODI.

“We played really good cricket, and the hunger to play well was very noticeable in the dressing room during all three matches,” he said. “It made me happy.

“I didn’t see anyone relaxing after winning the first two matches. We are aware of the [World Cup Super League] points system so we had to keep in mind the issue of direct qualification. It makes every ODI important.”

Tamim said the two players who were brought in today – Mohammad Saifuddin and Taskin Ahmed – deserved to be in the XI.

“Saifuddin has been our first-choice fast bowler for a long time,” Tamim said. “He didn’t play the first two games since the team management thought he wasn’t 100 per cent fit. He had to come back into the XI.

“Taskin was bowling unbelievably well in the two recent [domestic] tournaments. He didn’t disappoint us when we gave him the opportunity today. He bowled well today.”