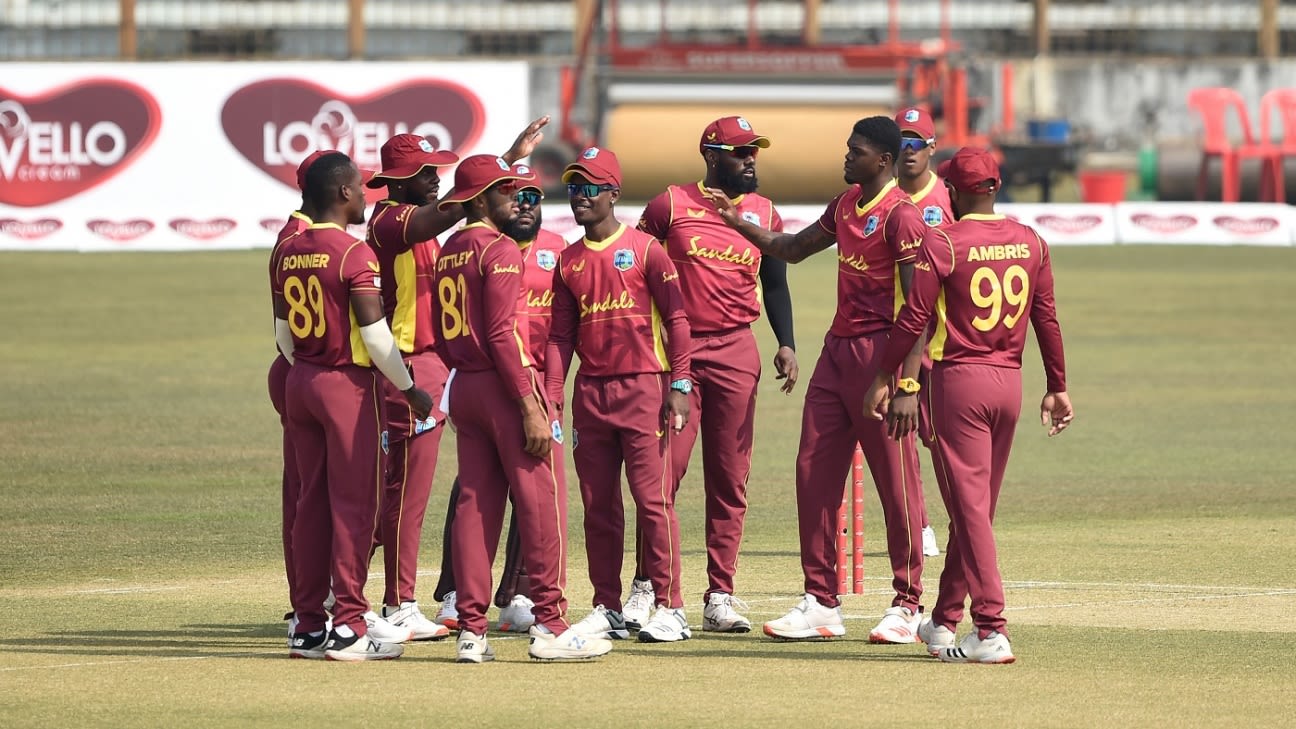 Their head coach underlined that his side needed to show more ‘character, heart, determination’ in the future

West Indies head coach Phil Simmons has said he is looking for vast improvements in the ODI side, particularly in the way they play spin. He shared these views after West Indies went down by 120 runs in the third and final ODI against Bangladesh, suffering a 0-3 series loss that laid the visitors’ inexperience bare.

Of the 30 wickets they lost during the series, 13 were to spinners Shakib Al Hasan and Mehidy Hasan, who averaged a mere 10.07 and conceded just 2.72 per over through the series.

Even though the Shere Bangla National Stadium’s pitch was said to be “difficult”, it played its best in the first innings, and West Indies batted first in the first two games. In the third ODI in Chattogram, where they encountered a seemingly flat pitch, West Indies never looked like threatening Bangladesh’s total of 297 for 6.

“[I learned] that we need to play spin better,” Simmons said. “We need to be able to rotate strike and score boundaries in Bangladesh a lot better. There’s work to be done. Every time you have low scores, there is not enough character, heart, determination shown. It is all about putting everything out there and making sure things happen the way you want them to happen, and that’s not been done.

“We need to improve on everything, in every area, after losing three games. Especially the runs that we put on the board. That’s something we have to work on from now, till our next series which is in March (against Sri Lanka).”

Simmons however remained hopeful that West Indies could recover in the ODI series against Sri Lanka. He also marked out Akeal Hosein, the Trinidadian left-arm spinner who took a three-wicket haul on his ODI debut, as one for the future.

“He is definitely a man of the future,” Simmons said. “To make your debut and to get three-for on your debut and then to have the kind of respect that you have gained in the last two games, it means that you are improving and doing something right.

“We lost the first series but there’s a lot of series to play. We just need to make sure that we get [World Cup Super League] points from every series. From here now, the only way we can go is up.”