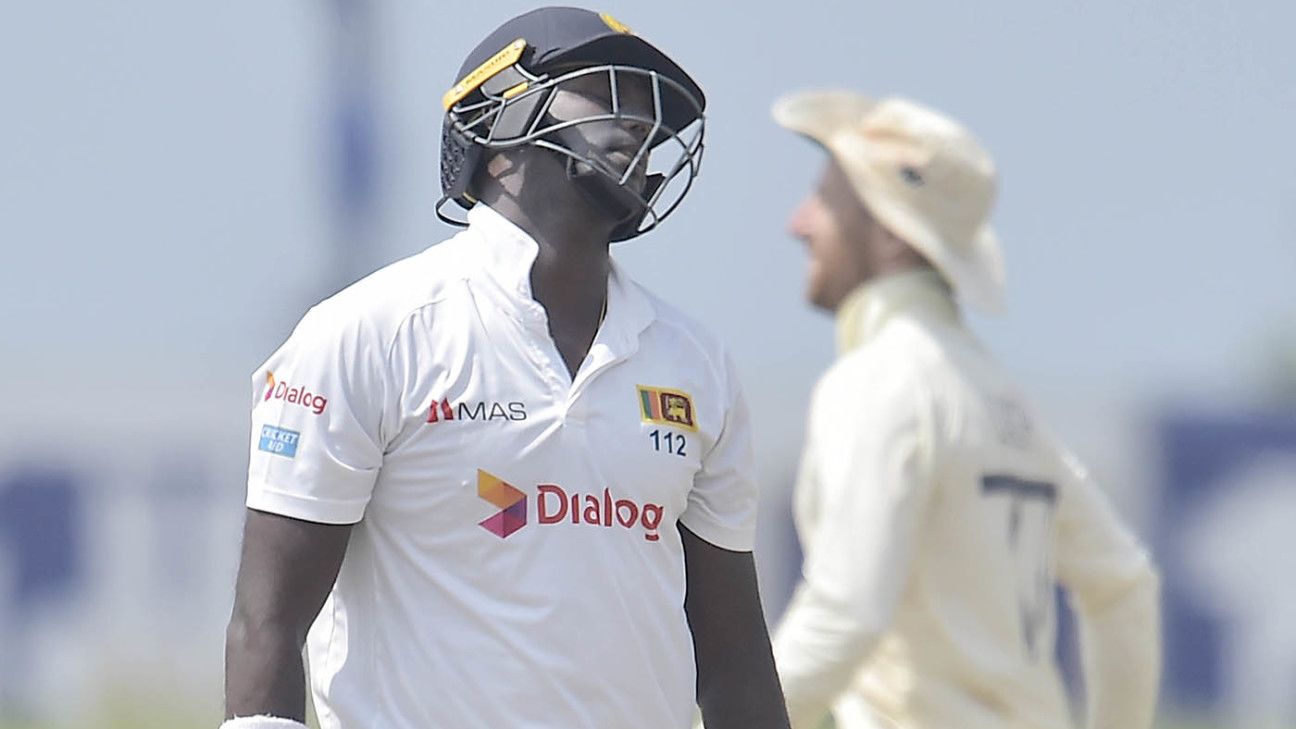 Sri Lanka threw it away. Their hyper-aggressive approach to the second innings wasn’t part of the plan. And their 126 all out ruined three days of good work.

These were Mickey Arthur‘s takeaways after the dispiriting 2-0 loss against England. Sri Lanka had established a 37-run first-innings lead on the fourth morning, with England due to bat in the fourth innings. And yet, their batsmen crumbled to 66 for 6 before lunch – five of those players dismissed playing attacking shots. That phase of play essentially handed England the match, even if they eventually had to chase 164 for victory, thanks to a late 40 from No. 10 Lasith Embuldeniya.

“We fought and fought and fought for three days and got ourselves in a really good position, and in two hours we proceeded to throw it away,” Arthur said. “It was poor batting. It’s something I’m going to sit and talk with the players about now. When we lead the game, we’ve got to be able to put our foot on the neck of the opposition and we didn’t do that. That today just wasn’t good enough. We’ve got to learn to be ruthless.”

Such was Sri Lanka’s commitment to wanton aggression in this innings, that there were questions whether the team had agreed that all-out attack was their best way forward in this Test. Arthur said, however, that the plan had actually been to progress more gradually, and to bat time, as they had in the second innings of the first Test, when Sri Lanka made 359 in 136.5 overs.

“That was nowhere near our gameplan. Our gameplan this morning was to absorb pressure, grind away, and grind out a couple of sessions to make sure that we got ourselves into a very good position to push for the win tomorrow. That was our strategy. We had a long chat about that this morning. We used the blueprint of our second innings in the first Test match as something that we wanted to base our innings on. Somewhere it’s gone horribly wrong. That’s something I’m going to dig up and find tonight.”

The first Test was lost due to a similar collapse, in the first innings of the match that time. Sri Lanka were skittled for 135, again playing with extreme aggression.

“This isn’t the first time that it’s happened, and it’s something I need to look into with the team,” Arthur said. “We let it slip in one disastrous session. Much like in the first Test when we let slip in the first innings again. We can’t afford as a team to have those poor sessions. We’ve got to get our good and our bad closer together. The game was there for us to take and we didn’t take it. Extremely disappointed with that.”

Among the only bright spots for Sri Lanka for this series was the bowling of Embuldeniya, who took 10 for 210 in this Test, and also produced his best first-class score with the bat. Embuldeniya had not been selected for the Tests against South Africa several weeks earlier, but through the course of this series has presented a case for being considered Sri Lanka’s premier Test spinner.

“I was very excited for Lasith Embuldeniya,” Arthur said. “He works so hard at his game. When you get those rewards, in his ninth or tenth Test match, it’s unbelievable. I always tell him he’s got the gift of the fingers – he’s able to spin the ball. I think he’s got a wonderful future. He really is a very impressive young man and spin bowler. I’m very excited to be working with him in future, because I think he’s going to be very special.”