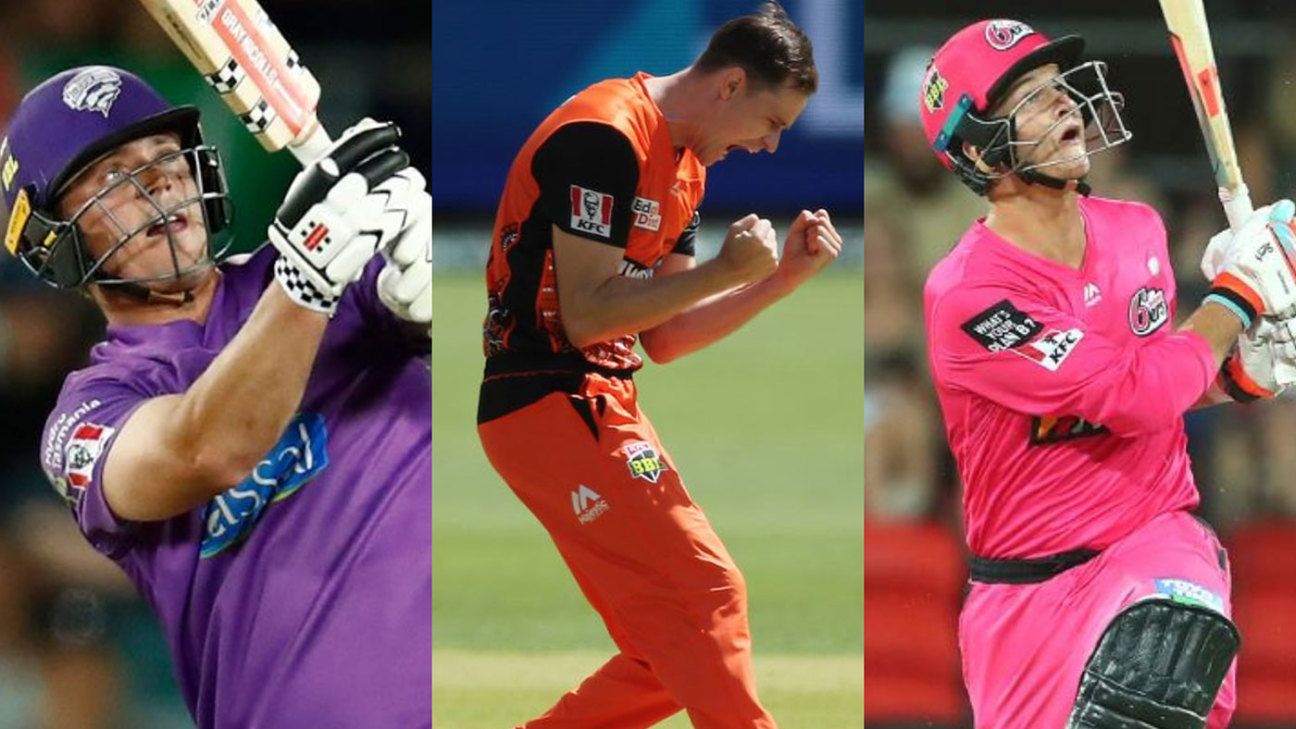 Australia’s selectors will need to turn to some new faces for the upcoming five-match T20I tour of New Zealand given the Test squad are likely to be heading to South Africa at the same time. That means Test and T20 regulars like David Warner, Steve Smith, Pat Cummins, Mitchell Starc, and Josh Hazlewood among others will be unavailable for the T20Is. Here are some of the names who have made a case for selection on the back of their form in this season’s BBL

The only way Philippe doesn’t go to New Zealand is if he loses his passport. With Warner almost certainly unavailable and the possibility of either one or both of Matthew Wade and Alex Carey to go to South Africa, Philippe will tour New Zealand and play as either a specialist batsman or wicketkeeper. His form at the top of the order for the Sixers has once again been outstanding. There is a case to be made that he should play in Australia’s first-choice, full strength T20I side. Despite all of his runs coming at the top of the order in recent years he has shown in the past he has the versatility and skill to also bat in the middle order.

He played 12 T20Is for Australia in 2018-19 but lost his place in 2020 as Australia opted for more allrounders. His form in this BBL means he cannot be ignored again. He has moved higher up the order for the Hurricanes but his power-hitting is nearly unrivalled in Australia and he can do it consistently with five men out. He also has shown the ability to score big runs in high-pressure chases. His highest innings this season of 96 and 91 have both come chasing and he struck at 171 and 156 respectively in those innings. He can also keep wicket if needed but is a good outfielder without the gloves.

Adding yet another wicketkeeper-batsman to the mix might seem crazy but if Wade and Carey head to South Africa, then Inglis becomes an option. There is an argument to be made that he and Philippe could play in the same team. Inglis’ move to the middle-order has been incredibly beneficial for the Scorchers where he’s made two half-centuries and is striking at 139. He has a lot of experience batting in the middle order at lower levels and he has shown he is very comfortable starting against spin. His ability to pick spin, use his feet, and hit 360 degrees is something Australia have lacked in their middle-order wicketkeeper-batsman in T20I cricket. He is a highly-rated gloveman.

Richardson’s case to return to Australia ranks is faultless. He’s the leading wicket-taker in the BBL by some margin with an outstanding economy-rate of 6.75 given he has been bowling almost exclusively in the Powerplay, Power Surge, and death overs. His lower-order batting has also gone to another level, averaging 19 at a strike-rate of 140. He still can’t throw with venom due to his shoulder injury but his agility in the field means he’s not a liability. The only reason he doesn’t go to New Zealand is if he is selected in the Test squad, which is looking increasingly likely.

Hurricanes coach Adam Griffith forecast prior to the BBL that Meredith had added strings to his bow and he’s bowled extremely well during the tournament claiming 12 wickets at an economy rate of 7.48. His pace has been electric but his improved control and consistency has been eye-catching. He has hurried nearly every batsman in the tournament and looks ready to make the step up after being in Australia’s limited-overs squad that toured England last year. When Starc missed the T20I series against India, Australia did lack a bowler with another gear and Meredith could provide that.

Behrendorff’s name may surprise a few people but he remains on the Australia selectors’ radar and has quietly gone about his business in his first BBL since back surgery. He has taken 12 wickets at an economy rate of 6.61. He is a Powerplay specialist and although he hasn’t been used much in the Surge or death overs in this BBL he is a more valuable asset when there are six overs of Powerplay with the new ball. Australia are keen to have a left-arm pace option at their disposal and Starc is set to be in South Africa and Daniel Sams has an untimely wrist injury although may recover. Behrendorff has a solid international record from his 23 appearances in ODI and T20I cricket and could add some valuable experience to what is likely to be an inexperienced squad.

It has been two productive tournaments in a row for Agar, the bother of Ashton, and this season he’s been able to marry the wicket-taking with a reduced economy rate: 8.14 compared to 8.90 in 2019-2020. His 4 for 27 against the Heat – which included the scalps of Marnus Labuschagne, Chris Lynn and Joe Denly – was a career-best and he has also caught the eye with his pace. Depending on how many quick bowlers are in the squad he is certainly in contention.

There will need to be an element of caution about promoting a young player too quickly, but 19-year-old legspinner Sangha has enjoyed a prolific debut season in the BBL. With Ashton Agar struggling to be fit due to the calf injury that has kept him out of the tournament there could be an opening for another spinner. His figures are on a par with Adam Zampa’s and if like-for-like cover is wanted there is no one else that comes close. One factor to consider could be whether it is seen as better for Sangha’s development to remain in Australia and play the Sheffield Shield, should that take place as planned, for New South Wales who are set to be without Zampa and Nathan Lyon.

Mignon du Preez re-signs with Hobart Hurricanes in WBBL
Two Ranji Trophy winners, inaugural Under-16 tournament for girls in BCCI’s new domestic schedule
Mooney, Gardner and Schutt lead Australia to gold in pulsating final
Hasaranga denied NOC to play in the Hundred, forced to pull out of £100,000 contract
Powar says with India ‘evolving’ in T20Is, player roles in the XI will be fluid