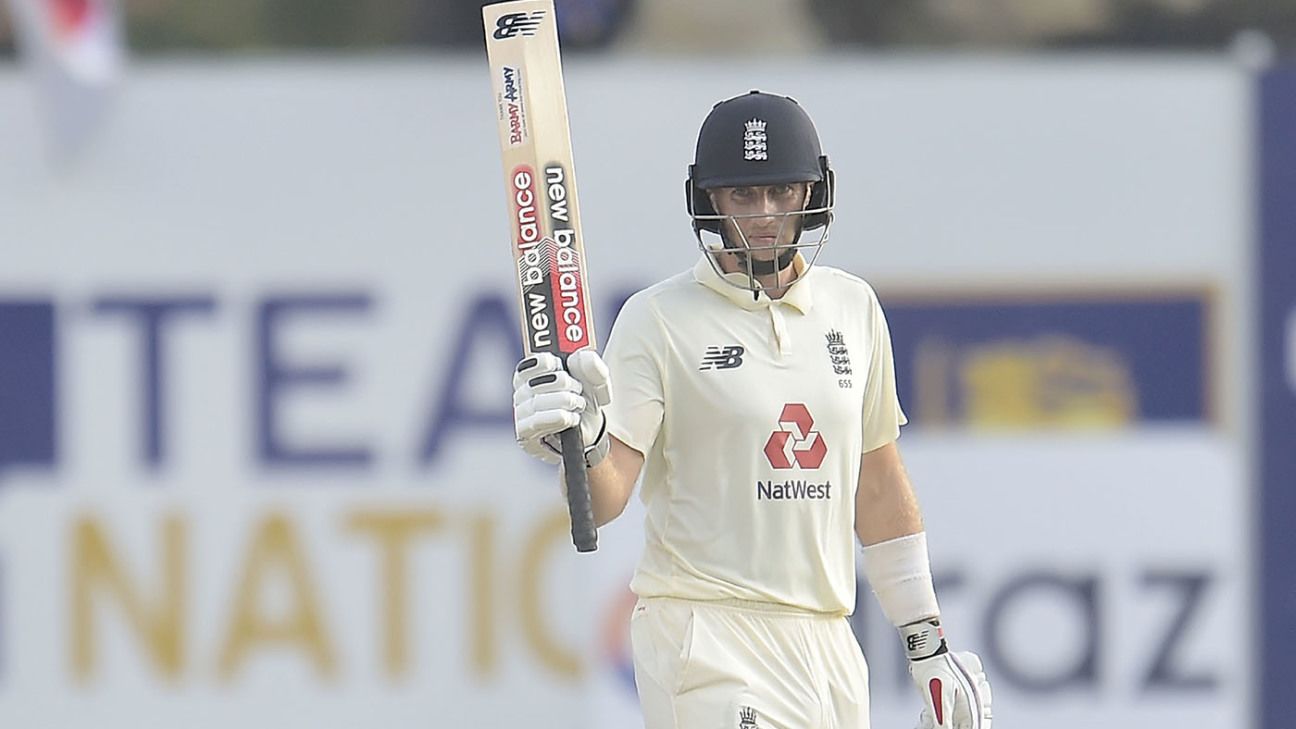 Joe Root notched up another notable milestone during his agenda-setting 67 not out on the second day in Galle, as he overtook the Test runs tally of Sir Geoffrey Boycott, his fellow Yorkshireman and England’s former world-record holder, to lay the platform for his side’s first innings.

Root, who is playing his 99th Test, passed 8000 Test runs while making 228 in last week’s first Test against Sri Lanka, and had taken that tally to 8119 by the close on Saturday, as he repaired England’s innings in a third-wicket partnership of 93 with Jonny Bairstow (24), following the early loss of both openers, Dom Sibley and Zak Crawley.

And the manner in which Root took command of the situation for England confirmed what an exceptional vein of form he is in, as he lifted his tally for the winter to 296 runs in only his third innings, with four tough Tests against India still to come next month.

“I feel like he’s a real calming influence on the team,” James Anderson, his England team-mate, said at the close. “Both around the dressing room as captain, and out in the middle.

“To have someone like him in the team who’s obviously in good form at the moment is great. And with the bat, hopefully the guys will follow his example tomorrow and stick with him and try and build some big partnerships.”

For the third innings in a row, Root arrived with his side in some strife after the single-figure dismissals of Sibley and Crawley. In the first Test, he had appeared at 17 for 2 and 12 for 2 respectively, and today that scoreline was a sickly 5 for 2, as the left-arm spinner Lasith Embuldeniya tightened his grip on the pair, dismissing each of them for the third time in a row.

However, the manner in which Root took the attack back to Sri Lanka’s spinners was both authoritative and largely risk-free, as he once again unfurled a wide range of sweep shots to both banish the close catchers and then pull apart their defensive fields.

He reached his fifty from 65 balls, and had 67 from 77 all told by the close. Eight of his ten fours came on the sweep, conventional and reverse alike, including a run of four such shots in the space of six balls as the debutant offspinner Ramesh Mendis was hit out of the attack after just two overs.

Root then climbed past Boycott’s runs tally of 8114 in the closing moments of the day, dispatching the dangerman Embuldeniya for 14 runs in his penultimate over, including three fours in four balls.

Root is now just 63 runs shy of overhauling Kevin Pietersen’s career Test tally of 8181 runs, with David Gower (8231) a further 50 beyond that. Among England cricketers, he can expect to be closing in on Alec Stewart (8463) and Graham Gooch (8900) before long, with only Alastair Cook (12,472) remaining out of immediate reach.

Speaking after carrying England’s attack with his figures of 6 for 40, and extending his own England record mark to 606 wickets, Anderson acknowledged that some players enjoy clocking up their landmarks as they arise, but insisted that Root was not one of them. Instead, he hoped that his example could rub off on others in the England dressing room, not least the under-fire openers, as they seek to hone their methods in unfamiliar conditions.

“I’m pretty sure that he’s not thinking about milestones when he’s out there,” Anderson said. “I’m not sure he’s that sort of player. There are players that like to do that. I know Cookie counted pretty much every run that you got. But I don’t think Joe’s as detailed as that.

“I think he just likes batting here. He’s got a brilliant game-plan against spin. He really shows that on the field, and I think that does leak down through the team and helps other guys when they’re trying to perform out here.

“It’s different [in Asia],” he added. “Coping with the heat, coping with some quality spin bowling, so I think that that’s all he focuses on, and he’s doing a great job of it.”