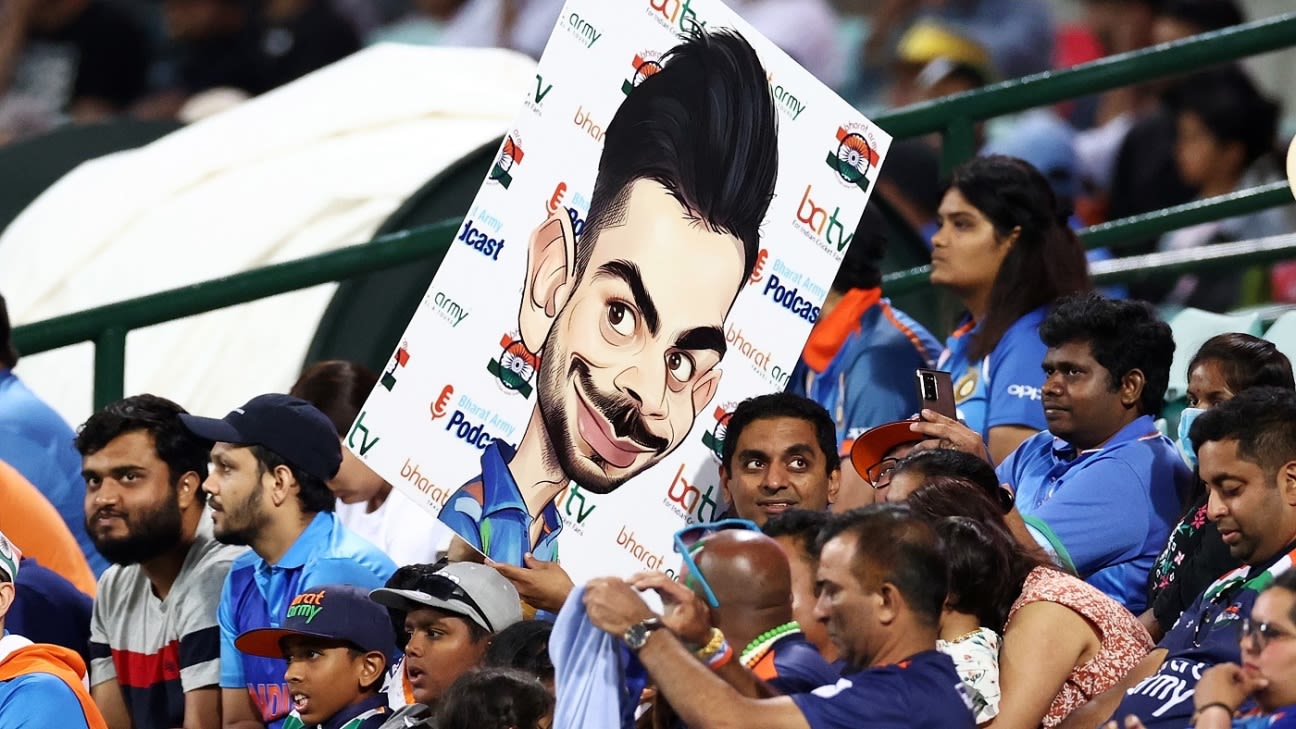 The TNCA and the BCCI took the decision in unison, as a “preventive measure”

The prospect of the first two Tests of the India-England series being played behind closed doors has grown stronger after the Tamil Nadu Cricket Association informed its members that no crowds would be allowed at the MA Chidambaram stadium. The TNCA took the decision despite the Indian government recently ruling that outdoor sport could be conducted with spectators at 50% capacity.

England’s tour of India, which also includes five T20Is (to be played in Ahmedabad) and three ODIs (in Pune), is the first international cricket that India will host since the sport went on a global hiatus last year due to the Covid-19 pandemic. India ranks second globally in terms of total Covid-19 infections reported, with its count inching towards the 11-million mark.

On January 20 the TNCA secretary R Ramaswamy sent a circular to the association’s members saying the decision to bar crowds was taken in unison with the BCCI as a “preventive measure”. “In view of the prevailing Covid pandemic, BCCI has decided not to take any kind of risk with the safety of the players during the forthcoming India-England Test series,” Ramaswamy said. “As per BCCI directive, the first two Test matches will take place behind closed doors (No Spectators/Guests/Sub-Committee Members) as a preventive measure.”

Incidentally the Indian government had said outdoor sports could have crowds of up to 50% capacity. “For outdoor events, spectators will be allowed upto a maximum of 50% of the total capacity of the stadium,” the Indian Ministry of Youth Affairs and Sports had said while putting out a note on December 26. The note was part of the “standard operating procedures and guidelines for conducting sporting competition in India in the Covid-19 environment.”

Despite the TNCA decision, a senior official at the Gujarat Cricket Association, which runs the Motera ground, remained optimistic of having some section of the ground open to crowds. In 2020 the refurbished Motera was inaugurated by former US president Donald Trump. With a capacity of 110,000 Motera is the biggest-capacity ground in world cricket. The GCA official said that subject to the permission of both the Indian and Gujarat state governments, if not half, at least tickets could be sold to fill the stadium to at least 20-30% capacity.

Both squads are scheduled to land in Chennai by January 27 and will straightaway enter a biosecure bubble, which has become the norm in all cricket. After an initial three-day quarantine, teams would start their training while undergoing regular testing.