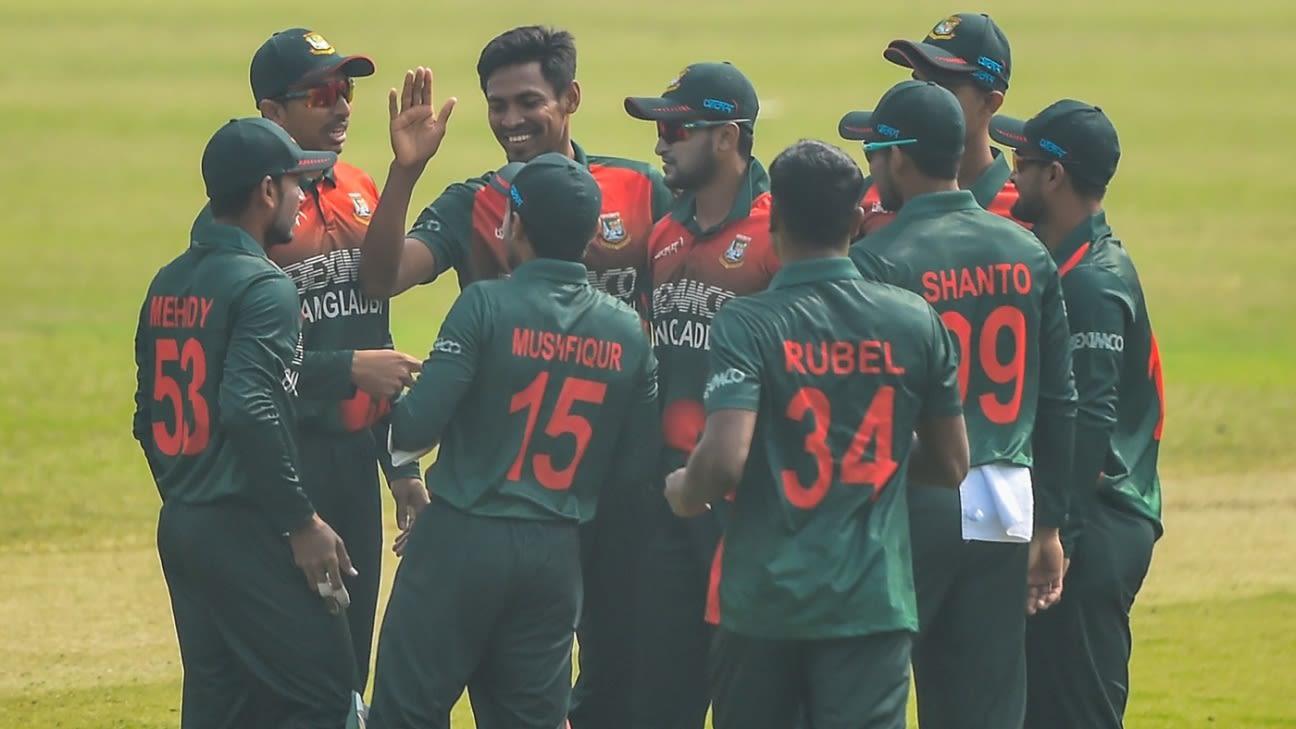 Given the ODI Super League points on offer, the home team does not want to take any chances

Given the ICC World Cup Super League points on offer, Bangladesh are unlikely to make any changes for the third ODI against West Indies, according to the BCB president Nazmul Hassan. The match is a dead rubber, with Bangladesh having taken an unassailable 2-0 lead with two crushing wins at the Shere Bangla National Stadium.

Those results have given Bangladesh a head start in the Super League, and they are currently third on the table behind Australia and England. The top eight teams (including hosts India) will gain direct entry to the 2023 World Cup, while the bottom five will have to play in a qualifying event in Zimbabwe along with teams from the lower divisions of the qualification pathway.

Bangladesh are strong favourites to make it 3-0 given the inexperience of the depleted West Indies team that is playing this series, and given their struggles so far.

BCB chief Hassan, who has a hands-on approach with the national team and often publicly airs his views on major decisions, said Bangladesh would be unlikely to make any major changes to their XI, because they don’t want to take any chances with important points up for grabs.

“There may be changes in the XI, but we don’t want to underestimate anyone,” Hassan said. “I would like you to remember that this is the start of the ICC Super League. We have already got 20 points. Every match is very important, so we can’t take anything for granted. We want to qualify to the World Cup directly, so we are taking every game seriously.

“This is a very important game because we are mostly facing strong teams in overseas conditions. We have defeated India, Pakistan, Sri Lanka, South Africa, West Indies and New Zealand at home, but we haven’t won much abroad. So we have to take every game seriously, and win as much as possible.”

Hassan said he was happy with Shakib Al Hasan’s performances since his return to international cricket following a one-year ban, and new captain Tamim Iqbal’s consistency in ODI cricket. “If you ask me about performance, Shakib and the rest have bowled well,” he said. “I am impressed with the bowling. Tamim has been consistent, and Shakib, about whom we were so worried, seems to be returning to form quickly too.”

Hassan, who has overseen some major developments in the Bangladesh team over the last seven years, said choosing the team has lately become both easier and harder than before, due to the number of options now available to the national selectors.

“We have a good team on our hands,” he said. “There was a time when we couldn’t find a substitute for a player who got injured but believe me, the captain, coach and selectors now have a hard time finding out who to leave out from the XI. We have a number of options for each position.”

Bangladesh and West Indies have both arrived in Chattogram for the third ODI, which is scheduled for January 25.

The Hundred to be played in four-week window in August 2023
Ollie Pope embraces senior status after taste of England leadership
Rehan Ahmed could become youngest man to play a Test for England after call-up for Pakistan tour
WBBL’s ‘bold and ambitious’ plans: ‘Bigger games in bigger stadiums’
Suryakumar ‘makes everyone else look so much worse,’ says awestruck Maxwell