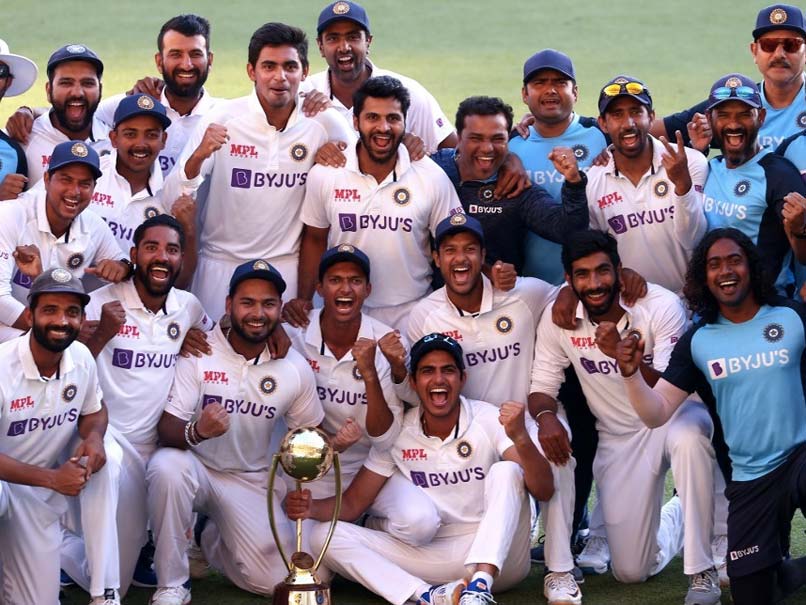 India’s Test series win over Australia was nothing short of a historic feat, and what made it more special was the way the visitors weathered all the difficulties on their way to the victory. And former Pakistan captain Inzamam-ul-Haq feels coach Ravi Shastri, skipper Virat Kohli and Rahul Dravid each played their part in making this feat possible.

Commenting on current National Cricket Academy (NCA) head Dravid and his role in this win, Inzamam said: “Beating Australia at their home is tough and I have never seen in my life a team as young as this to win series in Australia. I was looking behind the reason what made this possible. I found out that Rishabh Pant and Sundar, they have played 2016 Under 19 World Cup.

“And then Shubman Gill and [Prithvi] Shaw played the 2018 Under-19 World Cup. Also, the likes of Mohammed Siraj, Navdeep Saini, Hanuma Vihari, and (Mayank) Agarwal have played a lot of cricket for India A. So, I have realised that they strengthened their base, through Rahul Dravid. Dravid was called ‘The Wall’ because he could play in any conditions and was mentally strong. So, what Dravid did was he improved the bowlers’ mental toughness.”

The last time a visiting team came out triumphant from the Brisbane Cricket Ground (Gabba) was back in November 1988 when the mighty West Indies under the leadership of Viv Richards thrashed Allan Border’s team by 9 wickets.

But the Indians managed to breach the fortress and the former Pakistan skipper feels coach Shastri played a part in not allowing the team to sink in after the humiliating defeat in the first Test.

“Another factor about which no one is talking is Ravi Shastri. The experience and game sense that he has have benefitted the players. He was a big cricketer and they faced tough situations, but he did not let his team go down and lifted them,” he said.

Inzamam also praised Kohli for instilling a sense of aggression in the players.

“The Indian team has always had great players, especially in batting, but they used to lack a bit of aggression. I feel that since Virat became captain and he has an aggressive personality and it can be seen when he is batting or when he is in the field or the way he does his captaincy. So, I think he has brought that aggression factor in the team,” he said.

Misbah on PCB rehiring Arthur: ‘Slap on Pakistan cricket’
Tom Curran steps away from red-ball cricket to focus on white-ball opportunities
“Grassroots Is The Most Important” | Chris Woakes & Keith Forman | LV= For The Love Of The Game
South Africa target series sweep as England brace for six of the worst
Lancashire announce Daryl Mitchell, Colin de Grandhomme as overseas signings