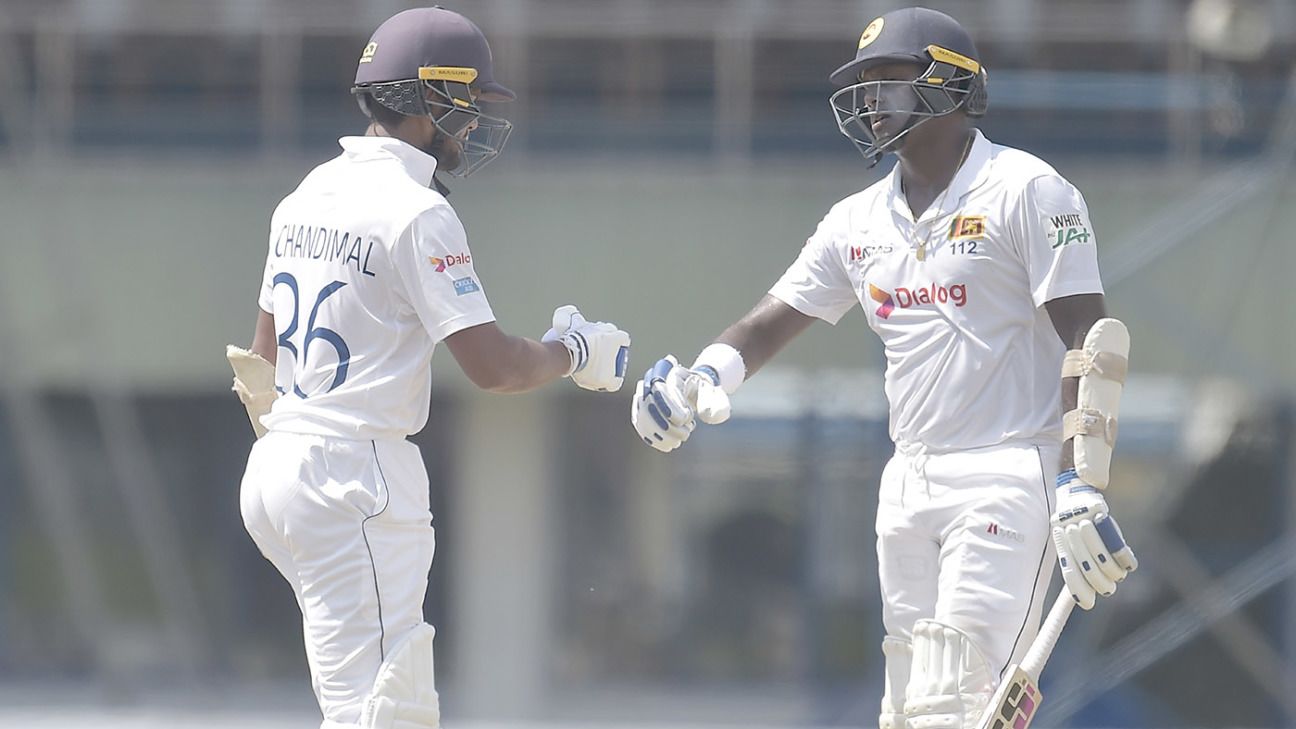 On the first day of the first Test, Sri Lanka batting coach Grant Flower was at a loss as to how to explain his team’s cavalier approach and catastrophic collapse. After a much better start this time around, Flower was pleased at the grit his batsmen showed, albeit on a flat surface.

Angelo Mathews led Sri Lanka’s batting effort with his unbeaten 107 off 228 balls. He batted in long partnerships with Dinesh Chandimal, who made 52 and Lahiru Thirimanne, who hit 43. Sri Lanka went to stumps at 229 for 4.

“A much better day than last time, and that’s down to the batsmen just applying themselves much more,” Flower said. “Today it was a flat wicket. It didn’t turn much. There was a bit of bounce for the seamers. So the guys just had to bat, apply themselves, and wait for the loose ball. Jimmy Anderson bowled really well as he always does, but the spinners didn’t get a lot of help from the wicket.

“Angelo Mathews showed his experience again and got another really good hundred. He’s showed what a good player he was. Hopefully we can put on another 100-150 tomorrow and put England under pressure.”

Flower was critical of three of Sri Lanka’s four dismissals, however, including that of Thirimanne, who edged Anderson to the keeper soon after lunch.

“We still gave them three wickets,” he said. “I thought Thirimanne could have left his ball. That said, I thought he played very well.”

Sri Lanka also maintained a run rate of only 2.63, with Anderson bowling ten maidens in his 19 overs, and the remaining bowlers conributing eight maidens collectively.

“At stages we were a bit slow. We lost some wickets at crucial stages. But also given how we’d played in the first innings of the first Test, the guys probably thought we needed to dig in a bit more and put a larger price on their wickets. You can’t be too critical. And you’ve got to give credit to the English bowlers, especially Anderson.”

On Kusal Perera’s dismissal, Flower was critical but not severe. Perera was out in Anderson’s third over, attempting to thump him over mid-on, but managing only to send a catch to first slip. It was the first ball in which Anderson came around the wicket to him.

“That wasn’t a good shot at all, and I’m sure he’ll be the first to admit that,” Flower said. “He does have a bit of a licence to play the way he does. That’s why we’ve selected him. But you’ve got to give respect to a bowler like Anderson. You’ve got to have a bit of a look. He wasn’t in control of that by any means. That’s not a technical thing. That’s just a mental thing for Kusal. He showed in the second innings of the first Test what he can do when he applies himself.”