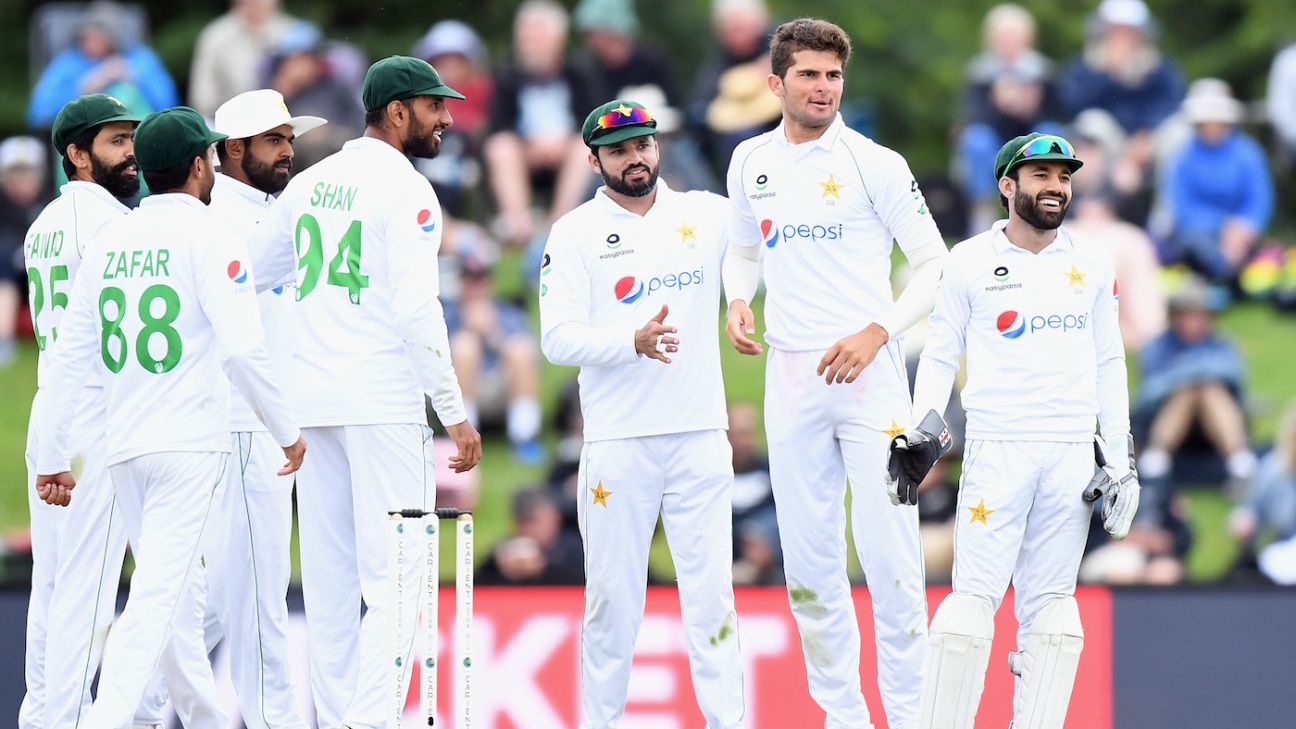 Azhar Ali, Pakistan’s senior-most batsman, has urged young players to shrug off their insecurities to give themselves the best chance to perform at home against South Africa. As many as nine uncapped players have been named in their initial squad of 20, with at least two of them likely to debut in the first Test starting January 26.

For all practical purposes, this is the first time Pakistan are playing South Africa at ‘home’ since 2007-08. Azhar (83 Tests) aside, only Babar Azam (29 Tests) has had any kind of significant Test experience to speak of. Abid Ali is eight Tests old, Fawad Alam seven and Mohammad Rizwan, who captained in New Zealand, has 11 Test caps. Among the bowlers, Yasir Shah has the most experience with 43 Tests, and will do a bulk of the bowling alongside automatic pick Shaheen Afridi (13 Tests) and the returning Hasan Ali.

“International cricket is always a challenge,” Azhar said. “Even if you play as a youngster or up there for long, pressure will remain for ever. But obviously for a new player it is a challenge to handle pressure and then there are insecurities in our culture around what if they are dropped.

“Obviously we understand that there is a big difference between international and domestic cricket which make them a bit insecure. But as as a senior player my advise to them is to trust their skills and stick with that they are doing to do well because that is what is going to give them a best chance to performance. If you think too much that will bring negativity and hold you from doing well. So be positive and grab the opportunity.”

Pakistan had a miserable time in New Zealand, losing both Tests comfortably while winning just the one T20I on tour. Those results, coupled with their poor returns in England and Australia, means there is going to be much scrutiny on the team as much as there will on Misbah-ul-Haq, the head coach.

Azhar remains optimistic of returning to winning ways. “Home conditions bring confidence in players,” he said. “If you remember, our batsmen in previous two home series (against Sri Lanka and Bangladesh) had big chunks of runs and did really well. But on away tours, ts always tough for Asian teams. But our batsmen fought it out. In England and New Zealand there was at least one batsman who made a century.

“There is a different level of pressure on away tours, but at home, everyone expects nothing less than a win. We must take the responsibility as a team to win matches at home. We will try to take this benefit [of playing at home] positively and maximise this opportunity at fullest to keep the opponent under pressure.”

‘No one is undermining anyone’ – Azhar on extra coaches joining team

To ease some load off Misbah, the PCB has added coaches from the High Performance Centre to assist the team management. Mohammad Yousuf will work alongside batting coach Younis Khan while Saqlain Mushtaq will guide the spinners. Having so much of experience in the coaching set-up comes with the risk of information overload, at times, but Azhar hopes this will onl be beneficial.

“Yousuf and Younis both being in the camp isn’t undermining anyone,” Azhar said. “This is mainly for conditioning and we are taking an advantage of their experiences. Younis bhai is our main batting coach and we are lucky to have Mohammad Yousuf around as well. The Test is starting in few days and we don’t have much time either for any change in our batting (technique) but both are getting us ready for the Test.

“South Africa is a very strong team especially with their bowling they are the top side. Their fast bowlers are good but then if we get a spin track, we are wary of their left-arm spinner Mahraj who he is a seasoned bowler and is playing Tests for long. He is bowling consistency well. We have to come up with our A game to compete so I believe they have everything covered in their bowling and our batting must take this challenge and score big enough for our bowlers to get them out.”

Ollie Pope to captain England in warm-up as Ben Stokes sits out
Guptill released from New Zealand central contract
Meredith called up as Starc is rested for final ODI
Matt Renshaw, Marcus Harris lead PM’s XI with the bat, before West Indies fight back
SLC to launch its own T10 league in June 2023