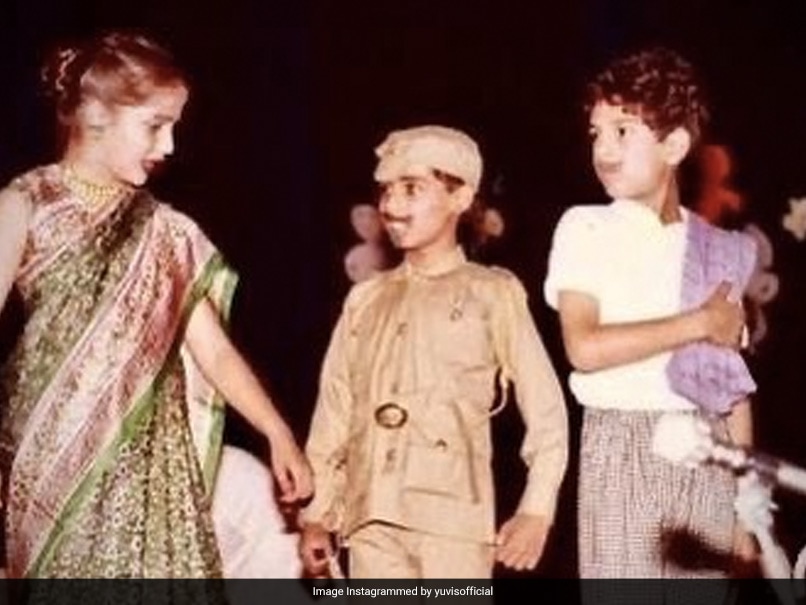 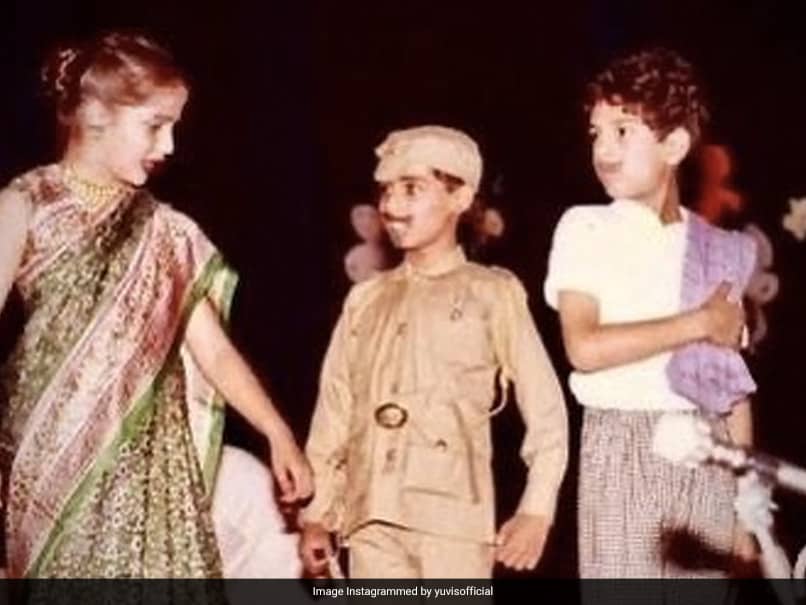 Yuvraj Singh can be seen playing a character from a play.© Instagram


Former Indian cricketer Yuvraj Singh on Thursday took to social media to share an adorable picture from his childhood days. Yuvraj can be seen playing a character from a play, in the photo posted on Instagram with a funny caption. “#Throwback to the play “Naukar Biwi Ka”! Little did I know I would be playing the same role in real life too @hazelkeechofficial #throwbackthursday #throwbackmemories,” read the caption on the post. Yuvraj has been active on social media, recently wishing the army personnel on the occasion of Army Day.

The 39-year-old retired from all forms of cricket in June 2019, having last represented the Indian team in 2017. Yuvraj represented Team India in 304 ODI matches, 40 Tests and 58 T20Is. The former India all-rounder was a part of the 2007 World T20 winning squad, as well as the side which emerged victorious in 2011 ODI World Cup.

Yuvraj smashed Stuart Broad for six sixes in an over during a match against England in the 2007 World T20, grabbing the headlines. He also played a key role in India’s triumph in the 50-over World Cup in 2011, scoring 362 runs and accounting for 15 dismissals. Yuvraj was named the Player of the tournament for his performances.

The 39-year-old was diagnosed with cancer in 2011, making a comeback to international cricket in 2012.

Yuvraj has been conferred with the Padma Shri and Arjuna Award. The former India all-rounder participated in the Global T20 league in Canada, after announcing his retirement from the game.

PCB to deny NOC to Pakistani players for BBL, no clarity on new ILT20 or CSA league
Sibley and Lawrence handed Lions chance in South Africa tour match
“Mastered Art Of Being Economical In T20 Cricket”: Ex-India Batter On Ravichandran Ashwin
Rejuvenated Hardik believes he can do the job as a frontline seamer
Aussies at the Men’s Hundred: Maxwell, Zampa, Stoinis and David lead the cast