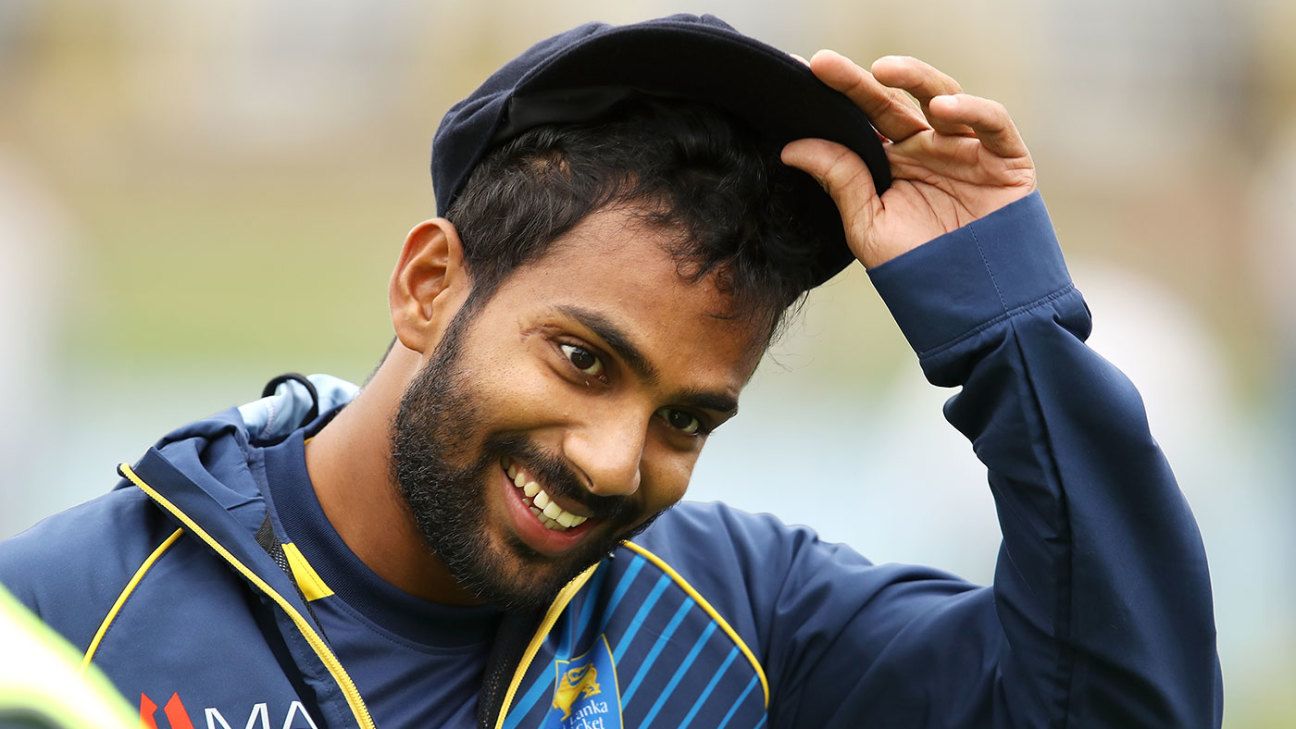 Seam bowler Binura Fernando and seam-bowling allrounder Chamika Karunaratne have tested positive for Covid-19 after having begun training as part of a 22-member limited-overs squad ahead of next month’s tour of the West Indies.

Both players have since been removed from the training group and asked to quarantine. It is understood that players were training in three separate groups, so although several other members of the squad have been told to isolate, the majority of the squad is unaffected.

Sri Lanka will travel to the West Indies towards the end of February for two Tests, three ODIs and three T20Is.

This is the first time players attached to Sri Lanka squads have tested positive for Covid-19. In 2020, SLC had run residential training camps through the middle of the year, and had also staged the Lanka Premier League without any major Covid-19 scares (two players had tested positive on arrival, but were quarantined immediately).

These two players testing positive for Covid-19 does not have any effect on the biosecure bubble for the ongoing Test series involving England.

Brendon McCullum: ‘We’ll be pushing for results. If we get outplayed, that’s okay’
ECB receive £400 million bid for private equity stake in the Hundred
At home, and yet not quite – Cameron Green at the centre of unfamiliar homecoming
WBBL’s ‘bold and ambitious’ plans: ‘Bigger games in bigger stadiums’
“There’s Never A Need To Talk To Him”: Shubman Gill On India Star After 2nd ODI