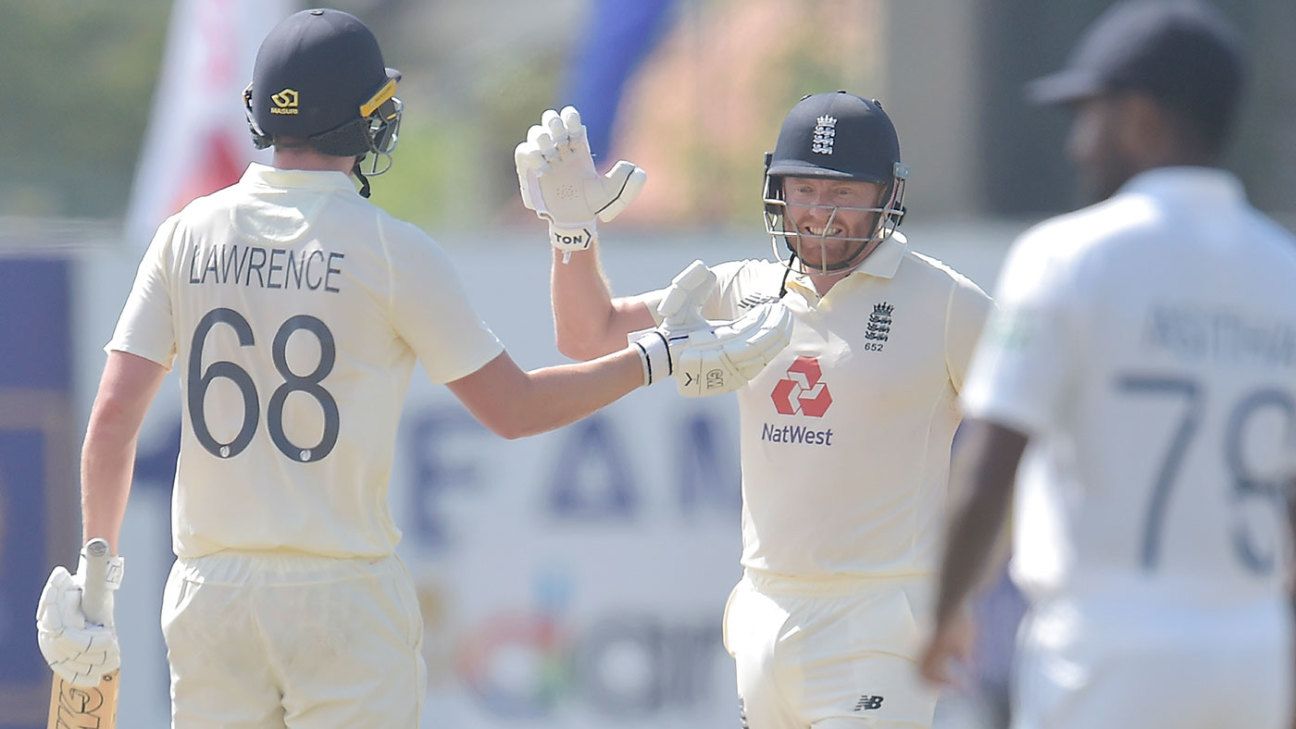 Ed Smith, England’s national selector, has defended the timing of Jonny Bairstow‘s rotation out of England’s Test squad for the first leg of the forthcoming tour of India, despite it coming only days after he marked his first Test appearance in over a year with a match-winning role in last week’s first Test against Sri Lanka.

Recalled to the team at No. 3 in the absence of a number of first-choice picks, including Ben Stokes and Ollie Pope, Bairstow responded with 47 in the first innings and a crucial 35 not out in the second, as he overcame a scoreline of 14 for 3 on the penultimate evening of the match to ease his side to a seven-wicket victory on the fifth morning.

However, with the T20 World Cup in India looming towards the end of the year, Bairstow’s importance to England’s white-ball squad has been cited as the reason to give him a break from Test action so soon after his recall.

England are set to play five T20Is and three ODIs against India in March, where they will hope to hone their strategies on surfaces similar to those they will face at the World Cup in October and November, and Smith said Bairstow’s omission was consistent with the ECB’s policy of giving their multi-format specialists a break from the team’s bio-secure environment at different stages of their winter campaign.

“I spoke at length to Jonny yesterday, as well as at Loughborough before the Sri Lankan tour,” Smith said. “[I said you have] a fantastic opportunity coming up in Sri Lanka, where we expect you to get game time. But at some point, as is the case with the other multi-format players, you’re going to need your rest too, and he completely understands that and endorses it.”

Nevertheless, Bairstow’s impending absence in India means that – no matter how he fares in Friday’s second Test in Galle – he will have featured in just three of England’s last 15 Tests, dating back to the end of the Ashes in August 2019, by the time he returns to the squad ahead of the third Test in Ahmedabad at the end of February.

What’s more, Jos Buttler’s impending absence for the final three Tests of the India tour means that Bairstow could yet be competing with Ben Foakes for the wicketkeeper’s role when he returns to the squad, having been picked as a specialist No. 3 in Sri Lanka.

“It was great to see Jonny looking very focused and clear in Test cricket,” Smith said. “He was given lots of visibility ahead of time that he would be likely to bat three, playing as a batsman. But over the long term, as I’ve said many times, I think Jonny is a highly talented player, and we know he brings a lot to the party and can play a number of different roles. That remains the case.”

Bairstow will be departing the squad alongside Sam Curran and Mark Wood – two other players who can expect to feature heavily in England’s World Cup build-up – with Ben Stokes and Jofra Archer returning in their stead, alongside Rory Burns, who has missed the Sri Lanka tour following the birth of his first child.

“Whenever you take rest there’s always a downside,” Smith said. “These guys, Jonny included, love playing for England, but they also understand that they need their rest, so there’s always two sides to it. But it felt right for Jonny to take his break now, because obviously he’s a key part of the white-ball set-up, so that he can continue on with that when he comes back into the Test squad, as we build towards a very important cycle in the T20s, with the World Cup in the autumn.”

Bairstow currently averages 69.00 in his two Tests in Sri Lanka, following a matchwinning hundred in his previous appearance in the country on the 2018-19 tour. However, when asked if there would be room for “pragmatism” in the event of him continuing that impressive vein of form this week, Smith insisted that the pragmatic approach was the one that England have already adopted.

“We are being pragmatic,” he said. “If you keep people in a bubble unchanged for three months – January, February, March – and expect them to play every game in every format, they will not be able to perform at their best and England will be damaged as a result.

“So, it is absolutely a pragmatic point that we wish to give people breaks. We’ve discussed it with the players and we’ve had their understanding – they see that it’s for the players’ benefit as well as England’s benefit.

“The concept of a tour needs to be modernised,” he added. “We’re not travelling by boat anymore, you don’t go away for five months at a time. We need to be more nimble. We want to have a selection policy which is adapting to the world we live in today, which is [bio-secure] bubbles [and] which is an incredibly congested fixture list.