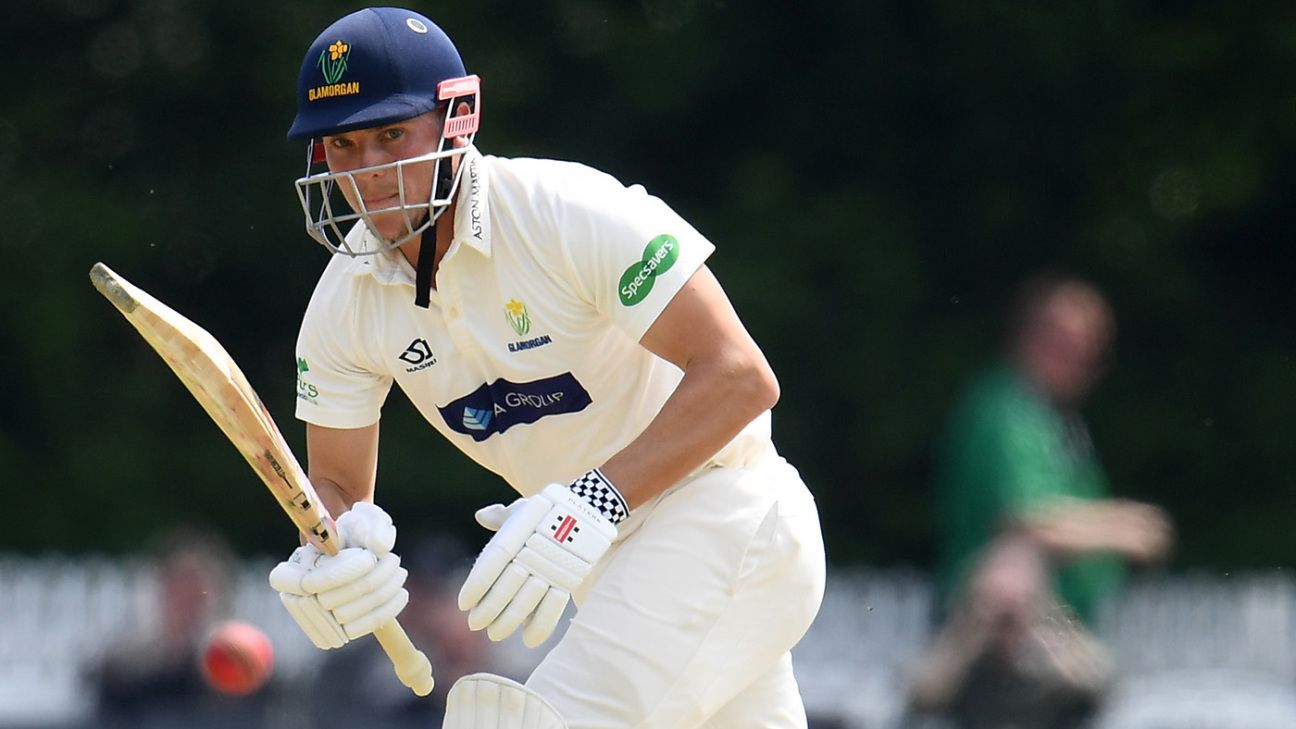 Charlie Hemphrey may have been born and brought up in England, but his classification as a non-qualified player looks set to end his career.

Hemphrey, the top-order batsman, has a year left on his contract with Glamorgan. But a combination of factors – not least the ECB’s insistence he should be viewed as not qualified to play for England and Glamorgan’s financial need to optimise the incentives for fielding players qualified to represent England – have left him resigned to his fate.

Now Hemphrey, who is currently playing Grade cricket in Australia, has called on the ECB – and Alan Fordham, their head of cricket operations, in particular – to “show some compassion” and make dispensation for him. Unless they do, he believes he has no future in the game.

“My playing career is over,” Hemphrey told ESPNcricinfo. “It seems ridiculous to me that someone who was born in the UK and spent most of their life there isn’t considered as England qualified. But unless the ECB show some discretion here – unless Alan Fordham does, really, because it’s his decision – they’re effectively ending my career.”

Hemphrey had an unusual route into the professional game. Born in Doncaster, Yorkshire, he went through the Kent Academy system before being released and going on trial around the counties. Unable to make any inroads, he moved to Brisbane aged 24 and took a job at the airport. At that stage, he had all but abandoned thoughts of a professional career.

But he continued to play at Grade level. So impressive were his scores that he broke into the Queensland side in 2015, soon becoming the first England-born player to register a Shield century since John Hampshire in 1978. By that time, Hemphrey had gained residency in Australia.

And that was the problem. Because although he changed his status to that of overseas player during the Australian 2018-19 season – becoming a very rare example of a Queensland overseas player in the process – the ECB’s regulations state that, once a cricketer has played “in Professional Cricket in any other country outside England and Wales… except as an overseas cricketer” they lose their status as qualified for England.

Hemphrey, therefore, has had to serve a three-year qualification process. He will be considered unqualified until the start of the 2022 season at the earliest.

That doesn’t mean Glamorgan could not select him. But the ECB also pays counties incentives to field players qualified for England. And Glamorgan, who have struggled financially for a few years, have told Hemphrey that they may well have to maximise the income they can gain from those incentives in 2021. That would almost certainly mean no place for Hemphrey.

“I’ve no hard feelings towards the club at all,” Hemphrey said. “I understand their financial position. I’m grateful to them taking a chance on me originally and being straight with me now.

“But I am disappointed with the ECB. They were perfectly happy to change the rules when they wanted Jofra Archer to win them a World Cup. I know I’m no world-beater, but it seems pretty tough to end my career like this. I’d like Alan Fordham to reconsider.”

Archer was a beneficiary of an ECB rule change which saw the qualification period reduced from seven years to three years. It came into force a few months ahead of the World Cup in which Archer was England’s top wicket-taker and most economical bowler.

He is not the only example that jars with Hemphrey, either. Darren Pattinson, who was born in England but moved to Australia at the age of six, was selected to play Test cricket for England in 2009 after just a few weeks back in the UK. The Glamorgan squad also contains numerous other players who were born and raised outside the UK, but are now registered as qualified.

The ECB point out that both Hemphrey and Glamorgan knew the rules when he first signed for the club. They also point out that it is their duty to apply the regulations consistently and that they are not preventing Hemphrey from playing for Glamorgan; it is the club’s choice as to how they allocate their budgets.

“The ECB applies the criteria for England Qualification with fairness and consistency across all elite domestic teams and their players,” a spokesperson told ESPNcricinfo. “The regulations allow players to be eligible to compete as County Qualified players even if they are not England Qualified”.

ESPNcricinfo understands that both the Professional Cricketers’ Association (the PCA; the players’ union) and Glamorgan have made representations on Hemphrey’s behalf. Hemphrey is now considering a future in coaching and umpiring, though he hopes the ECB may yet have a change of heart.

“I’m livid about it, to be honest,” Hemphrey continued. “These rules clearly weren’t put in place to prevent people like me, who have spent most of their life in the UK, from playing county cricket. But through a lack of flexibility – a lack of compassion, really – they’re ending my career. I just think they could show a little bit of discretion.”

There is no sign of such movement from the ECB. Instead, Hemphrey is planning to stay in Australia – at least until the pandemic subsides – and is understood to be negotiating the termination of his Glamorgan deal. It’s a sad ending to an unusual and in many ways inspiring story.

West Indies opt to play for draw on final-day tussle
Ross Taylor returns for opening round of Ford Trophy
“Wait For Right Time…”: Anurag Thakur On Ramiz Raja’s 2023 World Cup Warning
India clinch series after rain-hit tie in Napier
Williamson: Guptill will be missed but he has not retired