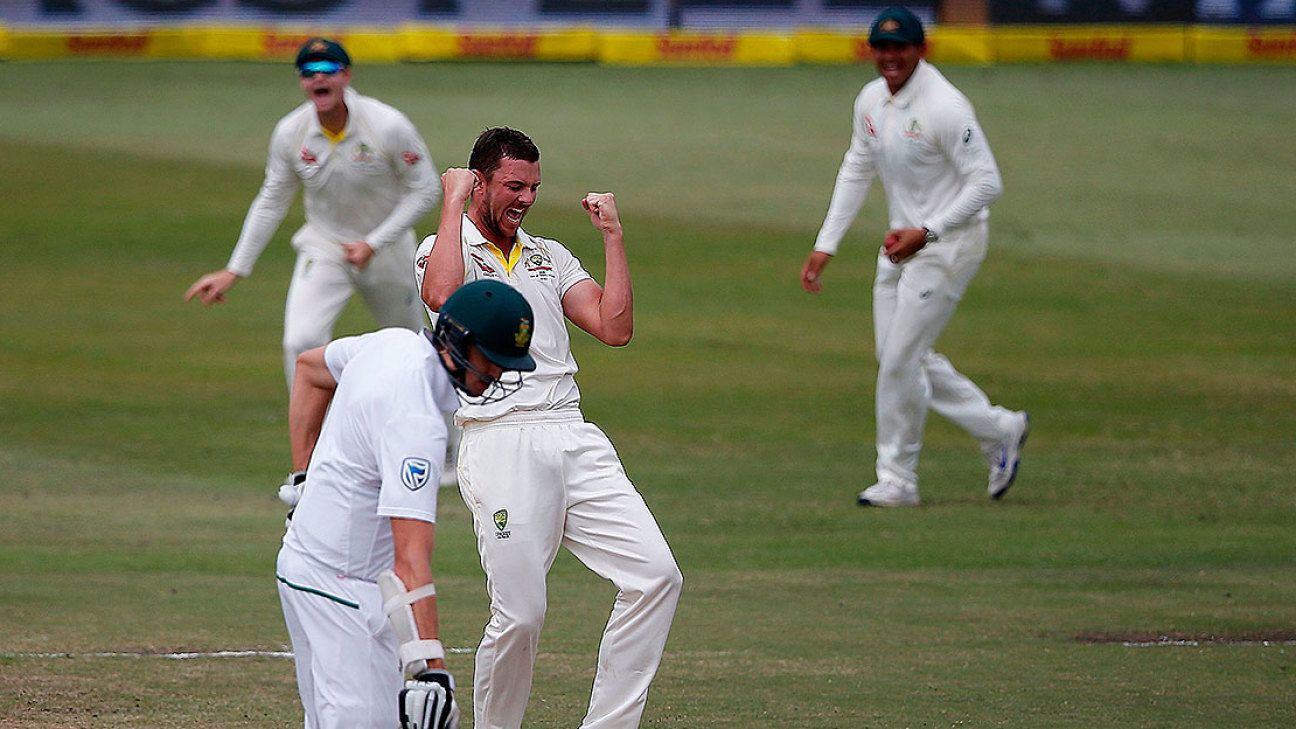 Cricket South Africa is confident Australia’s visit for three Tests will go ahead, with details set to “be finalised and announced in a week or so”, according to acting CEO Pholetsi Moseki.

ESPNcricinfo understands that the full series will be played on the Highveld, with matches divided between SuperSport Park and the Wanderers, and the Irene Country Club will be used as the teams’ biosecure base, as was the case for the Sri Lanka series over the festive period. While dates are yet to be confirmed, former Australia fast bowler Ryan Harris, speaking on SEN radio last week, suggested that the Australian team will depart their shores on February 24, with the Tests to start in early March. All these arrangements are conditional on the ever-changing situation of the Covid-19 pandemic.

“Australia’s tour at this stage is going ahead. I had a chat with the chair of Cricket Australia about a week ago and we agreed that the tour is going to go ahead,” Judge Zak Yacoob, chairperson of CSA’s interim board, said. “We agreed that we are going to ensure that our facilities are as good as possible, as good as necessary. We also agreed we learn every day but that is not on the basis that we did anything wrong when England was here because you know that none of the English were affected. That’s the bottom line. They all flew back and that was fine.

“But the learning in relation to this virus changes all the time and as it changes things must change. We agreed that as professionals neither he [CA’s chair] nor I know anything about this. We have doctors, we have experts, who lead us through this process and what we have adopted is an approach that as long as the experts on both sides, true professionals in relation to coronavirus and health, agree that the facilities are fine, we go on the basis that the facilities are fine. So far there is between the chair of CA and myself no doubt that the series will go ahead, but we have agreed also that the coronavirus is so changing, that we cannot predict what will happen. If things suddenly go down for the worse and we really can’t do it and our experts say we can’t do it and the other experts say we can’t do it, we won’t be able to.”

South Africa have already hosted two international series this summer, first against England, who were based in Cape Town, and then against Sri Lanka, who were in Johannesburg. England were due to play three T20s and three ODIs but left without playing the 50-over matches after concerns over the integrity of the biosecure environment. Three South African players and two hotel staff tested positive for Covid-19 over the course of the three T20s, as did two England players before the ODIs, though those tests were later proved to be false positives, while both teams were allowed out to play golf. CSA tightened protocols ahead of the Sri Lanka series, with neither team allowed to leave the base except to go to the ground, and that series took place without incident.

Given the success of the Sri Lanka series, that there are two Test venues on the Highveld and that it is more affordable for CSA to create a biobubble at the Irene Country Club than Cape Town’s Vineyard Hotel (where the players were housed for the England series), the Australia Tests are more than likely to take place in upcountry rather than at any of the coastal venues.

The only factor that could cause concern over hosting the series in the Gauteng province is the rising number of Covid-19 infections. South Africa are deep into the second wave of the pandemic and daily case numbers range between 10,000 and 20,000. The Gauteng province, where many festive holiday-makers have returned, is expected to see a continued rise in cases and there is concern that the healthcare system could be overwhelmed. Restrictions are in place countrywide, which include a 9pm-to-6am curfew and a ban on alcohol sales, but interprovincial and international travel by air is allowed. Despite that, several airlines, including Emirates and KLM, have temporarily suspended flights to and from South Africa.

In all likelihood, the Australian team will have to arrive by charter flight, but will not need to enter a strict quarantine on arrival. It is likely they will train in small groups at first and as a squad within a few days, as Sri Lanka did. CA has been in touch with the staff at the Irene Country Club to request extra facilities – such as a makeshift gym – and it is understood further negotiations concern the logistics around players’ families joining them on the tour.

CSA is expected to try and be as accommodating as possible to Australia given the financial importance of the tour. After losing USD 1.5 million from the postponed England ODIs, the Australia tour is the last opportunity for CSA to earn money this summer, and could also impact the negotiations for their new broadcast deal, which will be finalised in April. The deal is expected to be worth less than the previous one due to both the economic climate and the team’s declining fortunes, but a more competitive South African side that plays against top opposition regularly could bump up the value.

Australia, too, will be keen to play. After losing to India at home, they need to win two Tests in South Africa and draw the third in order to leapfrog New Zealand on the World Test Championship table. Australia have only lost one series in South Africa since readmission, in the 2017-18 summer. They have returned to play ODIs in the country since then and were whitewashed 3-0 last March, but this will be the first time their Test team plays in South Africa since the ball-tampering scandal.