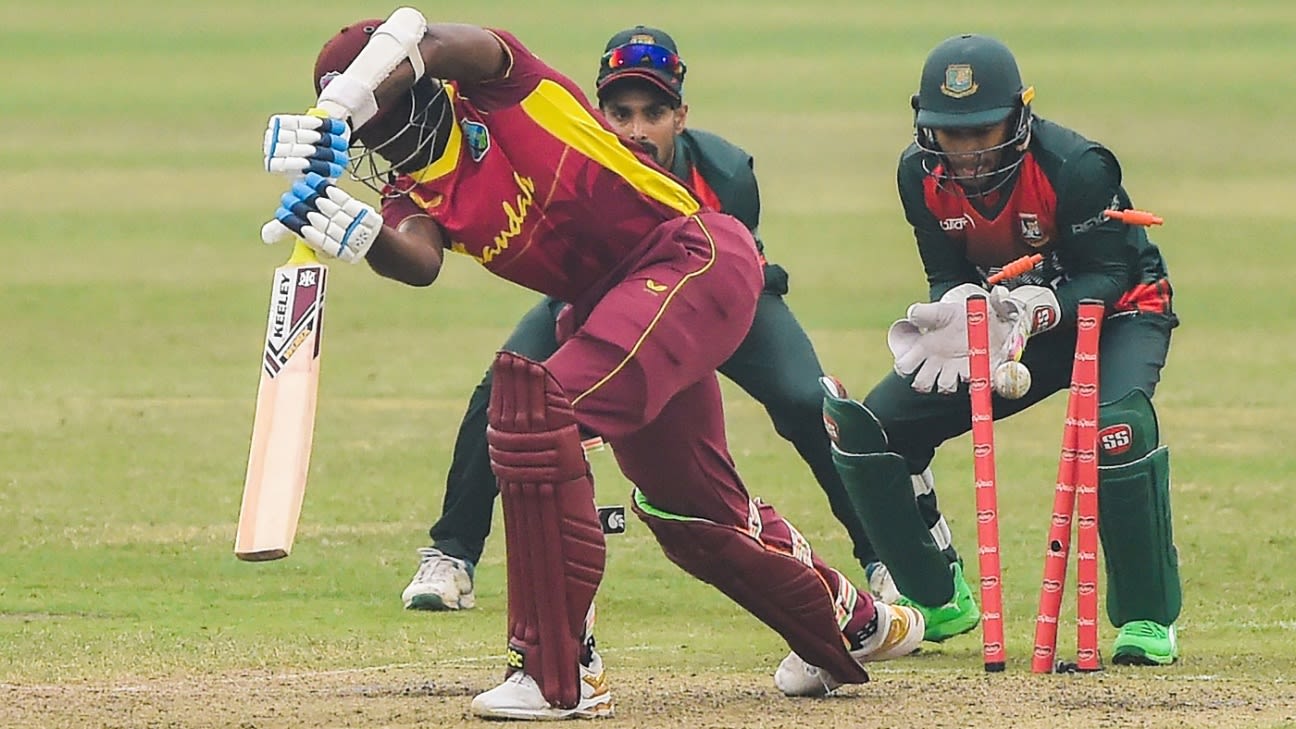 West Indies can no longer think about their lack of experience if they are to beat Bangladesh at home. Fast bowler Alzarri Joseph, one of the few members of this squad to have ODI caps prior to the game, said that they now have enough information about the opposition and conditions to mount a comeback in the second game on Friday.

West Indies went down by six wickets after being bowled out for 122. Joseph gave them a steady start, before left-arm spinner Akeal Hosein showed that their bowling has the bite that their batting lacked.

Joseph, who went wicketless in his eight overs but was highly economical, said that the West Indies camp is very motivated to bounce back in the second game, knowing full well that another defeat would be the end of the series for them.

“It probably might have boiled down to not having the experience playing against a team that is well experienced,” Joseph said. “Probably a bit of (lack of) application as well. But, that being said, we have already seen what is there to come at us, so we have no excuses in the second ODI. We have seen their bowling attack and somewhat of their batting. So we should be well prepared to give a better showing in the second ODI.

“Everyone is aware of what’s at stake. Everyone is pumped up to give a better showing in the second ODI. It is really important for us to come in. This game is even more important than the last one. If we lose this game, it’s the series. Everyone knows exactly what they need to do. We have to play harder, dig deeper and push the Bangladeshis all the way. From ball one to ball 300.”

Joseph admitted that had there been a hundred more runs on the board in the first game, they could have made a good fist of it. He said that the pace bowlers have to show patience in order to get the best of out pitches that are generally spin-friendly.

“Maybe 220 would have been a more challenging total based on what the bowlers put up yesterday. A few more early wickets, and you don’t know what could have happened.

“It wasn’t the best (pitch) to bat on, if I was to be honest. As a fast bowling group, we have to more consistent, hit good areas. Also play the patient game. I know its 50 overs, not necessarily the longest format. But being patient in the good areas is what is needed for the fast bowlers to be successful in this wicket,” he said.

West Indies could have made a bigger score on Wednesday, particularly after Kyle Mayers and Rovman Powell added 59 runs for the sixth wicket. But from 115 for 5, they slipped to 122 all out.

Joseph said that the lower order must take a bit more responsibility, and he himself has ambitions to become an allrounder, although his first priority being bowling.

“We all have our roles to play, weight to pull. If the top half got skittled out earlier, the bottom half has to pull that weight. It is a team. We all need to look within ourselves and realise that this is international cricket, and we have to do better.

“Personally I am aiming to become an allrounder myself. But as of now, I am just taking everything step by step. I am looking to, firstly, do my main attribute which is contribute what I can with the ball, and then I will give my best in batting.

Joseph however ruled out the notion that bowling first is the best way to go with their fragile batting and somewhat better bowling attack. “A toss could go either way. We all have to be prepared for what we have to do first, or second. I think it all boils down to cricket.

“We shouldn’t focus on the toss. We have to be better than Bangladesh in all three aspects if we want to win games,” he said.