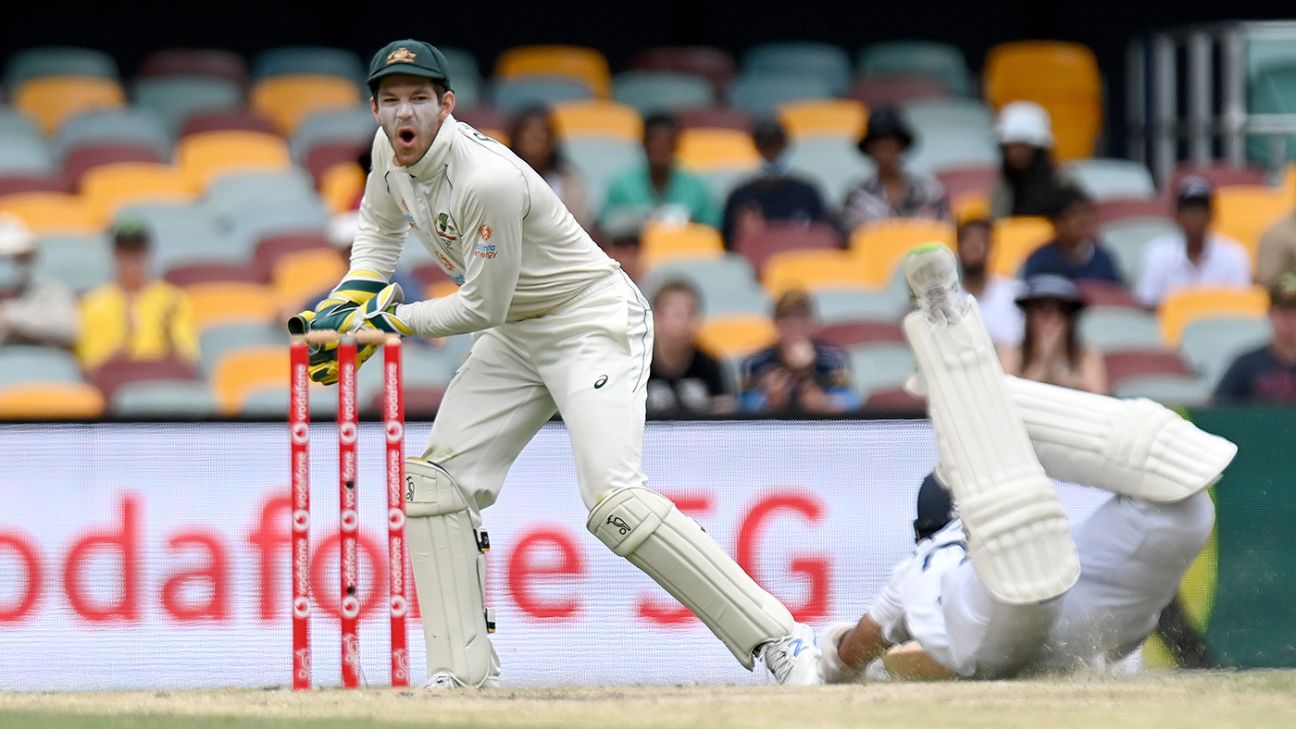 Australia remain a good Test team, but the defeat against India has highlighted a number of issues

Two years ago the defeat against India was taken with a nod of acceptance as the Australia Test team started to rebuild itself. This time, however, stumbling to a 2-1 loss against a side missing a host of first-choice players will leave much to ponder for the hierarchy. Here’s a few of the areas that will need addressing.

The pressure is on Tim Paine. He isn’t going anywhere in the next few months, but if Australia don’t get the results they need in South Africa to reach the World Test Championship final it may be viewed as an opportunity to take stock. It would be a big call to bring a new captain in for an Ashes series (although there could be a Test against Afghanistan beforehand to start with) but these things rarely happen at the perfect moment. Aside from the issue of timing there’s the question of who should follow Paine, whenever the decision is made. Pat Cummins is the vice-captain and while some see him as the next-in-line there are concerns about him being overburdened. However, other contenders either having significant baggage (Steven Smith) or having recently been dropped (Travis Head). Marnus Labuschagne could come up on the rails although has yet to have any leadership role.

On one hand this is probably solved reasonably easily once Will Pucovski returns to fitness and slots back alongside David Warner. However, even if Pucovski builds on his impressive debut performance it may not be long before he is the one looking for a new opening partner. Warner is 34 and has regularly spoken over the last nine months of having to make a decision over how much cricket he will play going forward. It could be that it is T20Is that are first to go after the back-to-back global tournaments in India and Australia in 2021 and 2022, but the next Ashes could also be a moment to ponder his Test career. Five openers were used against India; Matthew Wade is not a long-term option, Joe Burns needs to rebuild his credentials if he’s to come again and Marcus Harris’ return was unconvincing. Casting the net wider, Sam Whiteman impressed during the Sheffield Shield earlier this season and if Queensland’s Bryce Street builds on the start he has made, showing the ability to bat long periods of time, he could come into the frame.

In seven innings against India, Australia’s No. 5 (a combination of Head and Wade) made 124 runs at 17.71. Head played the first two Tests before being dropped to accommodate the return of Wade to the middle order. Wade’s shot selection came under particular scrutiny in the first innings at the SCG and the Gabba although in the short term his versatility – including as a back-up wicketkeeping option – could keep him in the frame for the South Africa tour. Longer term, the decision will need to be whether to return to Head (who averages a respectable 39.75 from 19 Tests) or look elsewhere for middle-order options. Moises Henriques has been part of the Test squad although at 33 would not be a forward-looking choice, Matt Renshaw is now a middle-order batsman for Queensland and Ben McDermott is being spoken about although still only has two first-class centuries. There are others who have been tried before and could come again including Peter Handscomb and Nic Maddinson.

Cummins was outstanding and Josh Hazlewood was excellent, but it became a difficult series for Mitchell Starc who claimed eight wickets in the first two Tests then just three more. He was targeted by India during their Gabba run chase and ended the series seemingly the most hampered by the strains of the four matches. A lot of the criticism that comes Starc’s way often feels over the top, but the time might have come to consider a more selective use of him – as was the case in the 2019 Ashes where he played just one Test (although should have been retained for The Oval) – to ensure he can always operate somewhere close to his peak. Australia have not played an overseas Test since that England tour so it’s difficult to judge whether that approach was really a one-off, but there is the impression they are very firmly wedded to their “home” attack unless for injury. When fit, James Pattinson is waiting in the wings, Michael Neser can’t do much more to push his claims, Sean Abbott has some outstanding Sheffield Shield numbers and hopefully Jhye Richardson‘s shoulder problems do not hamper his long-form cricket. At some point those bowlers need a chance.

Nathan Lyon had a disappointing series, made greater by the fact that Australia were unable to win in two fifth-day scenarios, but it is not panic stations regarding their premier spinner. He remains a very fine bowler and with a bit more luck – and some catches being held – might have come closer to a match-defining haul. It is also much to India’s credit in how they nullified him. Despite the emergence of Cameron Green it still remains difficult to see when Australia would play two spinners in the near future (an away series in South Africa, a potential WTC final in England and then another home summer) but in 2022 they are scheduled to have away series against Pakistan, Sri Lanka and India. As with those quick bowlers on the fringe, it will be a tough initiation for legspinner Mitchell Swepson if those were to prove his first Tests.