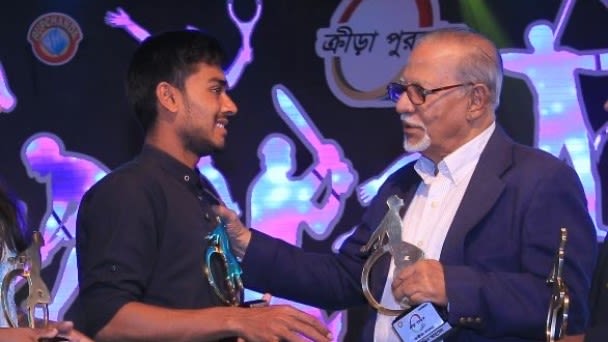 Raisuddin Ahmed, the former BCB general secretary who was instrumental in Bangladesh taking their first steps in international cricket, passed away in Dhaka on Wednesday. He was 82. Ahmed had battled with Covid-19, having been admitted to a hospital in Dhaka since December 25.

Ahmed was the board’s general secretary from 1975 to 1981, a period during which the MCC toured Bangladesh for the first time – in 1977 – and the team gained Associate status and participated in the 1979 ICC Trophy. Ahmed was a central figure in regularly communicating with Lord’s in those days, ensuring Bangladesh were a presence in the cricketing landscape. As a director of Biman Bangladesh Airlines, the national carrier, Ahmed also roped in Biman as cricket’s first major sponsor in the country.

During his time as the BCB’s vice-president from 1991 to 2001, Bangladesh took even more significant strides, as they won the 1997 ICC Trophy to qualify for the 1999 World Cup, as well as gain Test status in June 2000.

Born in 1939, Ahmed went to the three most prestigious educational institutions in Dhaka – St Gregory High School, Notre Dame College and the Dhaka University. He played first-class cricket for Dhaka University in the 1957-58 Quaid-e-Azam Trophy, and was a regular in the Dhaka league during the East Pakistan period, regularly opening the batting and bowling legspin. Ahmed was also East Pakistan captain in basketball, and later served as the vice-president of Pakistan Basketball Federation.

“Raisuddin Ahmed served Bangladesh cricket at a time when the game was struggling to take off. It is due to the selfless efforts of people like him that our cricket is where it is today. On behalf of the board, I extend condolences and sympathies to his family.”

Liam Livingstone withdraws from BBL in major blow to the tournament
Afghanistan opt to bat; Dhananjaya Lakshan in for Sri Lanka
Renshaw nudges the selectors with unbeaten century
‘It’s not personal’ – Hardik on not fielding Samson and Umran in New Zealand T20Is
Warner – ‘I’m not a criminal. You should get the right of an appeal’