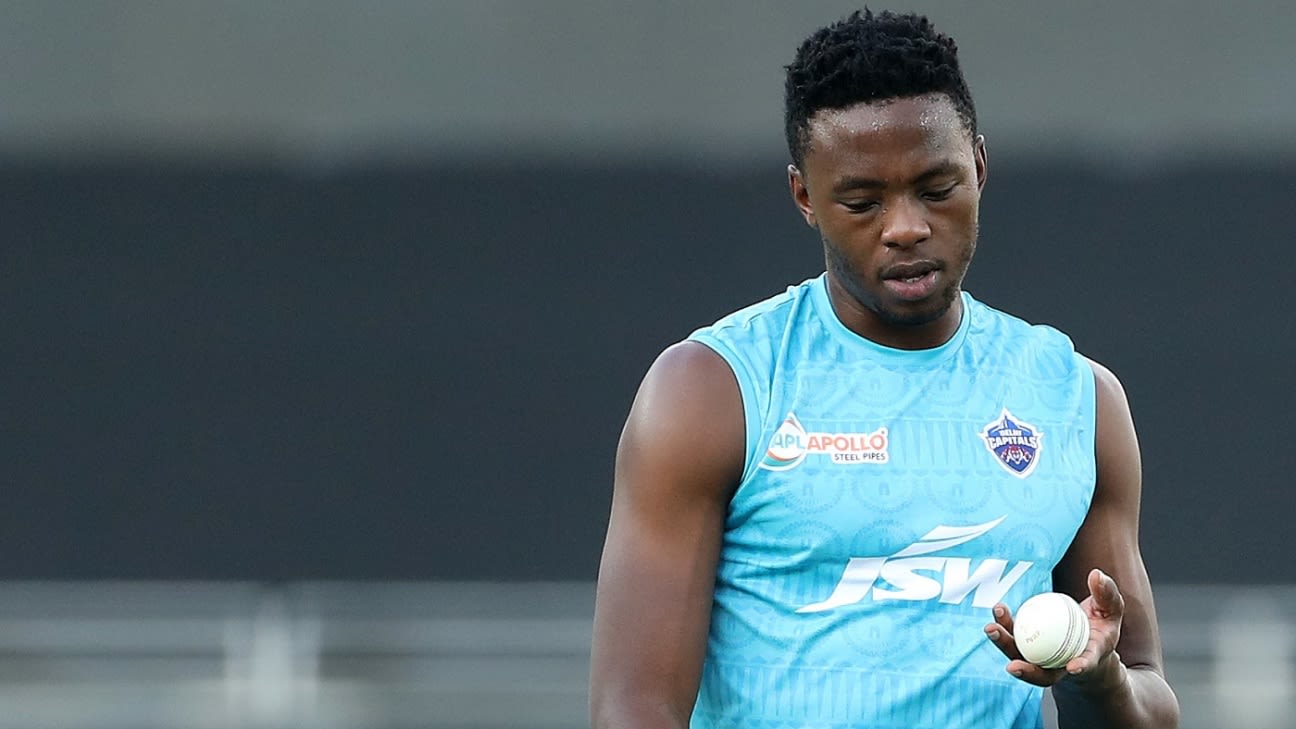 “It’s not going to be easy. It’s going to be a Test series we are going to have to earn the right to win.”

South Africa are expecting “reverse swing to play a role” in their upcoming Test series against Pakistan, according to pace spearhead Kagiso Rabada. Like the rest of the squad, this is Rabada’s first trip to Pakistan and his first impressions of conditions are that there’s a lack of bounce and movement but the potential for the older ball to move, which bodes well for him.

“The practice squares we have been playing on have been keeping low. There’s not much lateral movement, especially when the ball gets older. We’re suspecting that reverse swing is going to play a role,” Rabada said.

Rabada is the most experienced member of the South African attack and the only one with a proven track record of making use of reverse swing. His hope that it will be a tool he can use in the upcoming Test series is based on what he has seen at the team’s training venue, the Bomi Khambatta Cricket Pavillion, and he will have to wait until the weekend before getting a glimpse of the surface at the Karachi National Stadium, where the Test will be played. Nonetheless, Rabada expects everyone in the South African squad will have to “adjust” to unfamiliar conditions.

“The batters will have to adjust to the ball not bouncing as much as it does in South Africa. That’s always a challenge,” he said. “We are probably going to have bowl straighter lines. This is cricket 101. We’re not sure about how the venue is going to play but we have an idea.”

Rabada may be among the players that have to make the biggest adjustment. He has not played Test cricket in a year, since he last turned out for South Africa in the third Test of a four-match series against England. He was banned for the final game after an accumulation of demerit points for aggressive and provocative celebrations, something he has become known for throughout his career.

Despite several assurances that he will change, Rabada has yet to show that he can rein himself in and seems he will be giving it another try in this series. “It’s just impulsive. Seems like I never learn but I will have to learn,” he said.

Perhaps the thrill of Test cricket will be enough to keep Rabada in check, especially as he reaffirmed his love for the longest format above all others.

“But Test cricket challenges you – the weather, the conditions, it’s interesting to see how it all unfolds. Sometimes you are chasing the game, sometimes you are on top and sometimes it’s even and you have to work out ways to get on top and the other team is doing the same thing. builds up to such a climax. And at the end, after all the hard work you put in, especially when you’ve won, it’s extremely rewarding – more than any other format.”

But Rabada has not tasted a Test victory since South Africa beat Pakistan at home in early 2019. That was two years ago. Since then, Rabada played in home series losses to Sri Lanka and England and an away series defeat in India. He missed South Africa’s most recent assignment, at home against Sri Lanka, as he recovered from a groin injury sustained during the T20 series against England. For that reason, there’s some extra motivation for Rabada to go searching for a series win in a place he has never played in before, against an opposition he rates highly.

“I’m expecting Pakistan to come out fighting. They’ve got some good players. It’s not going to be easy. It’s going to be a Test series we are going to have to earn the right to win. I’d love to go back home with a trophy in the bag,” he said. “It would mean the world. We’ve just won against Sri Lanka and guys have taken a lot of confidence from that. It’s our first time touring Pakistan and it would be nice to get a win and climb up the ladder in the Test championship and to restore even more confidence because we know the capabilities we have as a team. We need to start showing that again and building on that.”

South Africa are all but out of the running for the World Test Championship final and lie fifth, more than 200 points behind their nearest rivals, England. But they are in a period of transition under Boucher and Rabada believes it won’t be long before they are back to their best.

“We know we can beat any team in the world. At the moment we are in a rebuilding phase but I think our future looks extremely bright. We are a new team; a building team; a team full of young energy. It is really exciting and I can’t wait to play.”