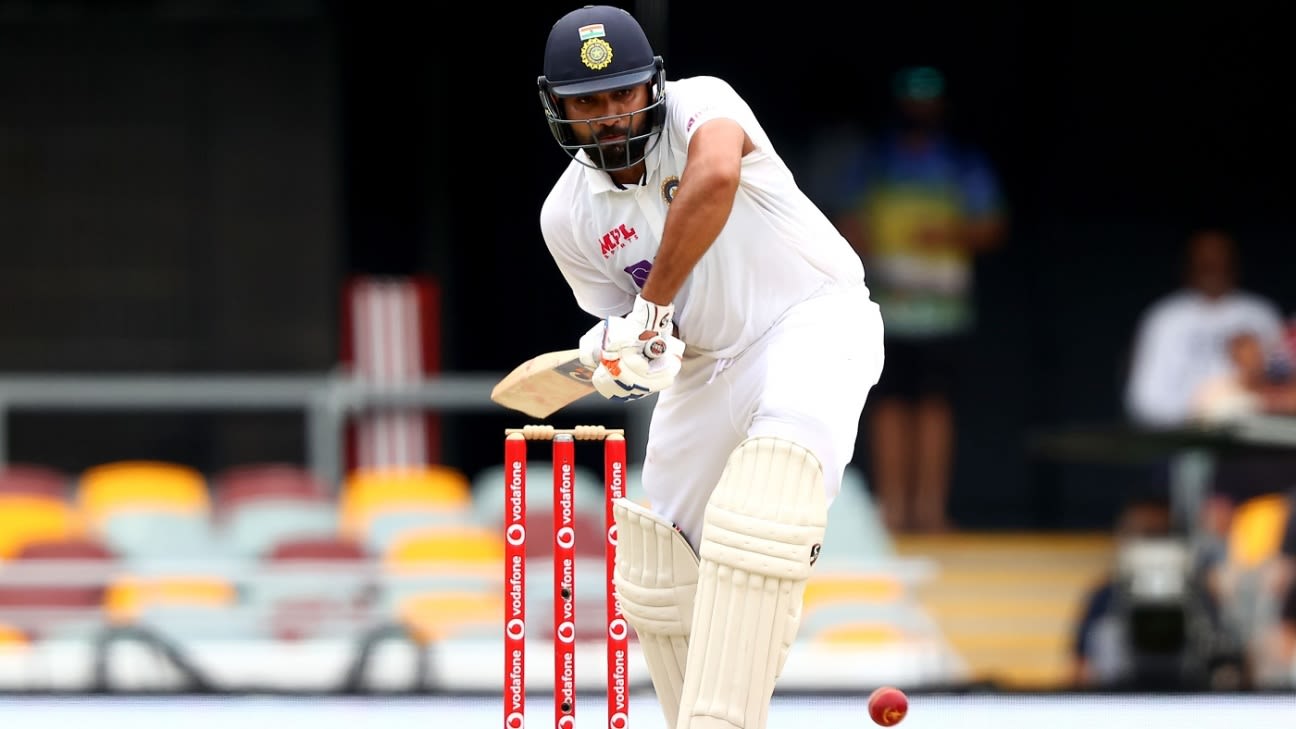 Welcome to our live report of the fifth day of the Australia-India Test from Brisbane. Join us for updates, analysis and colour. You can find our traditional ball-by-ball commentary here

There isn’t anything in the world today that will give you better than this. No fables, no mysteries, no fantasy worlds, no rollicking political thrillers will match up to India’s youngest members building around the oldest one, who took bruises, knocks and some amount of intimidation to take this game deep.

And then, the patience – yes, the patience – of Pant. Strung along at a strike rate around 40 for the largest part, gave himself time. “Give yourself time,” they’ve been telling him forever. He did at Sydney, it was his best Test innings they said. And then he comes back, and he brings us this. Unbeaten on 89, taking India to win with three overs to spare. At the Gabba. No one does this at the Gabba. A record chase, a loss for Australia for the first time since 1988.

A tied series was enough. A draw would do it. That was the talk all day. It was probably the balm that made this Indian line-up so composed today: play time, there’s little to lose. That manifested in a Shubman Gill innings of pure class up front. A 91 that kept Australia humble even as they kept breaching Pujara’s defenses to hit him, multiple times, on the body.

This was the last day, this was Starc’s time. Gill tore into him for an over of 20 runs, and Starc never quite returned all day from that. Spare a thought for Pat Cummins – No. 1 in the world, possibly the fittest man in the game. He had to do it all today, carrying that bowling line-up, arguably the best in the world, that has been defied three innings in a row now. And it culminates in a series loss.

This series was 0-1, India had been bowled out for 36. They were severely incapacitated. They had no business pulling off their greatest series win of all time, with ten minutes to go. Yet, here we are. What a series. Pure quality in every single session from two brilliantly competitive teams. It will take a while to forget it.

A hooked six, a spliced four, a ramp and a vicious sweep. Australia are utterly under the pump at the moment. There are no clouds, the cracks themselves are assisting India’s batsmen, and there isn’t a bowler in sight who seems to have an answer right now. India’s swashbuckling young left-handers are setting them up for history.

Exactly a 100 to win off 20 overs, and the new ball has been taken as a light drizzle comes down on the Gabba. This is it, for Australia – they need to make something happen here, and they need to do it quick if they want to win this game. The final bit of advantage they can get as a bowling unit today.

India now showing definite signs of aggression. That should only increase the deeper this game goes and, you’d think they’d be quite comfortable doing it as long as Pujara is at the other end; he has been a rock today, been struck thrice on the helmet, oe on the knuckles, and a handful of times on the body. But, as ever, he remains the assured figure in that batting line-up.

Shubman Gill fell short of a maiden hundred but he set the template at the other end, one that Ajinkya Rahane was looking to follow as well. But Pat Cummins keeps pulling things back for Australia, and he’s done exactly that again towards the end of the session. Runs against him seem a distant dream at the moment – but the others have been vulnerable, particularly Mitchell Starc so far. Onto the final session now of a superb series. India need 145 off 37 overs, Australia need 7 wickets.

Here is Sidharth Monga on the two lbw appeals against Pujara where it was deemed he wasn’t offering a shot:

“Two really interesting reviews against Pujara today when he has been adjudicated to not be playing a shot. Neither of the replays showed enough of the ball hitting the stumps or there would be a huge controversy because, quite simply, Pujara was playing both the balls. According to the lbw law, you are or not playing a shot if you have “made no genuine attempt to play the ball with the bat”.

Now there are times when batsmen do jump out of the crease and pretend to play a shot, hiding the bat behind the pad, but on both these occasions Pujara’s bat was next to the pad and not behind the pad the moment the ball hit the pad. These were two really harsh calls, and seem to have set a precedent, which will cast doubts in Pujara’s mind every time he steps out of the crease.

At the time of writing this, Pujara has faced 853 balls in this series. Another 25 balls, and he will have a second entry in top 10 balls faced by a visiting batsman in a series in Australia in which he has played only four Tests.”

There is life in this contest now! Australia have gone shorter over the last half an hour, and as was the case in the last few innings, the pitch has responded to being slammed down. It has coincided with the sun coming out and drying up the overnight moisture a little more as well, so Australia will feel a little better going into lunch.

And that is because India have batted superbly in the first session. They lost Rohit early but it’s been run-scoring from one end and trademark defiance at the other from Gill and Pujara. With little assistance for the bowlers early on, Gill drove gloriously through the line for his runs, and in the face of nasty short bowling, Pujara has worn a few on his body and been hit on the helmet twice without showing any signs of losing his shape. The pair has made sure India go into the break with nine wickets in hand and 62 overs to play.

It’s been a series of superb debuts on either side. Cameron Green and Mohammed Siraj ended pretty well yesterday doing their primary skills. Today, Gill has reminded us one last time this series that he is here and ready for Test cricket. All series he has been organised, had an appetite to attack when possible, and on this last day in a steep chase, he has provided just the start you need from an opener. A solid fifty.

Are non-existent so far. Maybe one from Starc has kicked up as goes around the wicket to aim for those cracks. But in general, it’s been consistent bounce today. Perhaps that has a little to do with Australia being fuller, and maybe the moisture underneath has helped too. To a smaller extent, the roller must have had an effect. But nothing scary so far for India.

These are all the dismissals in this game filtered for bowled, lbw and caught. A little caveat that it also includes wickets off spinners. But even accounting for that, the story is clear – it’s the fuller balls that are doing most damage. We’re likely to see more purchase for the relatively shorter lengths today, given the cracks and all, but Cummins capitalising perfectly this morning already. Pin the batsmen back, have them see a few kick up at them, and you can find the nicks off a good length.

Thirteen years ago, Irfan Pathan was named Man of the Match as India beat Australia in Perth. Things weren’t quite on par the way they are now, but this is the kind of thing that’d satisfy the optimistic Indian fan. H/T to Gaurav Sundararaman for spotting this.

We head into the last day of this sensational series with the opportunity for plenty of drama. India need 324 to win the series, Australia need 10 wickets. In both their paths is a glum forecast, but only one team really NEEDS to win. And that is Australia. A draw doesn’t do too much harm to India in terms of WTC prospects – considering they have a big home series coming – and they would get to retain the Border-Gavaskar Trophy. For Australia, it’s not that simple on either of those fronts. But perhaps the one thing they have going for them is that it is a lot easier to force a result with the ball rather than with the bat on this pitch and in these conditions. This is the piece with all the WTC scenarios for the two teams.

And here is some info about the weather forecast for today. We are scheduled for 98 overs on paper.

Hasaranga denied NOC to play in the Hundred, forced to pull out of £100,000 contract
Axar, Bishnoi and Kuldeep share all ten wickets as India go 4-1 with commanding win
Tamim: ‘Poor catching had to cost us at some point, today was the day’
SA cruise to 10-wicket win after SL shot out for 46
Ireland’s chance to improve on near-misses as they gear up for South Africa