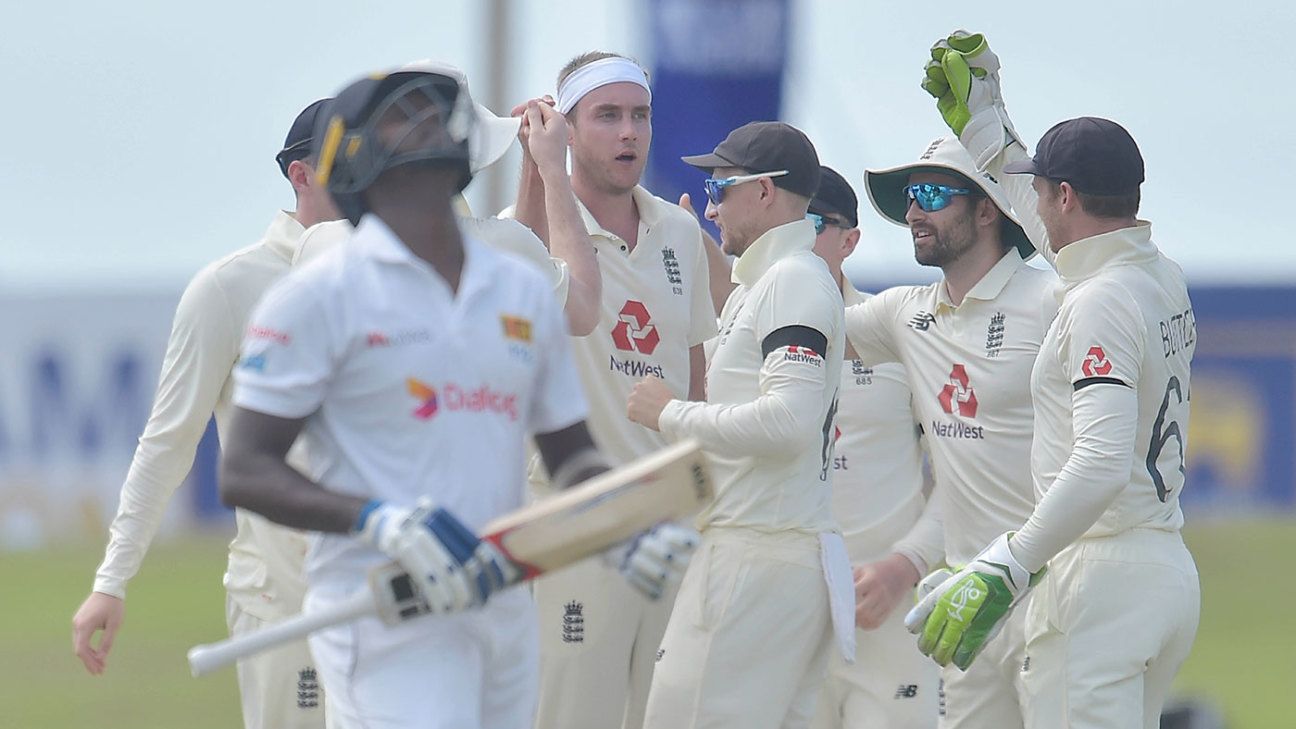 “The wicket was not offering anything for the fast bowlers but he was still moving the ball.”

Eleven of Stuart Broad’s 17 overs in the second innings in Galle were maidens. Angelo Mathews, who faced 37 Broad deliveries in that innings, managed only one scoring shot against him. At times, Mathews said, it felt like he was facing Broad in England.

On a pitch that has historically been unkind to quicks, Broad was not only phenomenally accurate, he also attacked the stumps more than he might at home, bowled leg-cutters that almost spat off the dusty Galle surface, and changed up his pace. He’d also taken three wickets for 20 in the first innings, sparking the collapse that essentially won England the match.

Mathews went on to make 71 in the second innings, but thanks in part to Broad’s miserly bowling, Mathews’ strike-rate was down at 32.

“We all know what kind of a bowler Broad is – he’s taken over 500 Test wickets and he’s one of the best fast bowlers going around,” Mathews said. “On any kind of surface, the wicket was not offering anything for the fast bowlers, but he was moving the ball. One spell I felt like I was playing in England against him because he was moving the ball. That’s very difficult for a fast bowler to do in these conditions in Galle.”

England spinners were not far behind on the accuracy front, according to Mathews. Dom Bess and Jack Leach bowled 74.5 overs between them in the second innings, going at less than three an over between them. Leach claimed a five-wicket haul, and Bess took three wickets. They took 14 of the 20 Sri Lanka wickets to fall in the match.

“Even the spinners didn’t give anything away,” Mathews said. “They didn’t give loose deliveries at all. Even though the wicket was turning, and they were trying to take wickets. It was pure Test cricket where they held on to a line and length and we actually made a lot of mistakes by trying to go for too many shots too early off good balls, where we couldn’t score off.”

Despite the England attack’s accuracy, and although many Sri Lanka batsmen got out playing attacking shots, Mathews does not think a more conservative batting approach represents Sri Lanka’s best hope of levelling the series in the second Test. Generally, the thinking at Galle has been to score your runs briskly, before the inevitable unplayable delivery comes your way.

“The way I play is different to a Dinesh Chandimal or a Kusal Perera or a Niroshan Dickwella,” Mathews said. “We’ve got to find our scoring options rather than try to copy some other batsman. Joe Root played a magnificent innings and we can learn a lot from the way he batted, but sometimes the shots he played, we can’t play. We need to be able to understand what we can and what we can’t do on these wickets against their bowlers.

“It’s not about being conservative. You always have to look to score runs. But you need to understand how you can score runs off these bowlers and in these conditions.”