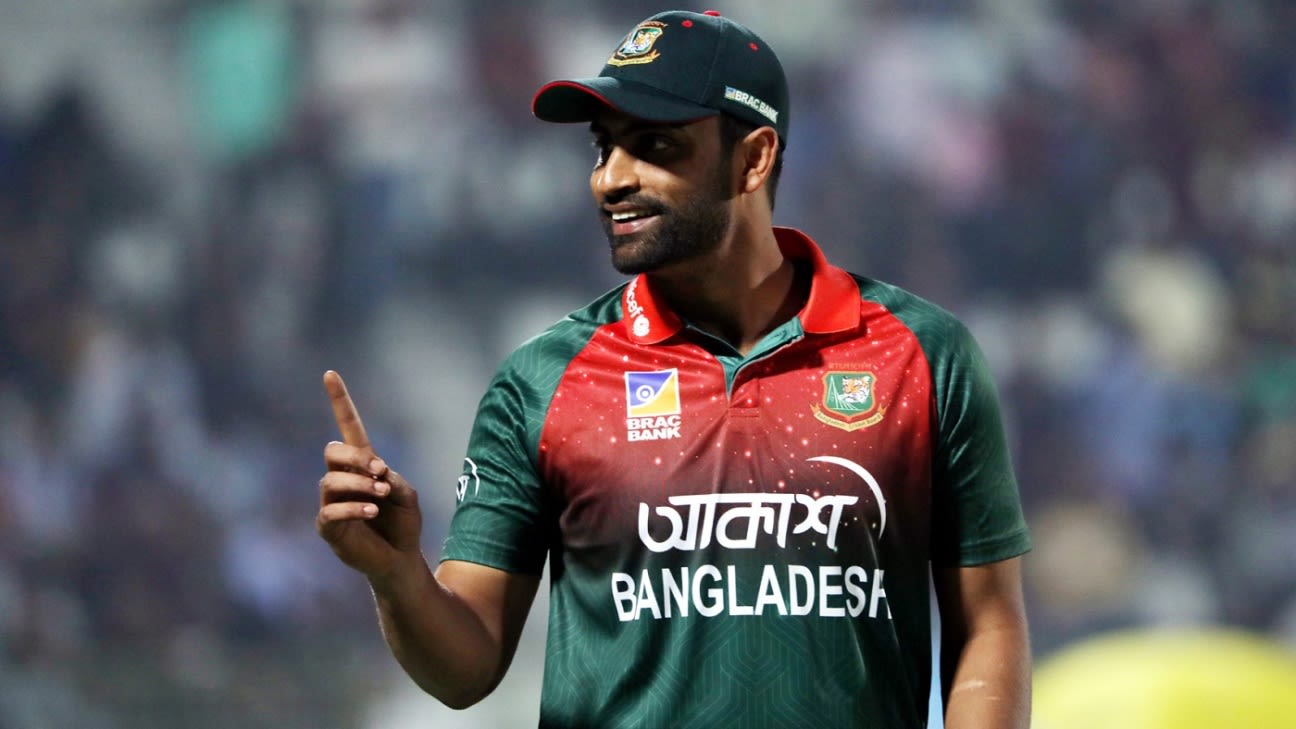 Every ODI is important in Bangladesh’s road to qualification for the 2023 World Cup. This is what new ODI captain Tamim Iqbal believes. Bangladesh will start their ODI Super League campaign against West Indies on Wednesday, with the top eight teams (including hosts India) set to qualify automatically for the showpiece event.

Bangladesh were in danger of not qualifying directly for the 2019 World Cup, but series wins at home over South Africa, India and Pakistan in 2015 helped them enter the top eight of the ICC ODI rankings.

This time around, they take on West Indies, New Zealand and England (all in 2021), along with Afghanistan and South Africa (in 2022) in three-match bouts in the road to the World Cup. They were to play Ireland and Sri Lanka, but both the tours were postponed due to covid-19.

“We are likely to play 27 or 28 ODIs from now till the start of the 2023 World Cup and the points system have made every game important for us,” Tamim said. “These are not your usual series that it doesn’t matter if you lose. Every game is important to qualify for the World Cup. We would like to ensure that we don’t have to play the qualifying tournament, and we remain in top eight. It doesn’t matter what team we are playing, we will only work with what we have under our control.”

Tamim, who was named captain last March during a BCB board meeting, has had to sit out for nine months like the rest of the Bangladesh players, due to the pandemic cancelling or postponing a majority of their assignments. His full-time captaincy was supposed to begin in Ireland last May, but in the absence of international cricket, he led the teams he played for in the BCB President’s Cup and Bangabandhu T20 Cup.

“I think it is a bit of an advantage that I led two sides before starting off my international captaincy,” he said. “We missed several series unfortunately due to the pandemic. Both the tournaments were quite hard for me, and that’s when you learn a lot. If I have done well, I know what to take forward.

A veteran of 345 internationals spanning 13 years, Tamim wants to try and understand which of his players would require him by their side, and which of them needs space. “Mashrafe bhai has done a lot for the team, no doubt. I will try to give my best,” he said. “I will try to lead the way I can. Some individuals need me to speak to them, while others like to have their own space. You have to know who you are dealing with, and act accordingly.”

Tamim said that he was aware of the baggage that comes with leading an international side, particularly the criticism that could come his way. “I don’t think many cricketers in Bangladesh have heard as much criticism as I have, some necessary and some unnecessary criticism,” he said. “I am prepared for it. When you accept captaincy, you have to accept what comes with it. There will be both criticism and praise.

“The most important thing for me is whether I am enjoying the role or not. At the moment, I am in a good headspace. I am excited about the game tomorrow, but it is also important to see how I react three or four months, or a year from now. I am ready for everything, whether it is criticism or praise.”

Hasaranga denied NOC to play in the Hundred, forced to pull out of £100,000 contract
Suryakumar rises to No. 2 in T20I batting rankings, within two points of top-ranked Babar
Maroof: ‘India have gained confidence because of opportunities to play in other leagues’
Richard Thompson appointed ECB chair for next five years
India opt to bat in first semi-final; both teams unchanged