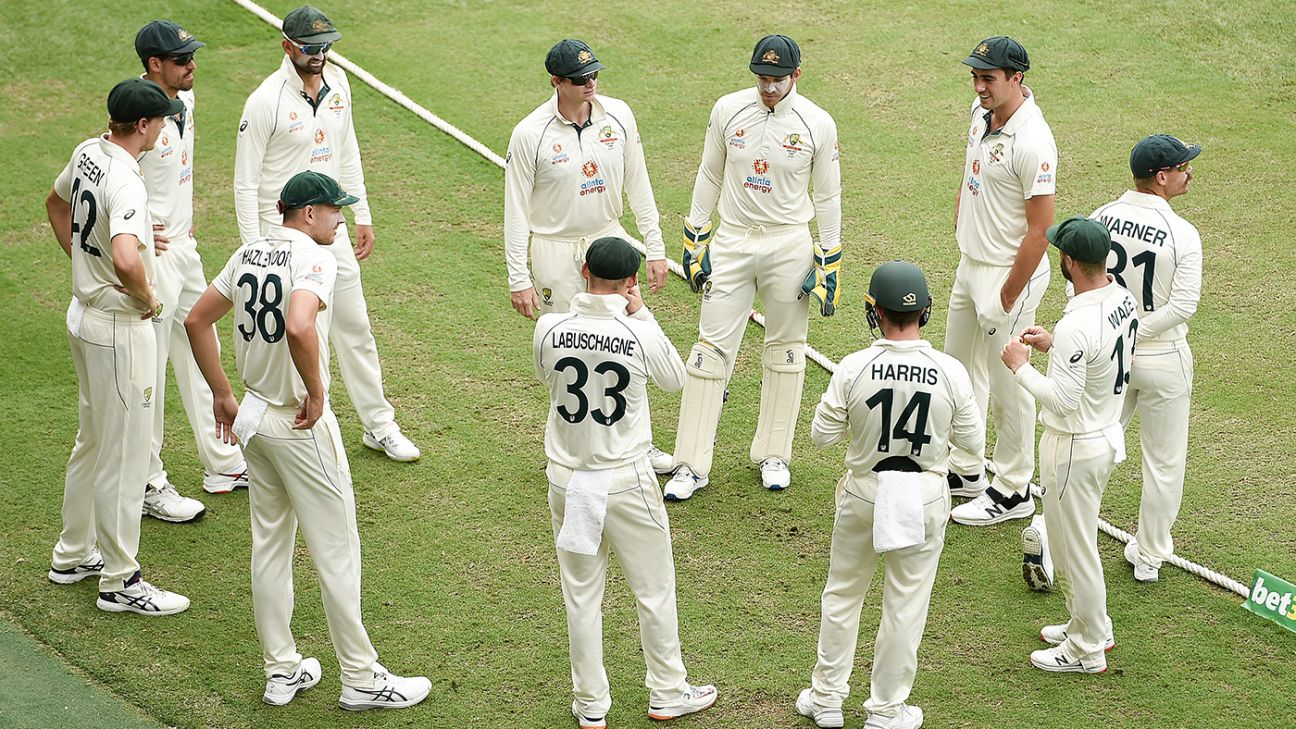 What the Gabba and Galle results mean for each of the three teams, and New Zealand

India’s incredible 2-1 series win means they are now strong favourites to make it to the final of the World Test Championship, while Australia have plenty to do before they secure a place in the top two. Here is how the points stack up for the top teams after the Gabba result.

India
India have moved to the top of the table, with a points percentage of 71.67, with New Zealand currently second. To stay ahead of New Zealand’s 70, they need 80 more points out of 120 in the four-Test home series against England. They can get there with a 2-0 series win; if they lose one Test in that series though, they will need to win three. Given India’s home record in the last eight years – 28 wins, one loss in 34 Tests – they should fancy their chances of securing those 80 points.

Australia
The unexpected series defeat against India has severely dented Australia’s chances of making the top two. Their points percentage has dropped to 69.2, and they will need 89 points from the three-Test series against South Africa – which is yet to be confirmed – to go past New Zealand. That can only happen if they win at least two Tests and draw the third, in which case they will get 93 points from the series.

This series defeat also brings into sharp focus the four points they dropped due to slow over-rate in Melbourne. Had they not dropped those points, they would have been on 70 even with this defeat at the Gabba. If teams are tied on points percentage, the runs-per-wicket ratio comes into play in determining the WTC finalist (since teams have played an unequal number of series in this cycle, the series wins criteria isn’t being considered); Australia’s ratio is currently 1.39 while New Zealand’s is 1.28.

This means Australia would have stayed ahead of New Zealand if they hadn’t been docked those four points. Now, they will have to hope that the series against South Africa goes ahead and they win that at least by a 2-0 margin, or hope that India drop some points in the series against England.

England
England’s win in Galle has brought them into the conversation as well, but for them to go past New Zealand, they will need to win the second Test in Sri Lanka, and then beat India 3-0. Even a 2-2 drawn series will not be enough for England to go past India and finish among the top two.

‘We are excited about the prospect of playing the WTC final’ – Babar Azam
Northern demolish Sindh to win Quaid-e-Azam title for the first time
Hurraira 221, centuries from Amin and Waheed give Northern total control
Malhotra, Paranjape and Naik make up the BCCI’s new Cricket Advisory Committee
Shemaine Campbelle and Kycia Knight back in West Indies squad for ODIs against England