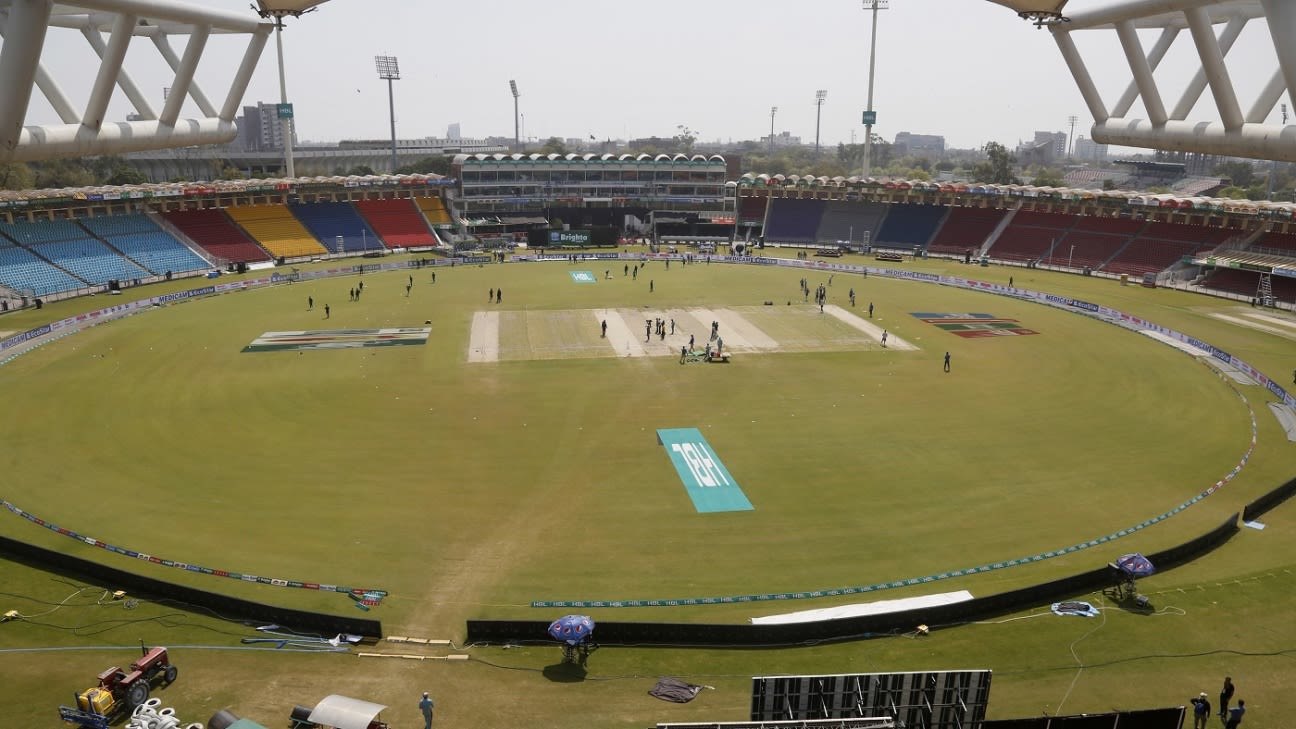 If approved, the PSL could see stadia filled at up to 30% capacity

The possibility of crowds at the Pakistan Super League is not out of the question, with the PCB open to it pending approval from the government. The PCB wants to have stadia at 30 per cent capacity in both Karachi and Lahore, and awaits permission from the government before going ahead with their contingency plans. The PCB intends to host up to 10,000 spectators at the National Stadium Karachi (capacity 32,000), and a maximum of 8000 at Gaddafi Stadium Lahore (capacity 27,000).

In the last update from the National Health Centre in September, sports got the green light to resume at grassroots and recreational levels with adequate safety measures in place. But the guidelines were separately designed for indoor and outdoor sports. The last available guideline reads: “Spectators should be allowed for sports/ games with outdoor pavilions while ensuring six feet of distancing between them.” It forbade the number of spectators from exceeding 50% of seating capacity. Since cricket is the most popular sport in the country and draws the largest crowds, the PCB will need federal and provincial approval to have crowds at the PSL, with the regulations concerning what is permitted determined at government rather than PCB level.

Welcoming crowds back at the PSL will be the next major step after the PCB conducted the cricket season so far behind closed doors. Professional cricket returned to Pakistan in September after a 24-week hiatus forced by the Covid-19 pandemic. The 2020-21 domestic season had kicked off with PCB forming a bio-bubble for teams in hotel with strict standard operating procedures. It had started with the National T20 Cup – played over two legs in Multan and then Rawalpindi – followed by the first-class tournament Quaid-e-Azam trophy, held fully in Karachi. Four remaining games of the fifth edition of the PSL in Karachi were followed by a home series homes against Zimbabwe.

The National T20 Cup and the home series against Zimbabwe was not open to crowds, and the upcoming two-Test, three T20I series against South Africa will also be played in empty stadia. The PSL is scheduled to start on February 20 with 34 matches in total.

Pakistan did experience a surge of coronavirus cases over the winter, though cases did begin to tick downwards after the closure of schools last month. The government has urged people to take necessary precautions, but enforcement remains low and most public places – shopping malls, marriage halls and public transportation – are fully open. However, with set to reopen next week and the PSL still over a month away, any decisions taken over crowd involvement at the league are set to remain subject to change as the situation evolves.

Raza: I may not be a fighter pilot, but I am a fighter within myself
Zimbabwe bowl and make five changes to the XI against Bangladesh
Chris Gayle To Play In 2nd Edition Of Legends League Cricket
Sibley and Lawrence handed Lions chance in South Africa tour match
Litton Das ruled out for a month due to hamstring injury, in doubt for Asia Cup