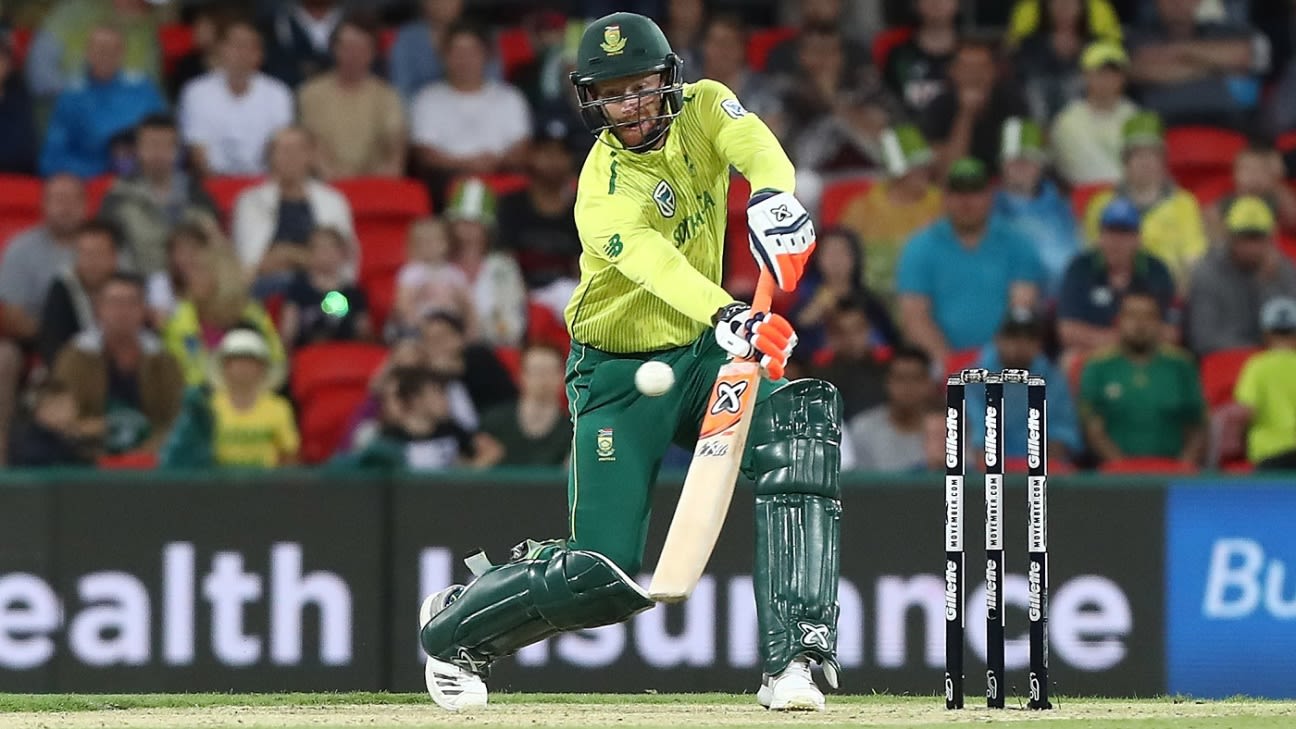 Heinrich Klaasen will captain a second-string T20I side in Pakistan, with several regulars prepping for Tests against Australia

Heinrich Klaasen will captain a second-string South African T20I side in Pakistan, with most of the Test squad returning home to prepare for a three-match series against Australia, scheduled to start in March though yet to be officially confirmed. George Linde, Dwaine Pretorius, Tabraiz Shamsi and Lutho Sipamla are the only members of the Test squad that will remain in Pakistan for the T20Is.

Details of which members of the coaching staff will remain with the T20I squad are still to be finalised. Last week coach Mark Boucher revealed that initial plans were for him to return home with the Test squad and assistant coach Enoch Nkwe would remain with the T20I team. It is not yet clear whether bowling coach Charl Langeveldt and fielding coach Justin Ontong will travel back to South Africa or stay on in Pakistan.

“We’re in the final stages of concluding plans for how the coaching and support staff will also be managed for the two tours. We will share those details when they have been finalised,” Graeme Smith, director of cricket, said in a statement. “It’s an example of the measures that some cricket nations will have to put in place to ensure that they can squeeze more than one tour in a period of three or four months, while fulfilling Covid-19 protocol obligations.”

CSA has also yet to confirm the travel arrangements for the T20I side, which will hinge on whether Emirates airlines resumes flights into and out of South Africa, allowing for the team to take a commercial flight. The Test squad was originally booked on Emirates flights last Friday but the airline suspended all travel to the country for “operational reasons” from January 16 to 28, forcing CSA to organise a last-minute charter for the Test side. Given the costs of charters, CSA is understood to be reluctant to book another and there was some concern that the T20I series would be at risk. As things stand, it is set to go ahead.

“A lot will be said about the inexperience of this team, but the selection panel and I believe we have a special group of players in this team that will do us proud in Pakistan,” Victor Mpitsang, South Africa’s convenor of selectors, said. “It’s a big year for T20 international cricket, with the World Cup coming up and this is the ideal opportunity for youngsters to put their hands up and grab opportunities, however they may come. We are excited to see what these youngsters will do under what won’t be the easiest of conditions, but more than that, we as a panel, are looking forward to seeing the more experienced players step up as leaders and take ownership of the team.”

While regular white-ball captain Quinton de Kock will be back to lead the T20I squad as the World Cup draws nearer, the Pakistan matches are an opportunity for opening batsmen Janneman Malan and Reeza Hendricks and death bowler Junior Dala to make strong claims for more regular inclusion in limited-overs teams and for Klaasen to cement his spot as a senior player. Though it will be his first time captaining South Africa, he has previously led the Titans franchise 21 times in all formats and captained the Tshwane Spartans in the inaugural Mzansi Super League.

While none of the senior seamers are included, Dala and Pretorius have international experience, left-armer Nandre Burger has a domestic reputation for swinging the ball and Glenton Stuurman, who was part of the Test squad for the Sri Lanka series but didn’t play a game with a quadricep injury, could finally make his international debut. Shamsi will head up the spin department, with Smuts, Snyman and Bjorn Fortuin in reserve.

South Africa will play three T20s in Lahore on February 11, 13 and 14. The dates and venues for the Tests against Australia are yet to be confirmed but it is understood the series will start in late February or early March, necessitating those players that will be involved to return home from Pakistan at the conclusion of the second Test on February 8.