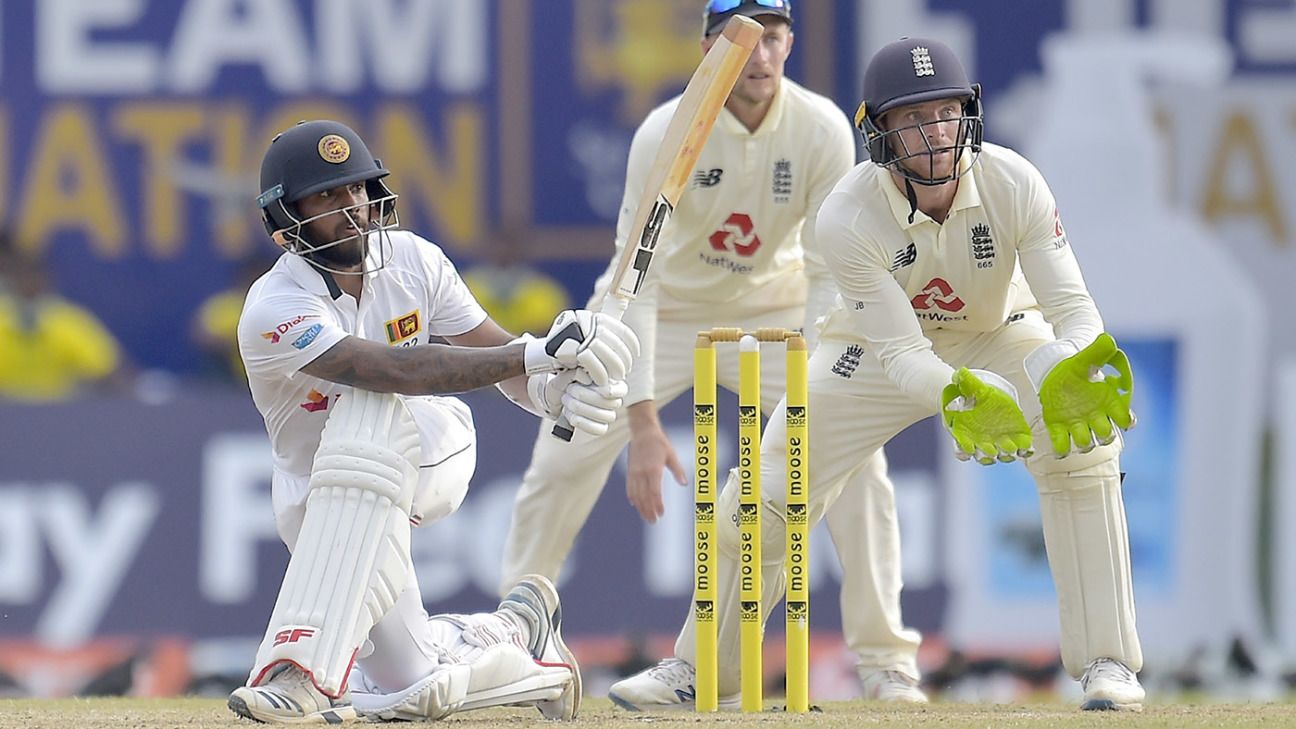 Dimuth Karunaratne and Kusal Mendis will not play for Sri Lanka in the second Test against England, after both were released from the squad and its biosecure bubble, along with three other players.

Karunaratne and Mendis have been let go for different reasons. Karunaratne, the regular Test captain, has not sufficiently recovered from a finger fracture suffered on the tour of South Africa, where he sustained a blow during his second-innings hundred at the Wanderers. Mendis, meanwhile, has been ommitted due to poor form – he has four consecutive ducks and a 15 in his five most-recent innings. Roshen Silva is among the batsmen vying to replace him.

Also released from the squad were fast bowlers Lahiru Kumara and Nuwan Pradeep, as well as reserve wicketkeeper-batsman Minod Bhanuka. With Sri Lanka hoping that Suranga Lakmal will be fit for the second Test, no other frontline seamers may be required – the preferred strategy being to play three spinners and one quick. From the fast-bowling contingent, Asitha Fernando (who played the first Test), Vishwa Fernando, and Dushmantha Chameera remain with the squad.

The second Test against England begins in Galle on Friday. Sri Lanka lost the first match by seven wickets.