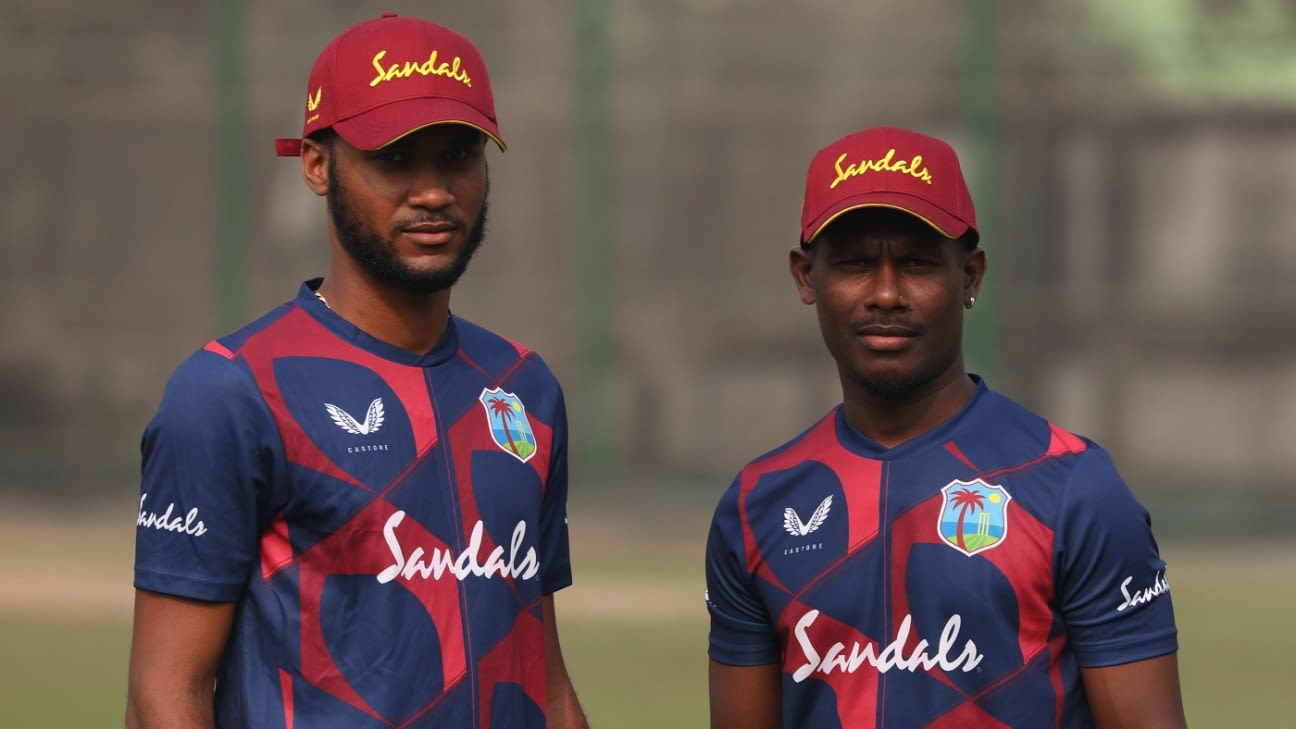 A few hours after India’s historic three-wicket win over Australia, the first question posed to Jason Mohammed, West Indies’ ODI captain, during a virtual press conference, was about how his makeshift team of newbies and returnees can take inspiration from Brisbane.

Mohammed, himself returning to the ODI side after more than two years, said that India, who had an inexperienced side after several injuries, showed what belief could do to a group of cricketers on a tour to a country where the home side wins often.

West Indies are in Bangladesh where the home side has won the last three ODI series, one of them against a much stronger West Indies side two years ago. If this West Indies side, and certainly Mohammed, can relate to India’s situation in Australia, they can definitely be inspired to do something similar.

“It is something that we will look to,” Mohammed said. “It depends on how you play on the day. Obviously, a lot of the guys will be making their debut. Once you have the belief within yourself and within the team that you can win games, these things are achievable. It showed in the India-Australia Tests. We have the same mindset, to play some good cricket starting tomorrow, and hopefully results can go on our side as well.”

But it remains an uphill task. West Indies has had to make do with several newcomers after much of their main squad pulled out of this tour, their third during the pandemic. It is a subject that nobody on tour wants to talk about, at least publicly, but it is a subject that is hardly going away.

Mohammed, a middle-order batsman who also bowls part-time offspin, said that he has told his team to enjoy the moment of playing for the West Indies, and trying to bring together their performances for the team’s cause. “We are just looking to enjoy the series and our first game. It is a big opportunity for all of us here representing the West Indies. We just want to do well as individuals, but importantly, bring it together and do it for the team. We want to have some good results here. There’s a lot of positive going around. We had couple of days in Bangladesh. We have prepared well. Hopefully we can use whatever we learned here, and put in practice in the game,” he said.

Mohammed said that he feels they are well prepared, despite the short window that they got to train in Dhaka over the last week, to tackle Bangladesh’s spin. Mainly, they have to ensure that they can thwart Shakib Al Hasan, who is returning to international cricket after his 12-month ban.

“We have a lot of positives. We had a couple of practice sessions and the game within ourselves. The batters looked pretty good I must say. The main thing coming to Bangladesh is a lot of spin. We just have to play it as we see it in the game. Whether we attack, defend or rotate.

“It is going to be a little bit challenging but I think we prepared well, and we are up for the challenge. We have to play (Shakib) as we see it. We know he is one of the best going around the world. We just have to stay positive against him. If there are balls that we can score off, we have to score. If it is good balls, we have to defend,”