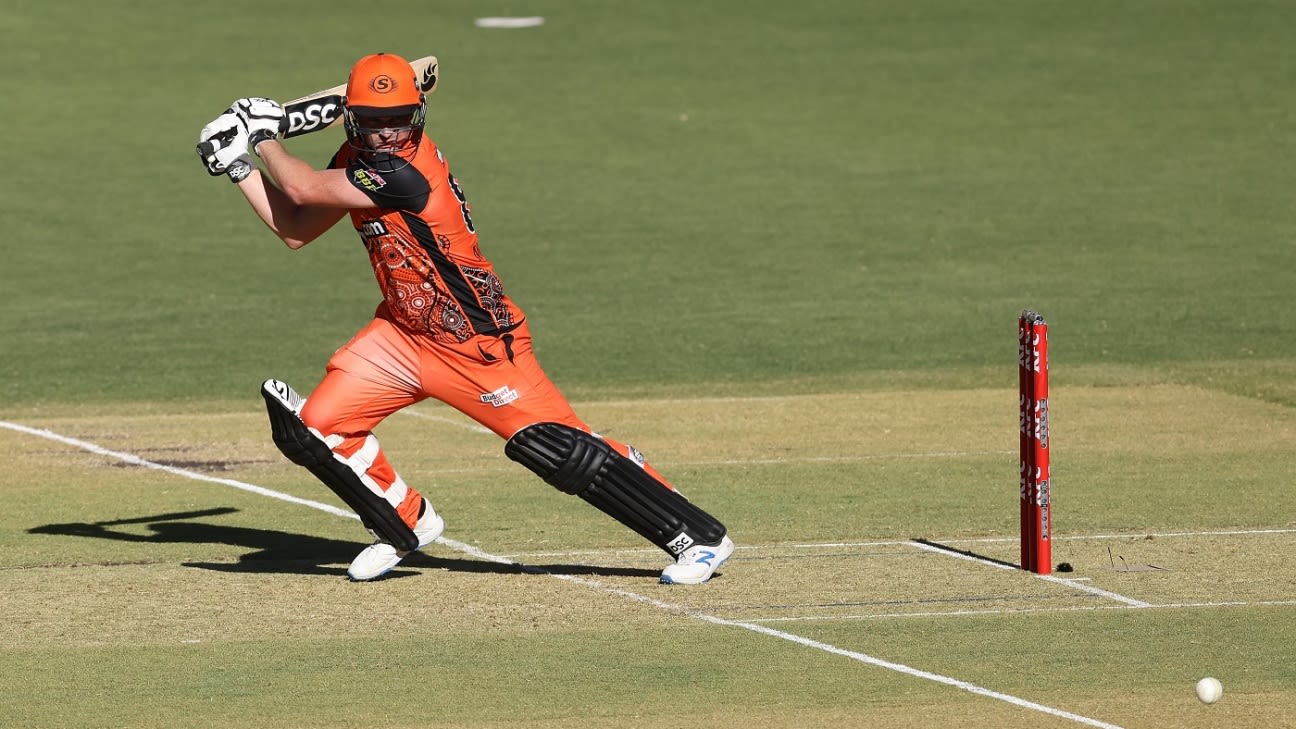 Munro overcame a sluggish start but he hit full tilt in the end overs, making a 54-ball 82

A smartly paced 82 off 54 balls from Colin Munro – his fourth fifty in his last five innings – on a challenging Docklands track lifted the Perth Scorchers to second on the BBL standings. After Munro overcame a sluggish start – he was on 25 off 26 balls at one point – he hit full tilt in the end overs, eventually coming away with a strike rate of 151.85.

Only Chris Lynn, the Brisbane Heat captain, had a better strike rate than Munro in the first match of the season at the Docklands. While Lynn’s 27 off 16 balls helped his side pick up the Bash Boost point, it was nowhere near enough for them to make a fist of the chase. From 3 for 96 in the 12th over, the Heat folded for 115 in the 17th. As a result, they stayed sixth, with 21 points from 11 games. At the start of this game, only net run-rate had separated the Heat and the Scorchers.

At home, and yet not quite – Cameron Green at the centre of unfamiliar homecoming
Pat Cummins: There are no cowards in the Australian team
Lanka Premier League 2022 | Official Theme Song
Steve Waugh: ‘The public has almost overdosed on cricket’
Dean Brownlie named New Zealand Women’s batting coach