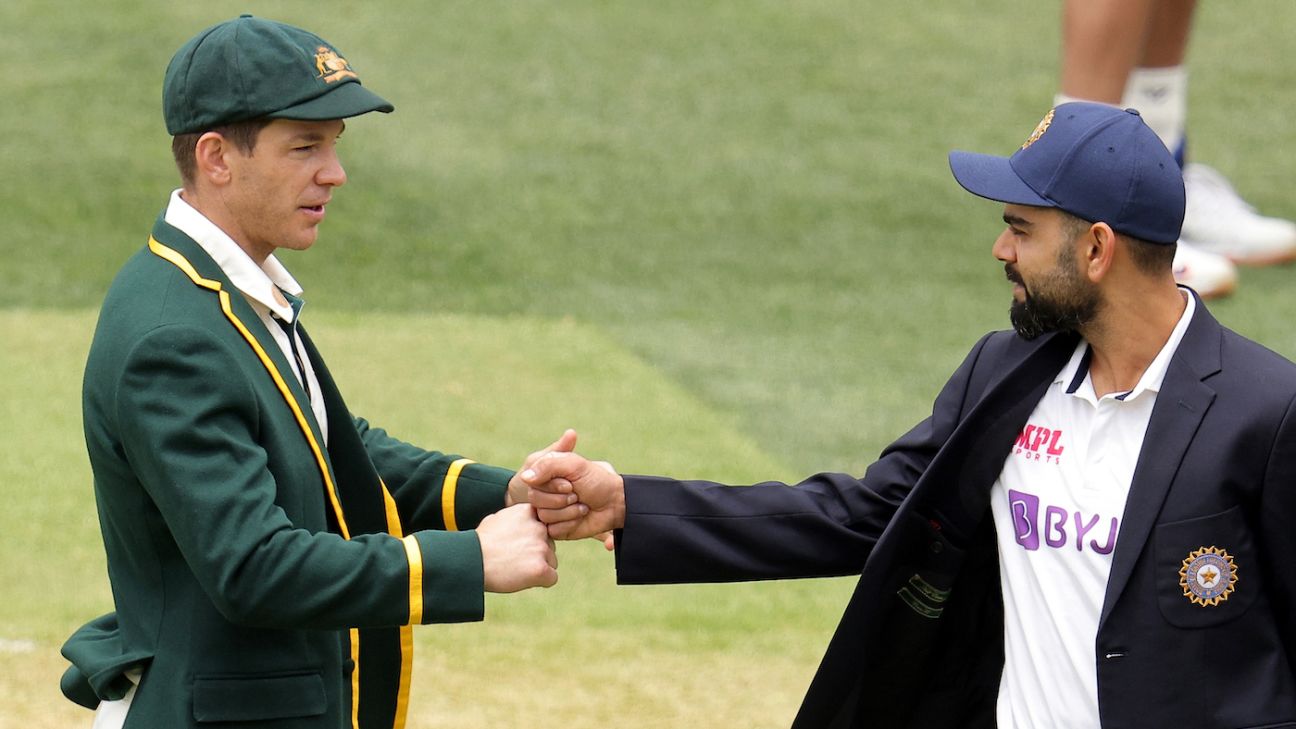 New Zealand will keep one eye on the final day of the Border-Gavaskar Trophy, and how the next month pans out

Going into the final day of the series, not only is the Border-Gavaskar Trophy on the line but so are the prospects for a place in the final of the World Test Championship. Currently, Australia – on 73.8 percentage points on the WTC table – and India – on 70.2 points – are both in contention for that final, along with New Zealand, who are on 70 with no more Tests to play; 70 is thus the target for the teams to secure qualification. Here is a look at how the result at the Gabba could impact the qualification prospects of these teams.

Australia will move up to 75.4. They will obviously qualify if the three-Test series against South Africa doesn’t materialize. If it does, Australia will need another 59 points from that series, which they can get if they win one Test (40 points), and draw two (13 points each). So a 1-0 series win will be the minimum margin required to go past New Zealand’s percentage points.

India will drop to 66.7 and will need 110 points out of 120 from their series against England. That can only happen if they win 4-0. Any other series scoreline and they will have to hope that Australia do even worse in South Africa. England could come into the reckoning too if both Australia and India drop points.

If the Test is drawn

Australia will be on 71.25 points and will qualify if the series against South Africa is called off. If that series goes ahead, they will need 79 out of 120 points, which means at least two Test wins. If they don’t win two, they will drop below New Zealand in the table and will have to hope that results in the India-England series go their way.

India will drop to 68.3 and will need 100 points at least from the England series. For that, they will need a 3-0 scoreline. Anything less, and they will drop below New Zealand and will be counting on other results going their way.

Australia will drop to 69.2 and will need 89 points from the series against South Africa to go past New Zealand. That can only happen if they win at least two Tests and draw the third, in which case they will get 93 points from the series. Had Australia not dropped those four points for slow over-rate in Melbourne, they would have been on 70 even with a defeat. In that case, the runs-per-wicket ratio would have come into play (since teams have played an unequal number of series, the series wins isn’t being considered in this cycle); currently, Australia’s ratio is 1.42 while New Zealand’s is 1.28.

India will move up to 71.67 with a win and will need 80 more points against England to top New Zealand. They can achieve that with a 2-0 series scoreline in the four Tests.

England’s win in Galle has brought them into the conversation as well, but for them to go past New Zealand, they will need to win the second Test in Sri Lanka, and beat India 3-0.

Pant: ‘Compare my numbers when I’m 30-32, no logic before that’
Green gung-ho about IPL 2023 but hectic calendar will make it tough, warns Warner
Kraigg Brathwaite wants West Indies ‘to bat 100 overs’ as fiery Perth surface beckons
Northern demolish Sindh to win Quaid-e-Azam title for the first time
‘It gives us a breather but it’s not the ultimate goal’ – Tamim on Bangladesh’s World Cup qualification