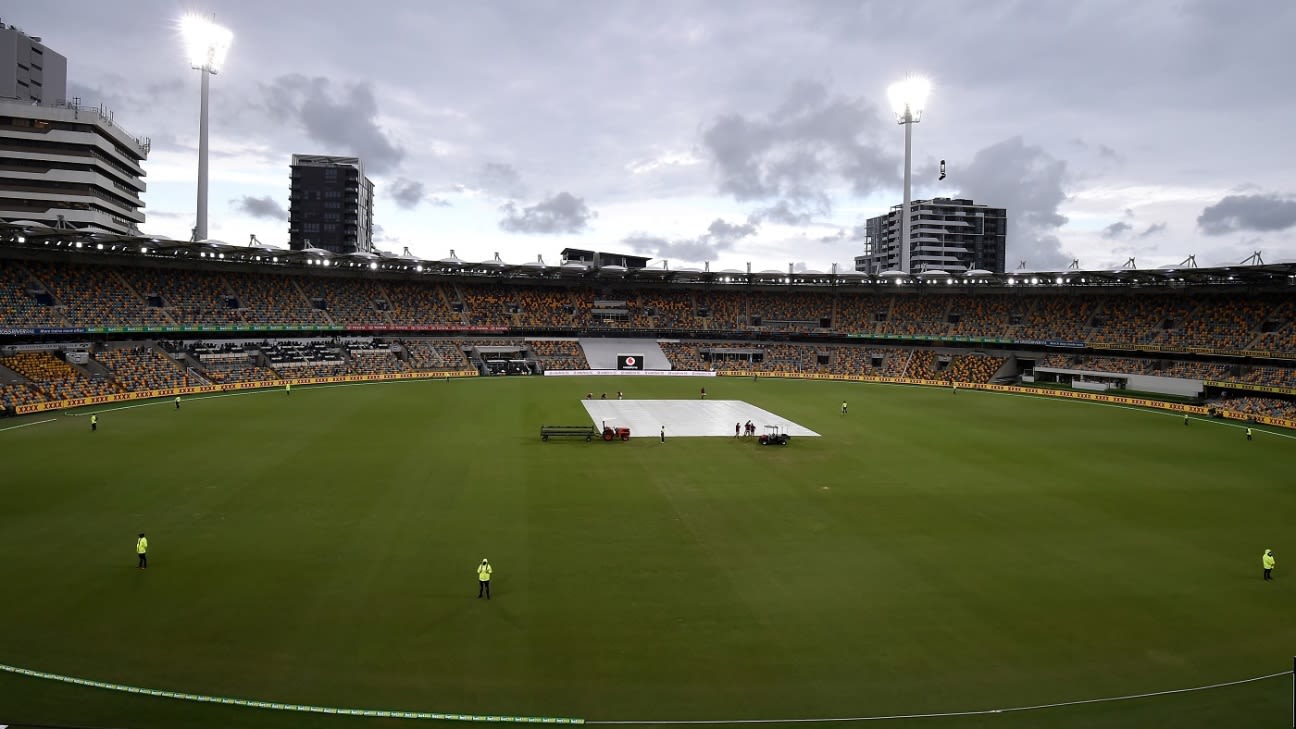 There’s a 60% chance of thunderstorms in Brisbane on Tuesday

The weather in Brisbane on Tuesday could be the deciding factor in the Border-Gavaskar Trophy. There’s a 60% chance of thunderstorms – probably in the afternoon for an hour – and a 51% chance of precipitation, according to the Accuweather website. The BBC predicts heavy rain overnight too, which could lead to a delayed start. The Gabba does, however, have good drainage so that needs to be factored in too.

To recap: India need 324 runs to win the match or bat out the day to save it, Australia need ten wickets to win the match and the trophy. There will be a maximum of 98 overs bowled from the planned early start. But the weather will hold the key.

Monday’s play saw approximately 40 minutes lost in two stoppages because of the rain; the last shower started at 5.07pm local time and play eventually had to be called off 23 minutes early.

In that time, Mohammed Siraj led the way in dismissing Australia for 294 in the second innings, as his 5 for 73 ensured India had to chase not more than 328. Shardul Thakur snared 4 for 61 himself, as the hosts counterattacked through Steven Smith’s 55. Cameron Green, Tim Paine and Pat Cummins also made crucial contributions for Australia, before rain ended the day with India on 4 without loss in the chase.

Kotak, Cooley and Dilip put in charge of India A in Bangladesh
Suryakumar ‘makes everyone else look so much worse,’ says awestruck Maxwell
Jadeja, Dayal ruled out of Bangladesh ODIs
Renshaw nudges the selectors with unbeaten century
Zampa gets chance to push Test claims in rare Sheffield Shield appearance