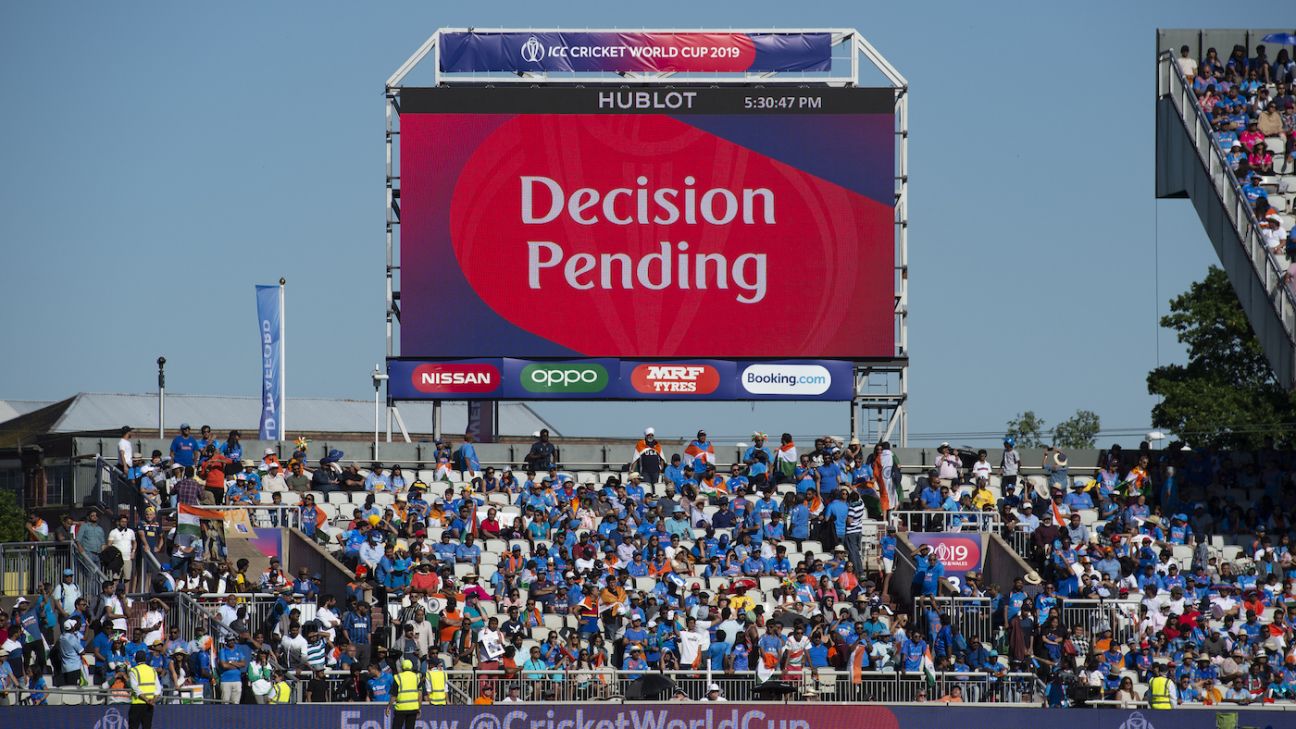 Henry Ellison is currently in quarantine, but the BCB is confident he can work the system remotely if needed

The first ODI between Bangladesh and West Indies will go ahead with DRS in place, despite its technician, Henry Ellison, currently being currently in quarantine in Dhaka. The BCB has been busy trying to reduce his isolation time by writing to the government, but ESPNcricinfo has learnt that since the necessary DRS equipment has already arrived in the capital, he could even operate them from a remote location, ensuring the availability of the DRS in all three ODIs.

According to a circular from the country’s civil aviation authority, all passengers arriving from the United Kingdom from January 16, in addition to a negative Covid-19 test certificate, must be placed in mandatory institutional quarantine for four days, and after testing negative again, go through another ten days of home quarantine.

On Saturday evening, it appeared that progress had been made with the BCB announcing a list of match officials who will be working on the three-match ODI series, with Ellison’s name listed as “DRS tech”.

The civil aviation authority’s ruling has also delayed the announcement of a neutral umpire for the two Test matches that begins on February 3. Bangladesh does not have an umpire in the Elite panel, so the ICC has to send one from another country.

Jalal Yunus, the BCB’s media committee chairman, said that they are in discussion with government officials to consider the situation, with the oncoming umpire likely to be from the UK as well.

“There will definitely be DRS (in the first ODI) but the issue is with the DRS engineer coming from London,” Yunus said. “You are aware of the Covid protocol for passengers coming from the UK. They have to stay in institutional isolation for the first four days and then the next ten days at their own accommodation.

The BCB were successful in reducing the 14-day mandatory quarantine for new batting coach Jon Lewis and bowling coach Ottis Gibson, both of whom arrived from the UK on January 8. The coaches were under BCB’s supervision for the quarantined period, but got out early to begin training of the Bangladesh team in BKSP.