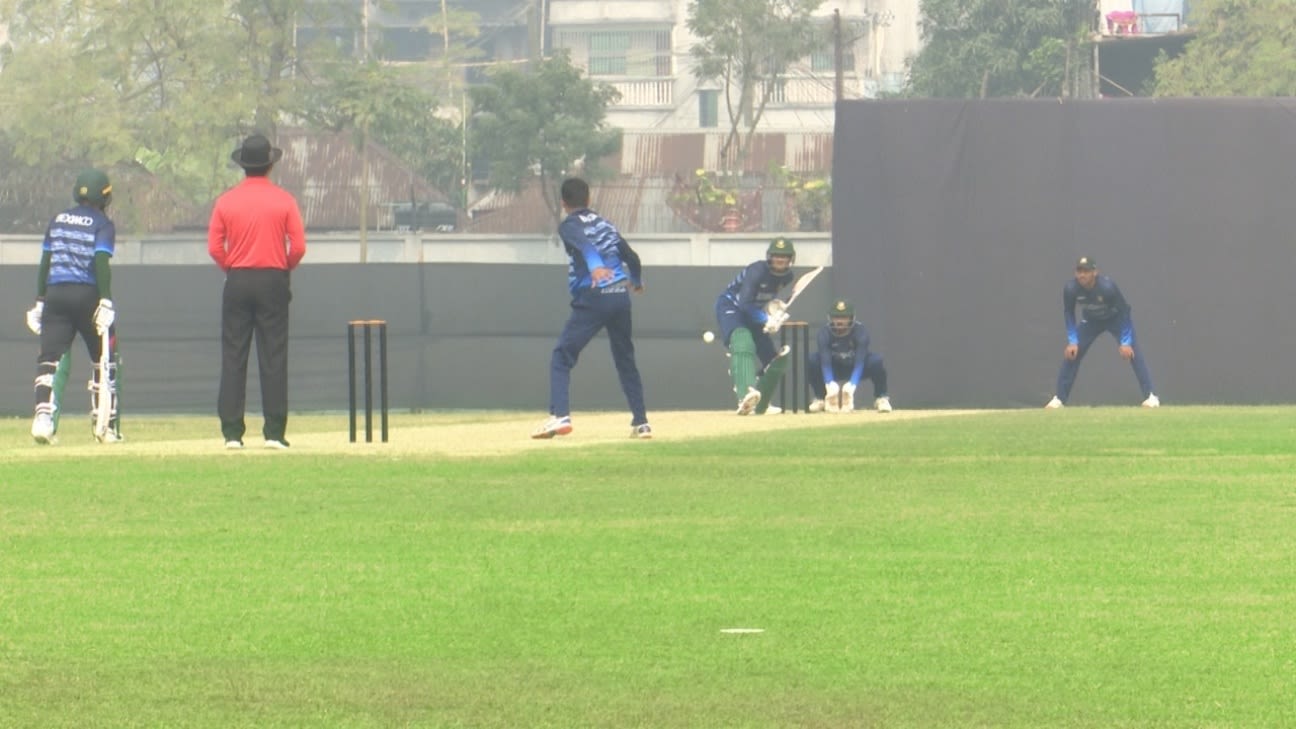 Tamim Iqbal hit a run-a-ball 80 in Bangladesh’s second intra-squad practice match at the BKSP in Savar on Saturday as his team, Tamim Iqbal XI, raced to an eight-wicket win over Mahmudullah XI. Tamim’s team had lost by five wickets in the first practice match last Thursday.

Iqbal struck five fours and three sixes in his knock, having shared a 77-run opening stand with Liton Das, who made 48 off 53 balls with nine fours. Iqbal then added 119 runs for the second wicket with Najmul Hossain Shanto, who struck seven fours and two sixes in his 51-ball 61.

Iqbal retired on 80, after which Mohammad Mithun and Soumya Sarkar were given a hit for about 20 minutes, during which time they completed the 224-run chase in 35.2 overs. Shakib Al Hasan went wicketless in his 3.2 overs.

Taskin Ahmed and Hasan Mahmud took one wicket each for Mahmudullah XI, who had earlier reached 223 for 7 in 45 overs. Shakib top-scored with 52 while Mohammad Naim also reached fifty. Shakib struck a four and six in his 82-ball knock while Naim hammered four fours and two sixes in his 68-ball stay at the crease.

Offspinner Mahedi Hasan took 2 for 31 while Mohammad Saifuddin was slightly expensive with 2 for 62. Mustafizur Rahman, Rubel Hossain and Nasum Ahmed took one each.

Bangladesh’s selectors announced the 18-man ODI team for the upcoming series against West Indies shortly after the end of this match. West Indies will now play their sole warm-up match at the same venue tomorrow, before the two sides play the first ODI on January 20.

At home, and yet not quite – Cameron Green at the centre of unfamiliar homecoming
WBBL’s ‘bold and ambitious’ plans: ‘Bigger games in bigger stadiums’
Rain in the air, again, as India look to square series against dynamic New Zealand
Pat Cummins: There are no cowards in the Australian team
“Wait For Right Time…”: Anurag Thakur On Ramiz Raja’s 2023 World Cup Warning