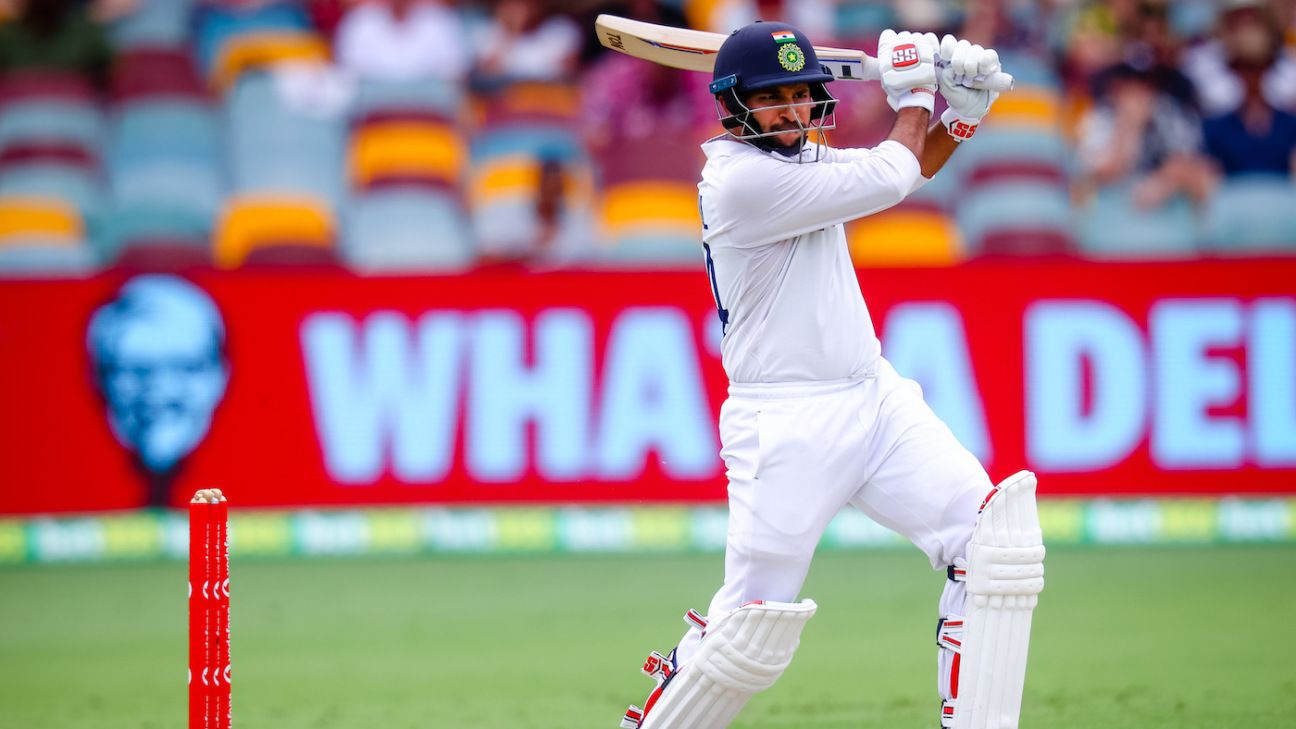 With yet another lower-order rearguard from a depleted India, the visitors saw two new heroes in debutant Washington Sundar and Shardul Thakur, who was playing only his second Test. Compared to the match-saving gutsy partnership between Hanuma Vihari and R Ashwin in Sydney, this one in Brisbane was more counterattacking that saw flashy upper cuts, elegant cover drives and sixes against milestone man Nathan Lyon. Ashwin caught up with Thakur, Sundar and the second debutant of the game, T Natarajan, at the end of the third day for a chat on bcci.tv.

Ashwin started off by asking Thakur about how he got off the mark – with a fearless hook off Pat Cummins for six.

Ashwin: I’ll begin with Shardul who started his Test career with a six. Shardul, how did it feel?

Thakur: It was great. At that point of time, I didn’t look to hit a six but it was more of a reaction. I saw the ball and played that shot instinctively. So it came out well for me and I’m happy about it.

Once the century stand approached and Thakur neared his half-century, he danced down against Lyon for a big six over long-on.

Ashwin: So I have to ask your partner (Sundar) about it. Starting six is ok, what about the six to get to 50? How did you feel from the non-striker’s end?

Thakur’s 67 came at a strike rate of over 58, studded with nine other boundaries, including some authoritative drives against a full-strength pace attack. Where had Ashwin seen such shots before?

Thakur: Honestly, I haven’t practiced those but it’s one of the days where I was batting really well and didn’t want to miss any opportunity. Any loose ball I just felt like putting it away, that’s it.

Natarajan had also started his Test debut on an impressive note, getting the wickets of Matthew Wade and Marnus Labuschagne in the space of two overs with the old ball on the first day.

Ashwin: Can you talk us little bit through your first two wickets? You had Matthew Wade and Labuschagne out. You even had Labuschagne in trouble even though he was batting on a century.

Natarajan: No, it’s not like that. I’ve played a lot of red-ball cricket for Tamil Nadu. Based on my strengths, bowling around the wicket, my coaches have told me, even you have told me that batsmen struggle when I bowl around the wicket. So I just bowled according to that plan. Didn’t try anything extra.

Ashwin also pointed out how Thakur had returned to Tests after delivering only 10 balls on debut back in 2018 before injuring himself. And now replacing an injured Jasprit Bumrah in the XI, Thakur struck with his very first ball.

Ashwin: One interesting facet we cannot move away from is Shardul Thakur’s first wicket. He’s bowled 10 balls in Test cricket before but the first ball he bowled after that was Marcus Harris getting caught at square leg. How did you feel, Shardul?

Thakur: It wasn’t easy to bowl those 10 balls and get injured, go back and grind it out in domestic cricket or whatever opportunities I got. Then waiting for two years to play this Test match and getting a wicket on my very first ball, it’s like a dream come true. We were looking for a wicket at that point of time and I’m happy to contribute in the team’s cause.

At the end of India’s innings, Natarajan, playing only his 21st first-class game, was unbeaten on 1 as he put an end to a streak of 10 first-class innings without scoring (including ducks and unbeatean scores of 0), starting with the Ranji Trophy 2018. Natarajan got a quick short delivery first ball from Mitchell Starc before he got off the mark against Josh Hazlewood, and then saw through a maiden off Starc that had more short balls and a yorker to end the over.

Ashwin: A lighter moment, Natarajan’s celebratory moment, I was really worried that Shardul and Washy’s highlight today would be stolen by Natarajan. He got off the mark for the first time in the last 10 innings. In fact, I’d taken a bet that he’d get off the mark with four runs. How were you feeling blocking away an over of Mitchell Starc, comfortable against him?

Natarajan: I didn’t even see the first ball from Mitchell Starc (laughs)!