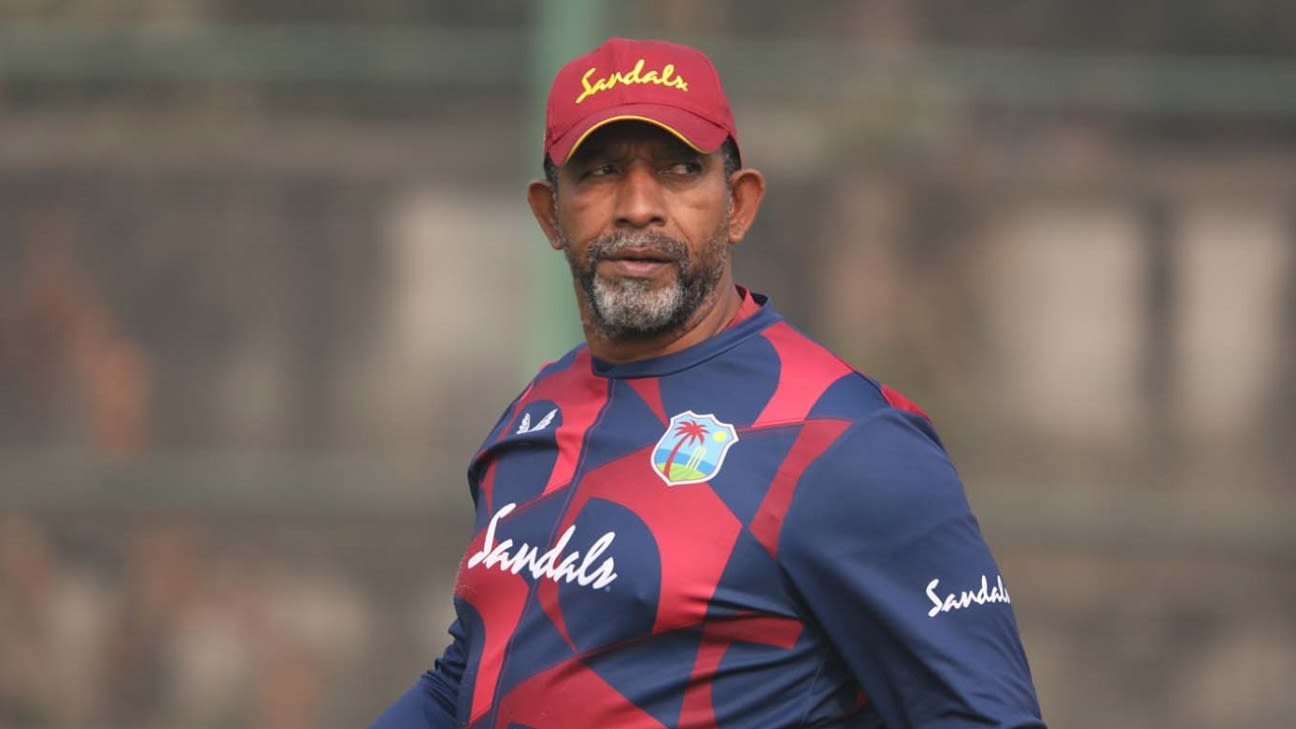 West Indies coach Phil Simmons is clear that he doesn’t want West Indies to go through the qualifier route for the 2023 World Cup, like they had to the last time, and wants to start strongly in Bangladesh to avoid that eventuality.

West Indies had to play the World Cup qualifier in 2018 after failing to secure direct entry into the tournament, and then went through along with Afghanistan after they finished in the top two – with Afghanistan winning the qualifiers – in Zimbabwe.

The three-ODI series in Dhaka from later in the week will be the first engagement for either side in the ICC Super League. Where the participating teams finish in the league will determine who qualifies directly for the 2023 World Cup – the top seven teams and hosts India would be certain participants – and who must go through the playoffs, to be held in Zimbabwe again.

West Indies have already missed playing ODI series against New Zealand and Netherlands because of the Covid-19 pandemic, making the ODIs in Bangladesh vitally important. Their first match in Bangladesh is on Monday, when they play an intra-squad one-day game in Savar, near Dhaka.

“[I want to see] the guys to put in place what we have been practicing – how we score runs, how we set fields and how we bowl to those fields,” Simmons said of his expectations. “These are the little things we will try to implement in the main game. So we will try to do them tomorrow too.

“We are close enough [to finalising the XI], but the practice game will be the best indicator. It will give us the notice that we need, [and] give us the idea what the players bring to the table in a game situation. So tomorrow is the final straw.”

Having reached Dhaka only last Sunday, Simmons, however, emphasised that the team could have done with more training, like they had on their tour of New Zealand last November. “It is never enough for me,” he said. “I think that I would have liked the sort of time we had in New Zealand – but this is what we have, and we try to fit in as much as we can in that period.”

Jess McFadyen set to debut in white-ball series against Bangladesh
Lanka Premier League 2022 | Official Theme Song
1st ODI Highlights | Sri Lanka vs Afghanistan
Both teams unchanged as Afghanistan opt to bat
Back to the future: the remaking of Steven Smith