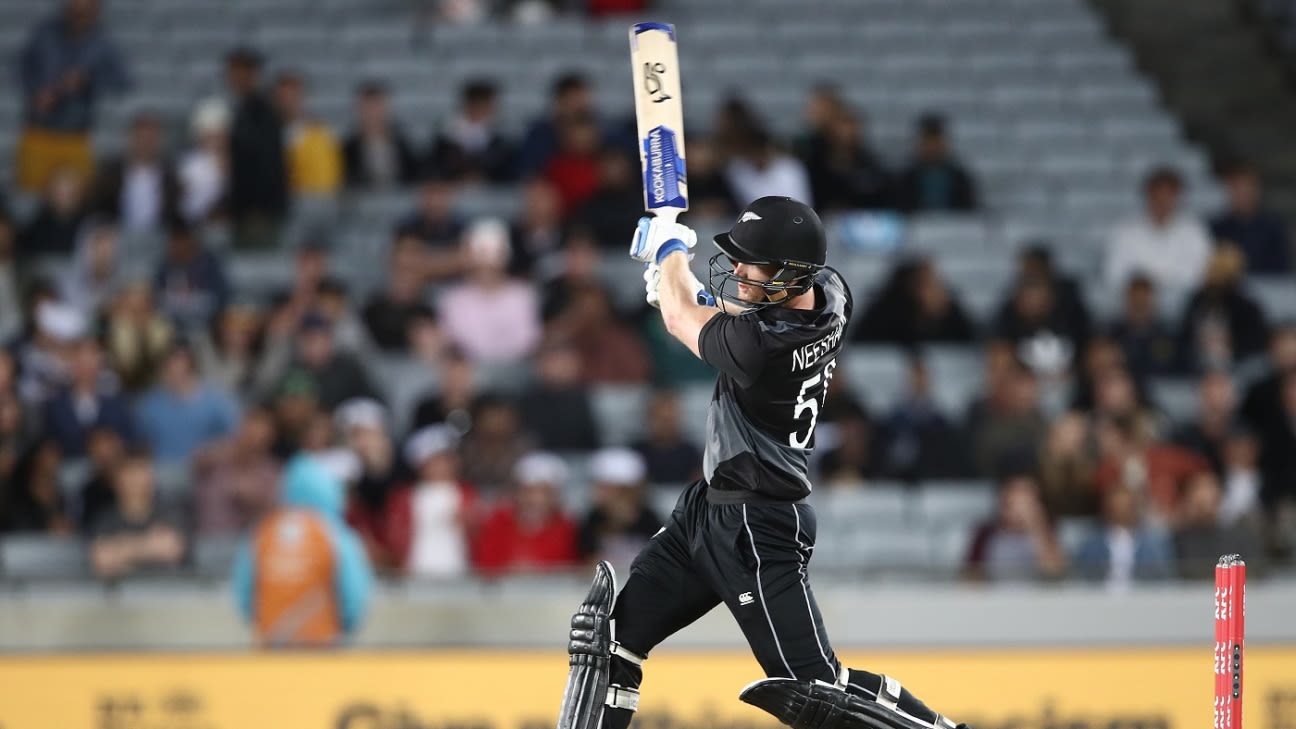 New Zealand allrounder James Neesham has undergone surgery for a compound dislocation on his left ring finger. Cricket Wellington confirmed on Twitter that Neesham has been put in a splint, and that he will be reviewed by a hand specialist in a week. Neesham is expected to return to action for the back end of the ongoing Super Smash tournament, where Wellington are currently leading the table.

Neesham had featured in five of his team’s six matches thus far, scoring 65 runs and taking eight wickets – the joint-most – at an average of 16.25.

Neesham, who has mostly been restricted to T20 cricket in recent months, had struggled for form during the IPL in the UAE, managing just 19 runs and two wickets from five matches for Kings XI Punjab, who finished sixth on the table and missed out on the playoffs for the sixth straight year.

Despite that lean run, Neesham was included in the T20I squad for the home series against West Indies and Pakistan. He made a decisive contribution in the first T20I against West Indies at Eden Park, stroking an unbeaten 24-ball 48 – his highest T20I score – to take New Zealand to victory in a rain-affected chase.

Neesham played Saturday’s Super Smash match against Canterbury, top-scoring with 49 to lead Wellington to 154 for 7. However, he was unable to close out the match with the ball, conceding 30 runs from 3.4 overs as Wellington suffered their first loss of the season.

Brendon McCullum: ‘We’ll be pushing for results. If we get outplayed, that’s okay’
“Wait For Right Time…”: Anurag Thakur On Ramiz Raja’s 2023 World Cup Warning
Williamson: Guptill will be missed but he has not retired
Hurraira 193*, Amin 79* give Northern first-innings lead
Renshaw nudges the selectors with unbeaten century