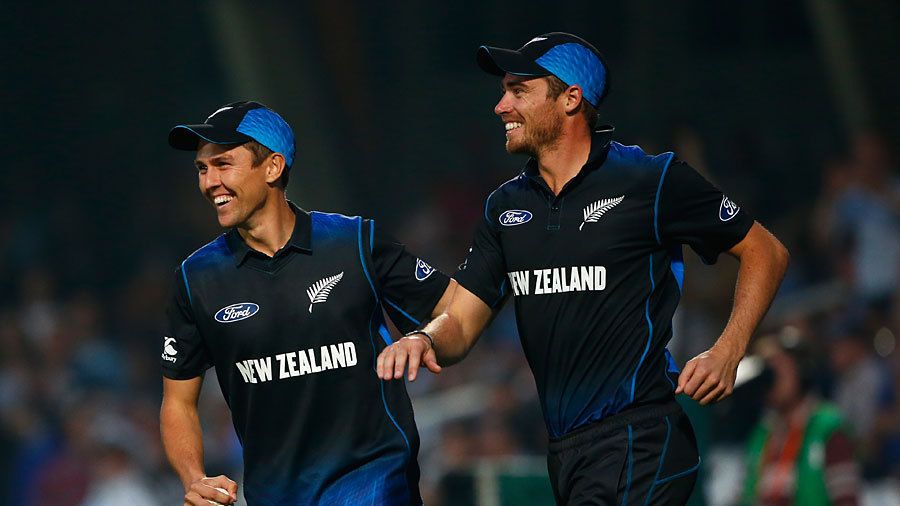 New Zealand’s pace trio of Tim Southee, Trent Boult and Kyle Jamieson will all make a return to the Super Smash when Auckland take on Northern Districts at Eden Park Outer Oval on Sunday.

Both teams currently occupy the bottom two positions in the Super Smash table, but will be significantly boosted by the return of New Zealand’s premier fast bowlers to their respective sides, after the trio took 31 wickets between them across two Tests in the recent home series against Pakistan.

Southee, a veteran of 189 T20 matches, last played for Northern Districts in the Super Smash during the 2018-19 final, while Boult most recently featured in the competition back in December 2016.

Jamieson, meanwhile, spent the whole of last season with Auckland. Two years ago, Jamieson took 6 for 7 against his current team while playing for Canterbury; those figures are still the best by a New Zealand bowler in T20 cricket. Jamieson will return to the Super Smash in red-hot form, having ended as the leading wicket-taker against Pakistan with 16 dismissals from four innings at an average of 11.68. In the second Test in Christchurch, Jamieson was named the Player of the Match after picking up a five-for in both innings.

Southee and Boult will be joined at Northern Districts by other New Zealand internationals like Tim Seifert, Mitchell Santner and Scott Kuggeleijn, while Auckland have the combined T20 international experience of Martin Guptill, Glenn Phillips and Mark Chapman to call upon.

Auckland are yet to register a win in five attempts this season, while Northern District’s lone victory of the campaign came against Central Districts earlier this month.

New Zealand pick Bracewell and bowl; India bring in Hooda for Samson
Pant: ‘Compare my numbers when I’m 30-32, no logic before that’
At home, and yet not quite – Cameron Green at the centre of unfamiliar homecoming
Zampa gets chance to push Test claims in rare Sheffield Shield appearance
Steve Waugh: ‘The public has almost overdosed on cricket’