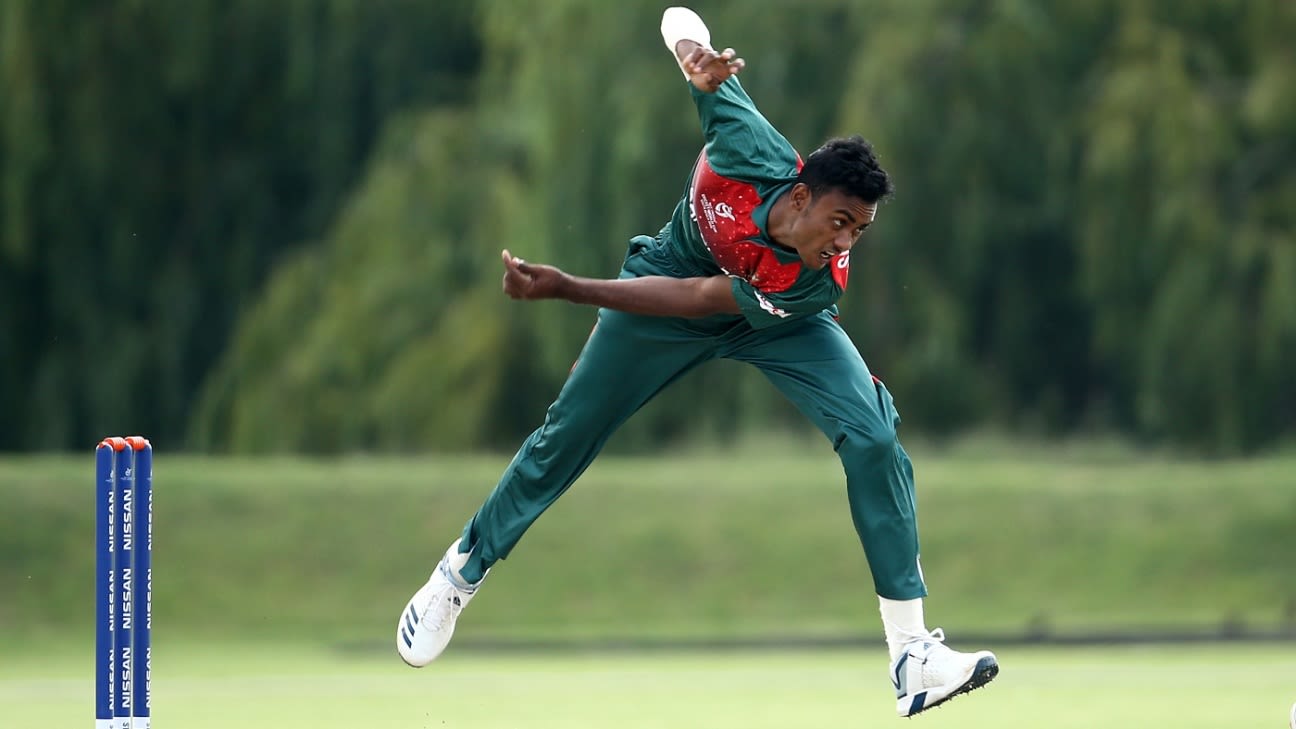 There wasn’t exactly a whole lot of astonishment in Alamgir Kabir‘s voice when he heard about Shoriful Islam‘s call-up to the Bangladesh ODI side. Islam had become a talked-about name in recent months after his impressive performances in the two recent domestic tournaments earned him a call-up to the 24-member preliminary squad last week. He had already become a teenage sensation following his Under-19 World Cup exploits last year, particularly in the final against India.

For those who follow Bangladesh cricket properly, the call-up for such a youngster is only a natural progression in Bangladesh. Kabir, a former Test cricketer who is now a coach in the country’s northern region, instead of being surprised, was delighted at the news.

He has been practically raising Islam from the time he was a 15-year old from a remote village in Panchagarh, the northernmost district of Bangladesh. Kabir was one of the coaches on a scouting trip to Dinajpur, sent by his employers Clemon Cricket Academy, which is a network of private cricket schools spread across several locations in the country. Kabir spotted Islam during a fast bowling trial, which was in fact only the second day in Islam’s life when he had practised with a cricket ball.

Much to Kabir’s shock, the tall kid was hitting a good spot at a fair clip. Instantly, he offered him a place at Clemon’s academy in Rajshahi, the biggest cricketing centre in the region, from where it was believed that something could be made of Islam’s pace, length and height. Kabir took him under his wing, helping him at every step of the way.

“It is a wonderful feeling that one of my students got the national call-up,” Kabir told ESPNcricinfo. “I will be even happier when he will be picked in the XI. I tried my level best but the rest is up to Allah. Shoriful also had a strong desire, perhaps more than me. I think this has helped me get this far, getting a chance in the national team. I am happy that through my hard work a fast bowler, and his family, reached a better stage.

“This is a kid who had to really struggle to get to this stage, but when he did, it was so great. I have heard that because of him, electricity reached his village.”

“I met him for the first time four years ago at a skills camp in Dinajpur. I was the fast bowling coach, and I had 60-70 bowlers who had come for the trial. Shoriful caught my eye when I saw that with the new ball, he was bowling a disciplined line and length. So I asked him, how long have you been playing cricket. He said, ‘This is my second day’. I was shocked by his answer, but I thought to myself that if he gives it a bit of time, he can improve a lot.”

For the annual national cricket championship tournament, Kabir switched Islam’s allegiance from his home district Panchagarh to Chapai Nawabganj. Kabir remembers how Islam gave them joy by lifting the Under-19 World Cup.

“I brought him to the Clemon Rajshahi Cricket Academy, from where he started to play cricket regularly. He could have played national championship for Panchagarh, but I felt that I should keep him close to me, so I made him play for Chapainawabganj.

“He had played for Bangladesh A but since he was quite young at the time, they kept him in the Under-19 setup. I saw him in the Under-19 World Cup where he showed what a rapidly improving cricketer he had become. It was a great feeling that one of my students won the World Cup,” said Kabir.

Mahbub Ali Zaki, BCB’s bowling coach who has worked closely with Islam before and during the 2020 Under-19 World Cup, said that Kabir’s role in the young fast bowler’s discovery and elevation into mainstream cricket in Bangladesh is admirable.

“This is the fruition of a coach’s work, when we can get a cricketer to reach the highest level. Alamgir Kabir nurtured him. He still stays with him, and during Covid when we used to online sessions, he was at Alamgir’s place. This is a kid who had to really struggle to get to this stage, but when he did, it was so great. I have heard that because of him, electricity reached his village,” he said.

Zaki first met Islam during an Under-19 camp two years ago, shortly after he had already played 13 matches for Bangladesh A. But due to his age, he was sent back to the age-group setup, to prepare for the 2020 World Cup.

There, Zaki helped Shoriful get a more stable action, as well as raise his fitness level to a point where a 125kph bowler started to touch 135kph, and during the World Cup, he regularly touched 140kph.

“Under-19 is the best platform for making it to the national team. The other processes to get into the national team is tougher. Our Under-19 system is a process where we raise them from an early age through the age-group system, and our focus is always on ensuring they become international cricketers.

“Having won the World Cup, we can agree that our Under-19 squad was skilled. You can put Shoriful in any situation, and you are more likely to get a good result from him. He did well in both the BCB President’s Cup and the Bangabandhu T20 Cup after the Under-19 World Cup,” he said.

But Zaki believes that Islam has to keep learning and improve his pace, and slowly add a bit of swing to his bowling. “So far he has shown that he is a consistent bowler. He has the pace and bowls in good areas. But he has to keep progressing.

“He bowled around 140kph at the Under-19 level but now he has to bowl at that same pace or more, but with swing. Otherwise it will be difficult for him to survive. He wouldn’t want to get stuck, so he has to take his bowling to the next level,” said Zaki.

Afghanistan opt to bat; Dhananjaya Lakshan in for Sri Lanka
Pant: ‘Compare my numbers when I’m 30-32, no logic before that’
Green gung-ho about IPL 2023 but hectic calendar will make it tough, warns Warner
Aussies sweep series as Head, Warner set MCG record | Australia v England 2022-23
Rain in the air, again, as India look to square series against dynamic New Zealand