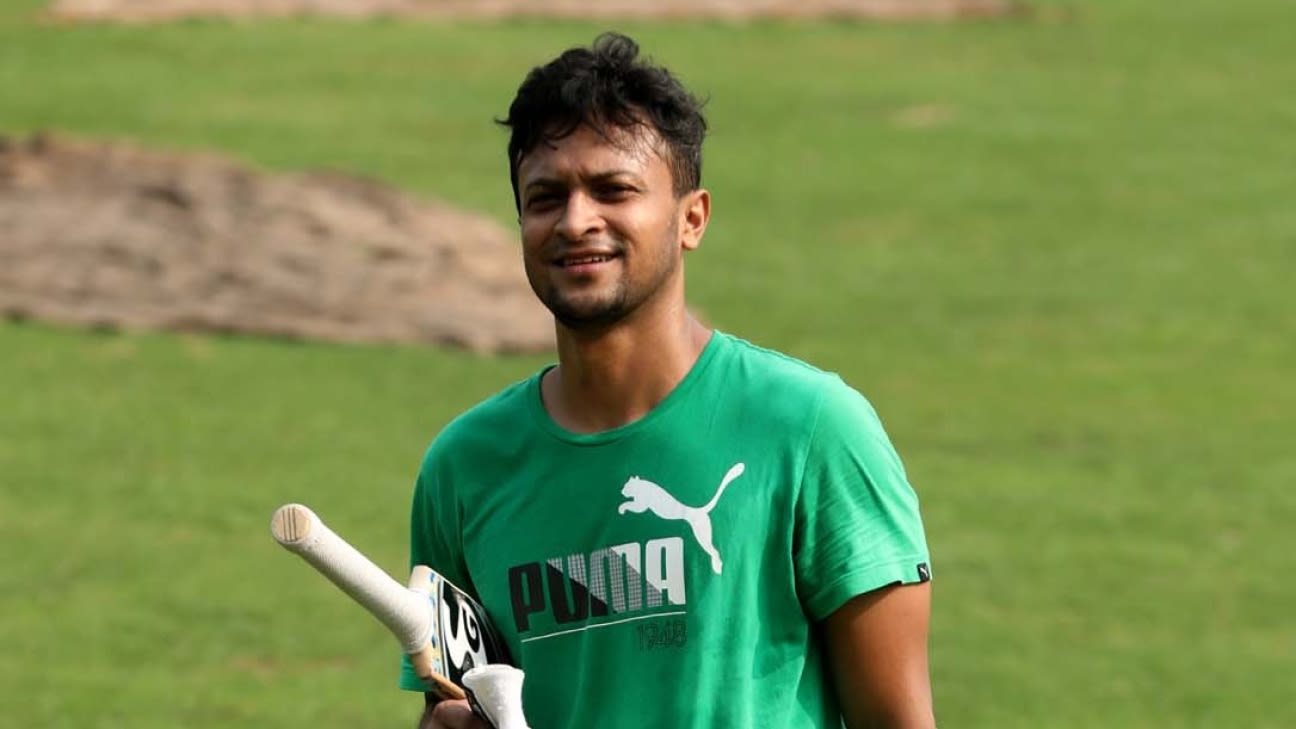 Shakib Al Hasan is back in the Bangladesh side, which includes newcomers Shoriful Islam and Hasan Mahmud, as well as Mahedi Hasan, for the three-ODI series at home against West Indies starting next week in Dhaka.

When Shakib was named in the 24-man preliminary squad for the series, it marked his comeback to the national frame after serving a one-year ban for not reporting a corrupt approach. Shakib was Bangladesh’s Test and T20I captain before his ban, but has returned as an ordinary member of the side.

Islam is a left-arm quick who was one of the star performers in Bangladesh’s Under-19 World Cup triumph last year. Mahmud is a fast bowler who broke into Bangladesh’s T20I side last year, while offspin-bowling allrounder Hasan has played T20Is before. All three also did well in the Bangabandhu T20 Cup recently.