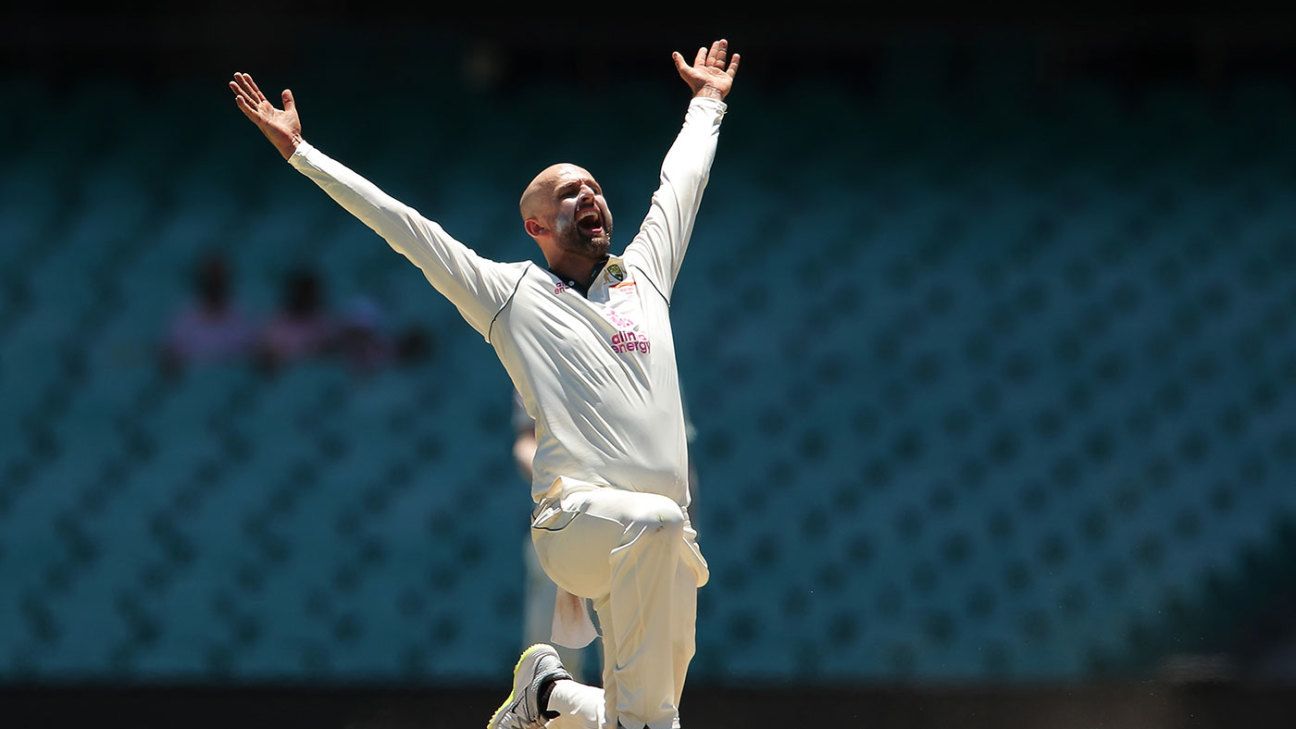 In the week of his 100th Test match and perhaps his 400th wicket, Nathan Lyon finds himself on familiar ground: the unsteady kind.

Lyon is currently mired in one of the worst series of his career, as India take him for near enough to 60 runs per wicket with one Test to play. He is facing the types of critiques that have been familiar throughout a tenure in which he has not bowled a doosra or carrom ball, and occasionally lapsed into bouts of predictability that have caused observers to pine for that more traditionally Australian variety of spin bowler: the leggie.

Perhaps the most indecipherable wristspinner of them all, Muttiah Muralitharan, chimed in via an interview with Michael Vaughan: “Will we see another golden age of Test spin bowling? Will a spinner reach 700 or 800 wickets? Ashwin has a chance because he is a great bowler. Other than that I don’t think any younger bowler coming in will go to 800. Maybe Nathan Lyon is not good enough to reach it. He is close to 400 but he has had to play many, many matches to get there.”

The reference to R Ashwin was pointed, given that in this series, India’s offspinner has had comfortably the better of things, with plans and execution that have at times run rings around the likes of Steven Smith and, most dramatically, Matthew Wade. By contrast, Lyon has found himself bowling too straight and perhaps at times too fast, while also losing the sort of drift that might have usually dragged Indian bats away from their front pads for bowled, lbw or caught in close.

Most critically, Lyon was unable to bowl India out on the final day of the SCG Test, not helped by uncharacteristic dropped catches by his captain Tim Paine, and also the lack of a sizeable foot hole outside the off stump to the right-handers. Such scenarios have followed Lyon around to an extent over his career, from Adelaide against South Africa in 2012, to Headingley against England in 2019 and now the SCG against India.

So the reaching of the 100 Tests milestone only previously achieved by Shane Warne among Australian spin bowlers is cause for reflection that, paradoxically, should help Lyon move forward from his current malaise. No matter what Muralitharan or others might think, the evidence carved in hard Test match numbers is that Lyon is good enough, and has proven to be more so than any other Australian offspinner this side of Ashley Mallett or perhaps Bruce Yardley.

A return to the Gabba for the final Test of the series is fitting, for it is here that Lyon, like Warne, has prospered so often because of the bounce on offer. In the Brisbane Ashes Tests of 2013 and 2017 Lyon put on two of his finest displays: the latter arguably his best on home soil, combining sharp spin, devilish drop and a perceptible change to a quicker pace that made it even harder than usual to dance down the pitch.

Where some Australian batsmen of recent vintage – notably Michael Clarke and David Warner – have rightfully been questioned for major differentials between their home and away records, Lyon’s achievements as an orthodox offbreak bowler on a selection of the hardest pitches for spin bowlers in the world really should be cause for greater celebration.

Only five spin bowlers in history have taken more than 100 Test wickets in Australia; Warne’s 319 at a strike rate of 60.8 is unsurprisingly at the top of the list, given his standing as one of Wisden’s five cricketers of the 20th century. But after him, Lyon is the only other one to have claimed more than 150 wickets down under; 197 wickets taken every 66.2 deliveries. These are, in terms of contemporary spinners, magical figures.

“I know when I finish my career I’ll be able to sit there with a smile on my face and say I gave it my all, but this is my 100th and I’m far from being done in my eyes”

For one thing, the rest of the top five are all legspinners. Stuart MacGill was most unfortunate to have lived his cricketing life in Warne’s shadow but still fizzed past 135 batsmen at home with the eye-popping strike rate of 53.3 balls per wicket. Clarrie Grimmett‘s mastery between the world wars was neatly balanced by Bill O’Reilly, who is only a little further down the list, and Richie Benaud‘s commitment to the craft brought some rewarding days but plenty of hard graft: 104 victims, sure, but only arriving every 86.9 balls bowled.

Yardley and Mallett have stood as twin peaks among recent Australian offspinners, with Nathan Hauritz and Tim May not far behind them. Both took more than 70 balls per victim in Tests at home, but did so with plenty of economy, the better to work in concert with the pacemen more commonly seen as dominant forces in Australia. Lyon has managed similar feats as a support bowler, but over a far longer period of time against batsmen with far more licence to clear the boundary and, in many cases, shorter distances over which to do so.

While the figures for overseas visitors are somewhat warped by the vagaries of how much and how often the Australian Cricket Board and then Cricket Australia deigned to host them, there are remarkably few success stories to match Lyon’s. Since the 1940s, Anil Kumble’s strike rate is closest, but at greater cost, 37.73 runs per wicket. Bishan Bedi’s 35 victims at an average of 27.51 and a strike rate of 68.3 mark him as a truly singular talent, with Erapalli Prasana not too far behind. Otherwise, though, it is a tale of the sort of mediocrity Lyon is too often accused of.

Take Ashwin’s overall record in Australia: 39 wickets at a strike rate of 86.2 including the current series. Graeme Swann, something of an inspiration for Lyon as a fellow classical offspin bowler, required 98.5 deliveries for each of his 22 wickets. As for Muralitharan, spooked as he was by being called for throwing at the MCG in December 1995, 12 wickets in five matches required 131 deliveries each to prise out.

This is not to say that Lyon is without problems at the current moment. He has not done well enough against India’s left-handers Rishabh Pant and Ravindra Jadeja, and his lines to the right-handers have seemed to aim too much for catches at leg slip rather than slip, gully, silly point or in the covers. He will also be dealing with the heavy cloaks of bubbles and back-to-back Tests, meaning among other things that the usual Brisbane one-on-one with his mentor John Davison was not possible even before the coach joined the Sydney Thunder.

Appearing in the rearview mirror, too, is the first serious rival for Lyon’s place since he ended speculation about his spot once and for all on the 2017 India tour. In the early part of the season, Mitchell Swepson was a dominant force for Queensland in a Sheffield Shield bracket Lyon was also part of. Swepson’s leg breaks, top spinners and occasional flippers scooped 23 victims at 21.17, striking every 52.5 deliveries, to place Lyon’s own return (nine wickets at 43.55, strike rate 84) very much in the shade. A Gabba renaissance will be vital on lots of levels.

“It’s the amazing thing about Test cricket, it’s an amazing ride. Lots of ups and downs but I know when I finish my career I’ll be able to sit there with a smile on my face and say I gave it my all, but this is my 100th and I’m far from being done in my eyes – I’m still hungrier than ever,” Lyon said. “I want to go out there and play as much cricket for Australia as I can, and keep playing my role and hopefully win a lot of Test series for Australia.”

Lyon did, in time, emerge from the shadow of Warne, proving himself to be the spin bowler Australia wanted as well as needed. But not even a tally of wickets that goes well beyond 400 will truly break the notion that on hard wickets down under, it is the extra rip provided by a wristspinner that will ultimately have the national selectors looking again for a fourth innings saviour. Lyon’s achievements, then, have been extremely hard won, not only in the face of conditions but also perceptions.