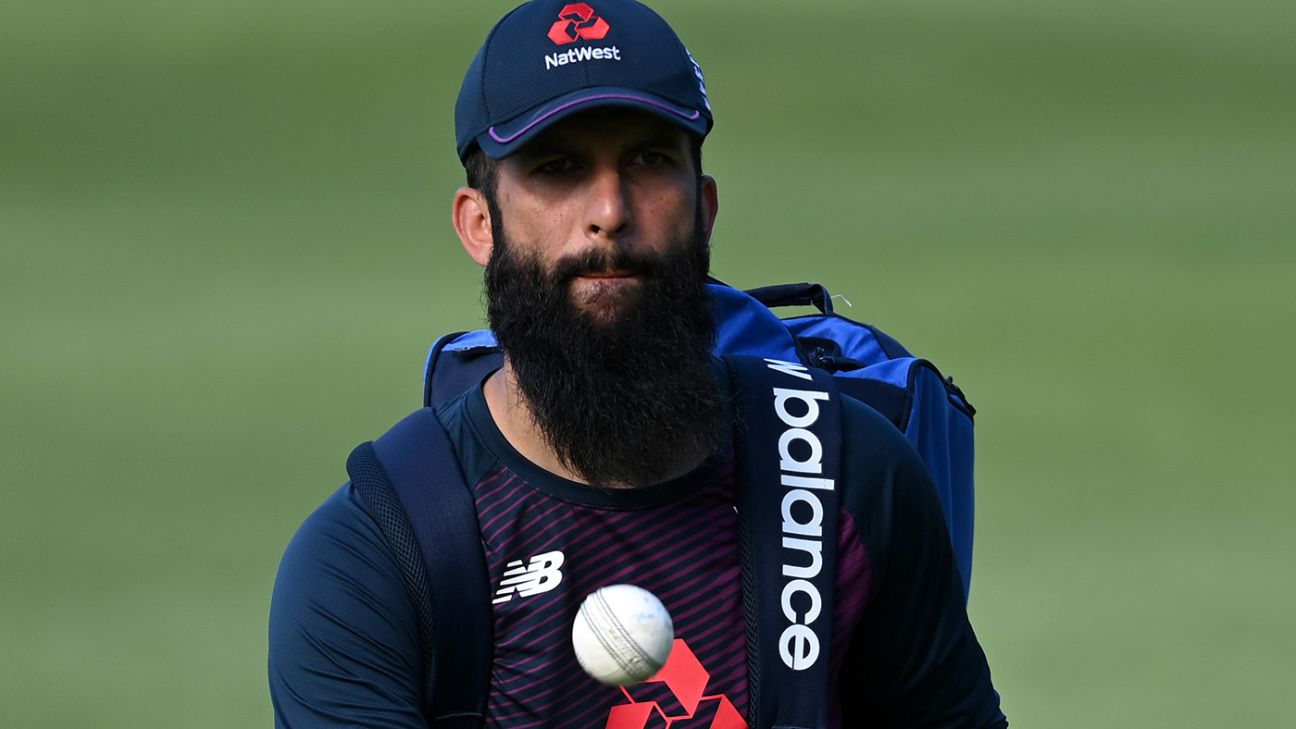 England allrounder unlikely to be match-ready for second Test, but set to resume training

Moeen Ali has been released from quarantine after testing positive for Covid-19 on arrival in Sri Lanka, and has returned to the England team bubble in Galle after serving an extended isolation period.

Moeen, 33, tested negative for the virus prior to England’s departure from the UK earlier this month, but returned a positive test after the team touched down in Hambantota on January 3.

He had initially been expected to isolate for ten days, but that period was extended to 13 with the England management’s blessing last week, after the Sri Lankan government expressed their reservations in light of a new strain of the virus being found in the UK late last year.

Aside from being unable to train, Moeen has been kept away from his team-mates for the duration of the tour – and at one stage completed a 150-mile round trip from Hambantota to Galle and back again, when it transpired that the hotel that he had been allocated was undergoing building works.

He will now link up with the rest of the squad at the Lighthouse Hotel in Galle, and was welcomed back into the dressing-room midway through the third day of the first Test.

Back with the lads

Great to see Mo watching at the ground today!

“It’s great to have Mo back,” Sam Curran, Moeen’s team-mate, said. “When we walked into the changing room after one of the sessions today, we saw Mo and just saw the smile on everyone’s faces.

“He’s obviously had a really tough couple of weeks and no-one wants to get into the situation he was in. Thankfully he got through that okay, and we’re all really excited to have him back in the group to play cricket again, because we all know what an awesome player he is, and to be around.

“The guys are really happy, and hopefully it doesn’t happen to anyone else, because no one wants to have players leaving the group and isolating for a couple of weeks.”

Moeen had been in line for his first Test appearance in 18 months, having taken a break from the format after the opening match of the 2019 Ashes, and missing last winter’s tours of New Zealand and South Africa. But, given his lack of match practice, and with the second Sri Lanka Test due to start in less than a week’s time, it’s unlikely he will be available for selection until the India series gets underway next month.

“I’m sure tomorrow when he has a run around it will be nice for him to get back playing cricket but to be honest I don’t really know when he’ll be back,” Curran said. “I’m sure everyone’s just really looking forward to having Mo back. I’m sure he’ll start training tomorrow.”

Earlier this week, two members of the catering staff at England’s team hotel tested positive for Covid-19, but a team spokesman said they were unconcerned by the development, despite having pulled out of their pre-Christmas tour of South Africa following a similar situation.

“Our protocols have been excellent and we continue to be vigilant,” the spokesman added.