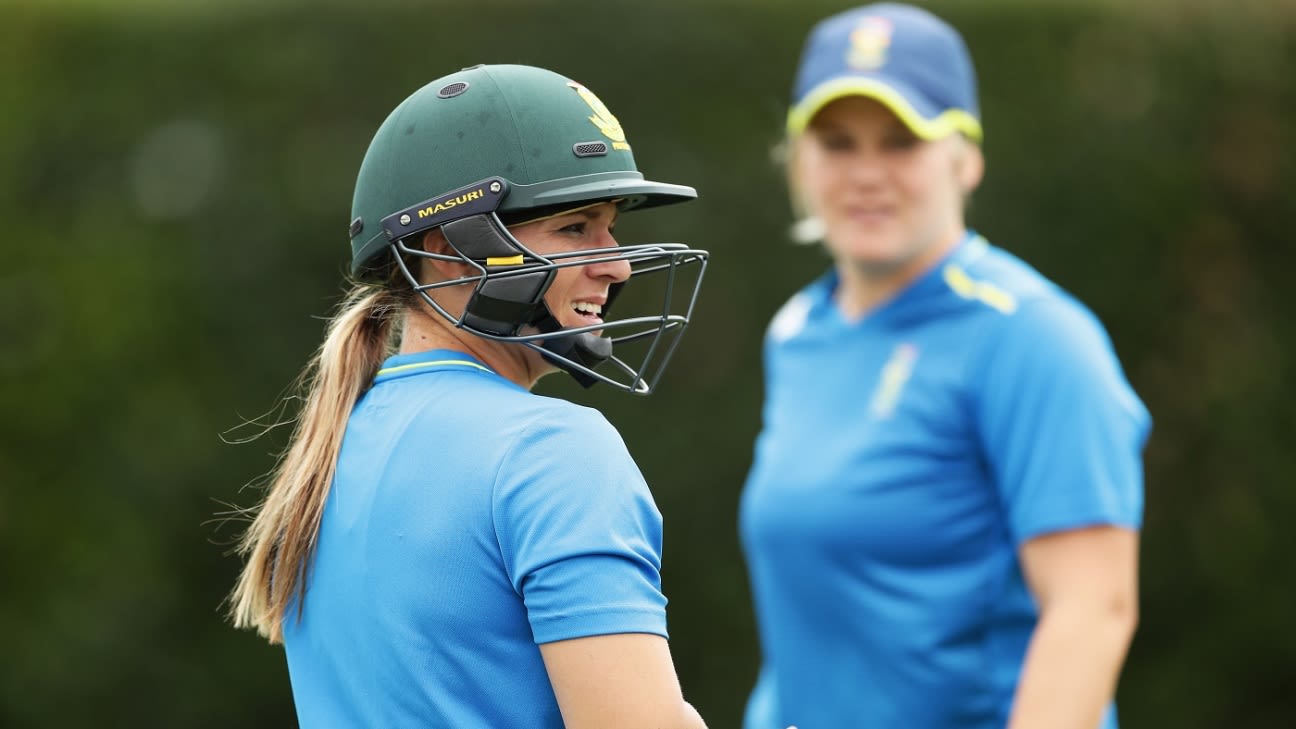 du Preez, though, is hoping that it will spur the younger players to “step up, show their skills”

Mignon du Preez, the senior South Africa Women batter, believes the absence of premier allrounders Dane van Niekerk and Chloe Tryon, due to injuries, for the upcoming home series against Pakistan will pose a “challenge” for the hosts. However, she is hoping that the unavailability of the two mainstays will spur the younger players in the side to “step up, show their skills”.

van Niekerk, the regular captain, and Tryon, the vice-captain, are among the three players – the other an unnamed player who tested positive for Covid-19 – to be ruled out of the three ODIs and as many T20Is that South Africa are due to play against Pakistan, who are without their designated captain Bismah Maroof, starting January 20 at Kingsmead. van Niekerk and Tryon are recovering lower-back injuries sustained in September.

“She [van Niekerk] is extremely passionate about her team, so we’ll definitely miss that this time around,” du Preez told ESPNcricinfo. “I know it’s not going to be easy for her sitting on the sidelines. I’ve seen her sending some messages that it’s really tough not being here.

“The same goes for Chloe. She’s been our vice-captain for a long time and also becoming a strong allrounder with her left-arm spin, which adds a different element to our game. So, it’s definitely going to be a challenge not having them here, and we’ll miss having them with us, on and off the field.”

van Niekerk, 27, was appointed South Africa’s captain in all formats in June 2016, replacing du Preez who had stepped down from the role and has since led the side in seven of the ten bilateral ODI series and five of the eight T20I series South Africa have played. The three series she missed – one through her pre-approved participation in the inaugural Kia Super League and the two other through injury – included South Africa’s previous assignment against Pakistan, also at home, where the three-match ODI series ended at 1-1, while the hosts won the T20Is 3-2.

“It’s extremely difficult not having her with us for the series,” du Preez said. “I mean, we obviously know how amazing Dane is. She has really been at the forefront during this professional era, with the team doing so well and excelling under her captaincy. She’s one of those captains who lead by example on the field when it comes to the bowling and the batting, and she always leaves everything out there.”

The 2019 series against Pakistan saw legspinning allrounder Sune Luus lead South Africa in van Niekerk’s stead. Having stepped up to the role in ten ODIs and nine T20Is between 2017 and 2019, Luus has been named the stand-in captain for the upcoming series, too.

“It [the absence of the two seniors] is an opportunity for the younger girls to step up, show their skills, and it’s exciting. Somebody like a Sune has been in the system for a long time and has had to, at times, step in as captain, and she’s done amazing with the job.

“As a team, we would like to do well and make them [van Niekerk and Tryon] proud, so for us, it’s going to be a bit more motivation to make them proud when they can’t be with is.”

Earlier this week, South Africa head coach Hilton Moreeng described the absence of van Niekerk and Tryon as a “very big setback”, especially because of the scarcity of fixtures on the calendar, with the Pakistan series the only confirmed matches for South Africa in 2021 so far.