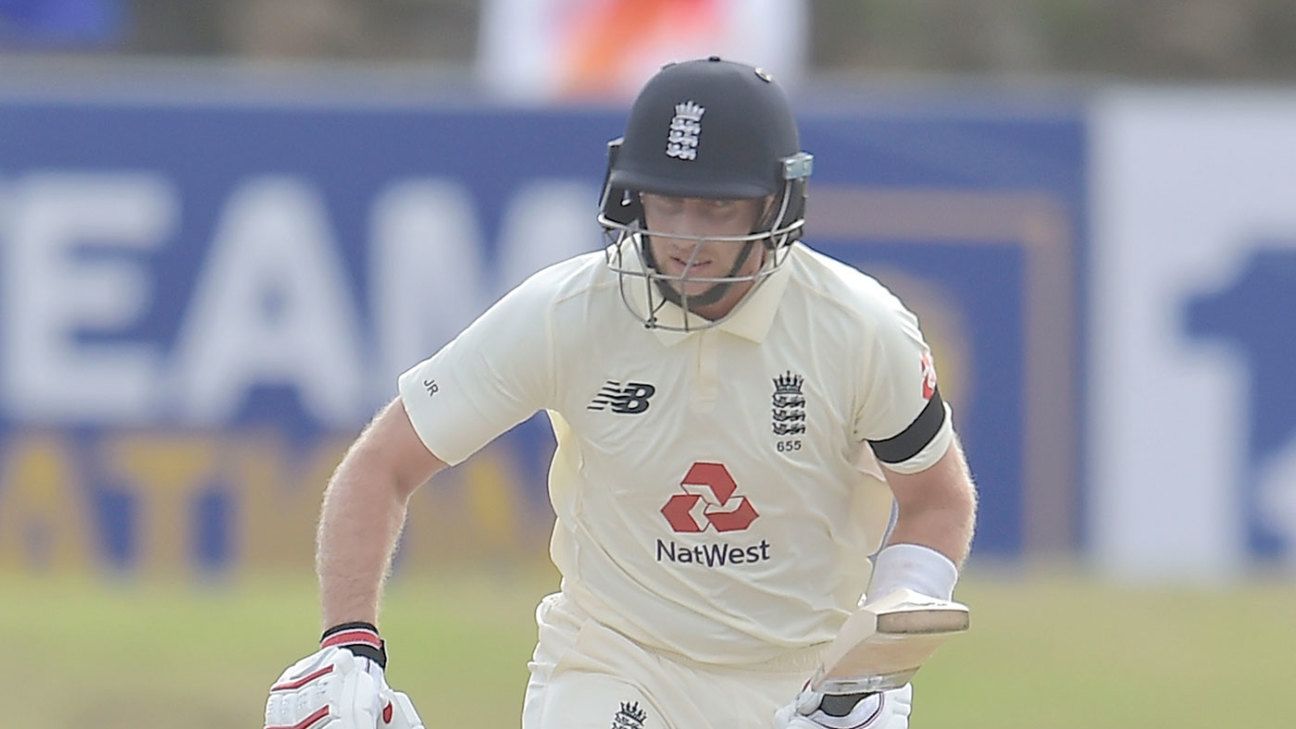 Joe Root‘s highest Test score since November 2019 has helped England into a dominant position at lunch on the second day of the first Test in Galle.

Root went through 2020 without a century – the first time in his Test career he has gone through a full year without one – and dropped out of the top 10 in the ICC’s batting rankings in the process.

But here he provided a demonstration of his enduring class in negating the sharply turning ball with calm authority and moving to the brink of his 18th Test century. At lunch, Root was unbeaten on 99. More importantly, he has taken England’s lead beyond 70 with seven first-innings wickets in hand.

Root was given assured support from Dan Lawrence on debut. Getting off the mark first ball, Lawrence looked confident from the off and, picking up the length nicely, was comfortable to skip down the pitch or deep into his crease when required. Shortly before lunch, he launched Lasith Embuldeniya for a slog-sweep six that suggested England might just have found a man with the character and skill to flourish at this level. Sterner tests loom, no doubt, but this has been an accomplished first international innings from Lawrence.

He was helped, it does have to be said, by some loose bowling. While Embuldeniya – who has taken all three wickets to fall so far – continued to ask questions of the batsmen, he lacked the support required to build pressure. Dilruwan Perera, in particular, struggled with his line and length – a floated full-toss allowed Lawrence to ease his second delivery through the covers for four – allowing England to pick up regular singles.

The leg-spinner, Wanindu Hasaranga, was no better. Lawrence was able to cut, sweep and drive him for boundaries as he struggled with his length. Hasaranga has conceded more than four-an-over so far; in a low-scoring game, it is cost Sri Lanka can ill afford.

Earlier play was delayed by 70 minutes due to rain. When the resumption eventually came, Jonny Bairstow fell in the second over of the day without adding to his overnight score. While Bairstow may reflect he could have left the ball, Embuldeniya had drawn him forward nicely and gained sharp turn to take the outside edge. Kusal Mendis also did well to cling on to a sharp, low catch.

At that stage, Sri Lanka still held a narrow first-innings lead. But Root and Lawrence crushed any hopes the home side may have had of making deeper inroads into the England innings. On a surface that is clearly deteriorating, batting last may prove deeply problematic. But as England’s lead continues to grow, Sri Lanka’s advantage in winning the toss has diminished substantially.