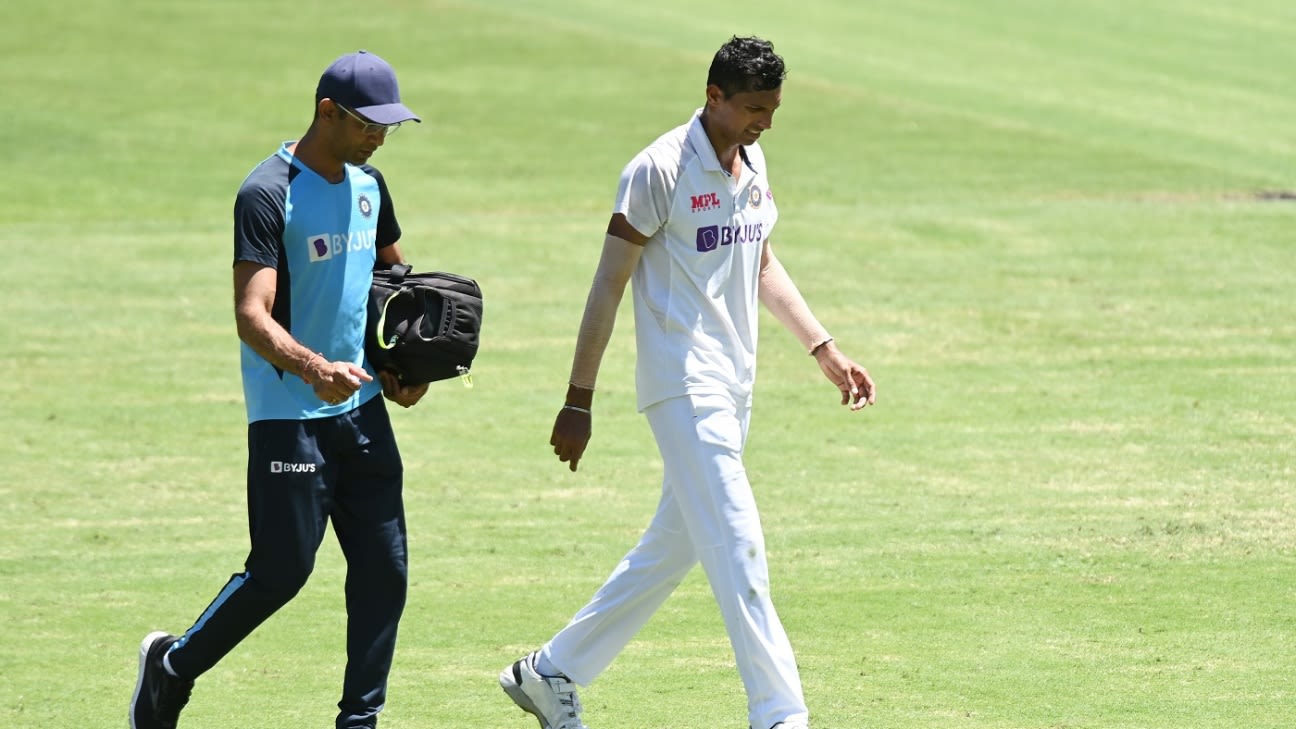 India’s desperate luck with injuries continued, as Navdeep Saini walked off with a groin strain after bowling just 7.5 overs on the first day of the Gabba Test. He was taken for scans in the afternoon.

With four Test caps between them, Saini, Mohammed Siraj, Shardul Thakur, and the two debutants T Natarajan and Washington Sundar anyway made up India’s least experienced Test attack since 1933. From the Sydney Test, where they were already depleted, India lost Jasprit Bumrah to an abdominal strain, R Ashwin to back spasms, and Ravindra Jadeja to a broken thumb, taking out the only survivors from India’s first-choice attack.

In hindsight, there was consolation in India’s team selection: they had picked five bowlers, including four quicks. In the morning, India made the unusual move of giving a Test debut to a reserve spinner, Washington Sundar, who was held back for help in the nets, ahead of the specialist spinner Kuldeep Yadav, who has been with the squad all along. It was perhaps done to shorten the tail, but at the same time, four fast bowlers covered for their inexperience.

So when Saini did go off, India did still have four bowlers to operate with.