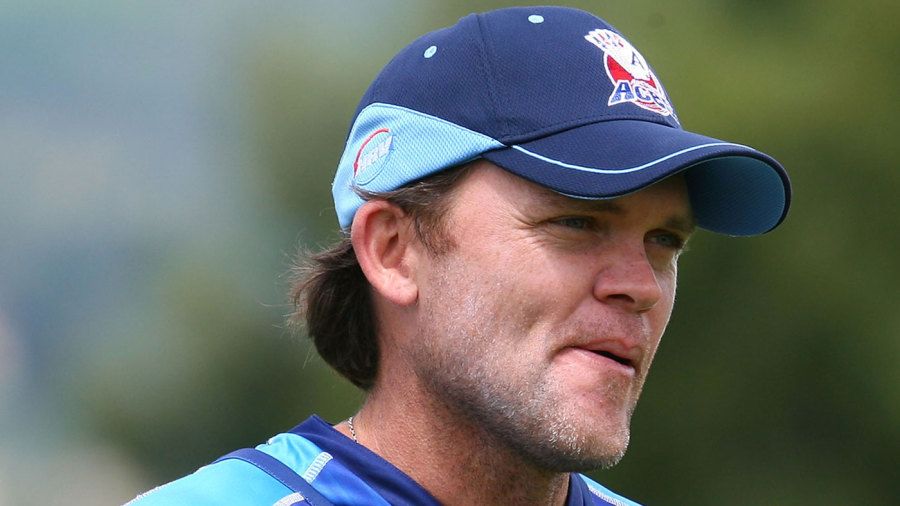 Lou Vincent, the former New Zealand opener, is considering an approach to the ECB to plea for “leniency”, more than six years after being found guilty on 11 counts of match-fixing.

Speaking for only the second time since admitting, in an open letter in 2014, that he was a “cheat”, Vincent reiterated to Giving the Game Away that he accepted his punishment, a life ban from playing cricket at any level, entering any cricket ground, or coach the game in a professional capacity.

However, having forged a new life as a builder in the small town of Raglan, a surfing destination in the Waikato region of New Zealand, Vincent explained how his story has been used in as an example of the perils of corruption – not just in cricket, but by the country’s Olympics athletes, by women hockey players ahead of the World Cup and New Zealand soccer teams, and even by the New Zealand Police during an anti-fraud and money laundering seminar.

Since leaving the game, Vincent has set up the informal Windy Ridge Cricket Club, a place in his backyard where folks can walk in and use his kit from all his years of playing cricket across the globe. However, he says that the onset of the Covid-19 pandemic has helped to rekindle his love of the sport, and he now hopes to be able to give back to cricket in some capacity in the future.

“I will be approaching the ECB at some point and saying “Hey, this is what I’m doing. I want to be respectful,” Vincent told Giving The Game Away recently. “I accept my punishment. But I think I have got a part to play and if there’s going to be any leniency in the future, possibly sort of downgrading the 11 life bans…will be something I am going to try for. Absolutely.”

Delivering the MCC’s Spirt of Cricket Lecture in 2016, Brendon McCullum, the former New Zealand captain, had said that Vincent deserved “clemency” after “baring his soul” to help the anti-corruption authorities in the Chris Cairns trial, which focussed on his involvement in the now-defunct Champions League T20, hosted by the BCCI.

Instead, McCullum pointed out that Vincent had the “book thrown” at him, in particular by the ECB, who handed him 11 life-bans pertaining to county matches during his time at Sussex at 2008, and seven offences committed at the 2011 Champions League.

In December, during the first Test between New Zealand and West Indies in Hamilton, kids that Vincent coaches in Raglan went to see the match wearing his various shirts from his playing days. The gesture, Vincent says was a “bit of a moral support” to help him overturn his ban.

‘I’d just been completely honey-trapped into a bookie’

Vincent last played international cricket in 2007. Having a hit a “wall of depression” he decided to move to the UK. The same year the Indian Cricket League (ICL), a rebel T20 tournament, was launched in India. Vincent decided to play the ICL to sustain himself. There, a bookie, posing as a bat-maker, contacted Vincent. Despite having attended a dozen education programs, conducted by the anti-corruption unit, Vincent got sucked into the “honey trap”.

“He got straight into it,” Vincent said, recounting the incident. “He said: ‘Listen, right, this is how the business works’ and he pulled out US$15,000 cash and set it on the table and said, ‘right that’s our down payment. We deal in cash. What we do is we bet inside games’. And I was like, ‘oh sh*t’ – that’s when the penny dropped that I’d just been completely honey-trapped into a bookie.

“Because we had education, I had probably sat through about 12 seminars during my cricketing career, sort of warning us of this but I was like oh, this is never going to happen to me, no chance it’s going to. Then it was like, oh sh*t, I’m in trouble here. He’s probably got cameras around the room recording what’s just happened and he’s given me US$15000 cash, explaining how the betting system works and all that. I was like, oh I’ve got to get out this room. I said, ‘Listen okay cool, I’ll have a think about it. I’ll go downstairs and have a think about it’.

According to Vincent, corrupters are always looking to groom players who are vulnerable. The grooming in his case, Vincent pointed out, started with simple instruction before it became technical. “It was pretty straightforward – as an opening batsman, I was just asked to score between 10 and 15 runs off 20 balls and get out. That’s it, job done, US$50,000 in some random account in Dubai – all yours, no worries, piece of cake, keep it simple. That’s how it all started; It started very simply and then, as I got deeper involved with match-fixing, and you started dealing with other bookies, it became more technical.

“Say in a T20 match, where it was broken into five-over sessions – so the first five, the second five overs, the third five overs, and then the last five. At the end of the second session, which is overs 6-10, they’ll choose three-over blocks during those sessions. For example, overs eight, nine and ten, they would only want to see 12-14 runs scored. So off the three overs, 12-14 runs, isn’t much in a T20 match. It is about controlling the runs and being on strike, playing and missing, hitting to the fielders and then getting out. That was the probably the hardest part: to control a game when you are on the take and the other person isn’t.

“So you can see why they groom you or threaten you to get other players because the more players involved in a team the more they can guarantee the betting is controlled. We are talking about hundreds of thousands and millions of dollars bet on certain situations of a game. It is massive money. Huge money.”

‘You’re always living with a noose around your neck’

The creation of several T20 leagues across the globe, Vincent pointed out, is a hot bed for corrupt elements as they are on the prowl to tap into any kind of insecurity or ‘change room jealousy” that can emanate from players being paid varied money. According to Vincent, corrupters are looking for vulnerable young players and approach them. Vincent’s advice is not let money “ruin” the career.

Vincent also said that during his dealings with the corrupters he encountered “gangsters” who are very “threatening”. “Once you are there, you’re always living with a noose around your neck waiting to be bribed. There’s always subtle conversations about your children and where you lived and things they knew about you that you didn’t even know.”

In his 2014 confession statement, Vincent had said he would regret his actions “for the rest of his life”. The 42-year old now does not want young players to go through what he did. Vincent believes with even club sport being streamed worldwide “amateurs” are at the risk of being approached by corruptors and that is why he has been keen to go out and tell his story to avoid it being repeated.

“But for now I am just going to keep things simple and keep things fun. And keep working towards just…yeah, enjoying life. Because, man, people try and take it out on you. People crush you, But, no, I’ll not let that happen again.”