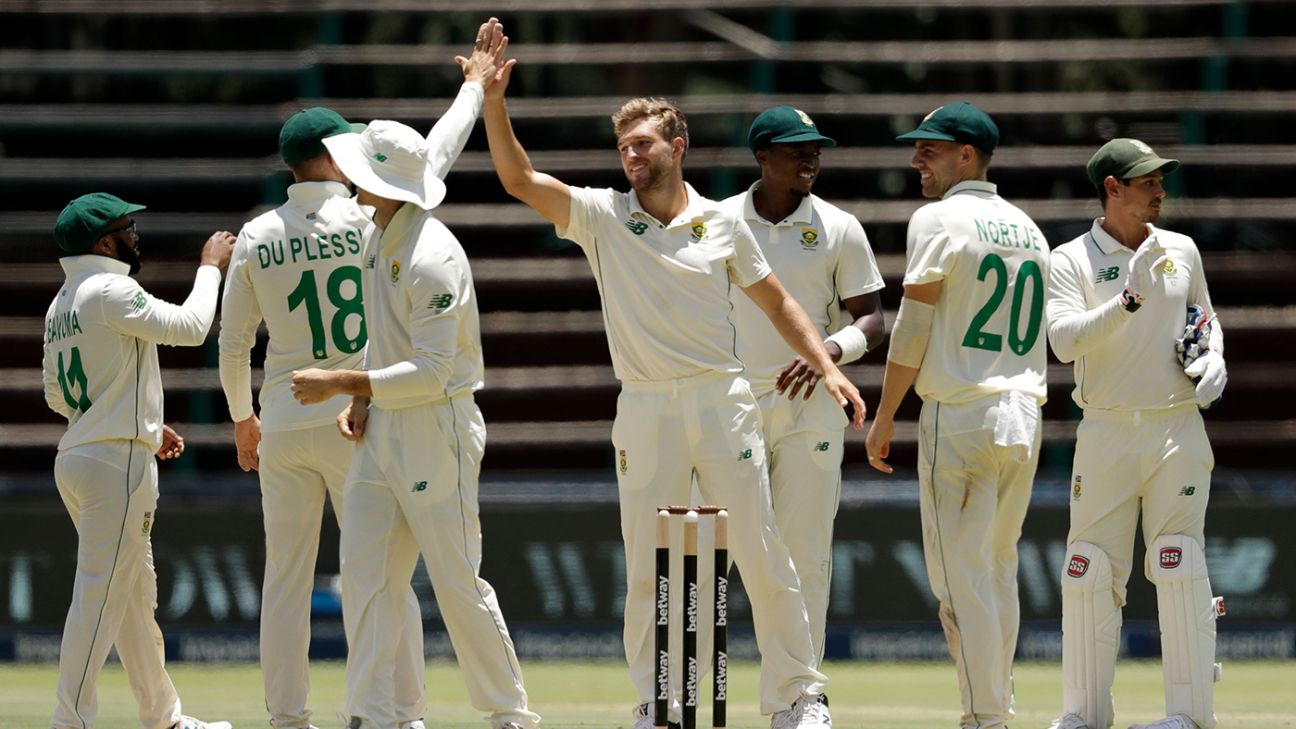 A 21-member squad, with nine fast bowling options, is set to depart tonight

Left arm-seamer Marco Jansen will replace Ottniel Baartman in South Africa’s Test squad which leaves for Pakistan tonight. Baartman has been ruled out of the touring party for a medical reason unrelated to Covid-19, while the entire 21-player party have returned two negative tests each ahead of their flight.

Jansen, who is 20 years old and has just 12 first-class matches to his name, lies second on this season’s first-class bowling charts. He has taken 21 wickets at an average of 20.71 in the franchise four-day competition this summer. He is a former national under-19 player and was also part of the South African A side that toured India in late 2019.

Jansen’s inclusion means that South Africa have kept their arsenal of pace bowlers for Pakistan at nine, led by Kagiso Rabada, who has not played a Test in a year. Lungi Ngidi, Anrich Nortje, Lutho Sipamla, Beuran Hendricks, Daryn Dupavillon, and allrounders Wiaan Mulder and Dwaine Pretorius make up the rest of the pack.

South Africa will play two Tests in Pakistan, in Karachi and Rawalpindi, and three T20s, all in Lahore. The T20s could be played by a second-string side, with the Test squad needing to return home to prepare for three yet-to-be-confirmed Tests against Australia.

Can England end ODI rut with series on the line?
Injured Green’s ‘biggest challenge is bowling’, says Australia coach McDonald
🌀How much has that spun?! Parkinson Bowls Imam Through The Gate #shorts #spin #legspin
Renuka Singh returns as India bowl against West Indies
Lucknow curator sacked for ‘shocker of a pitch’ for second India-NZ T20I