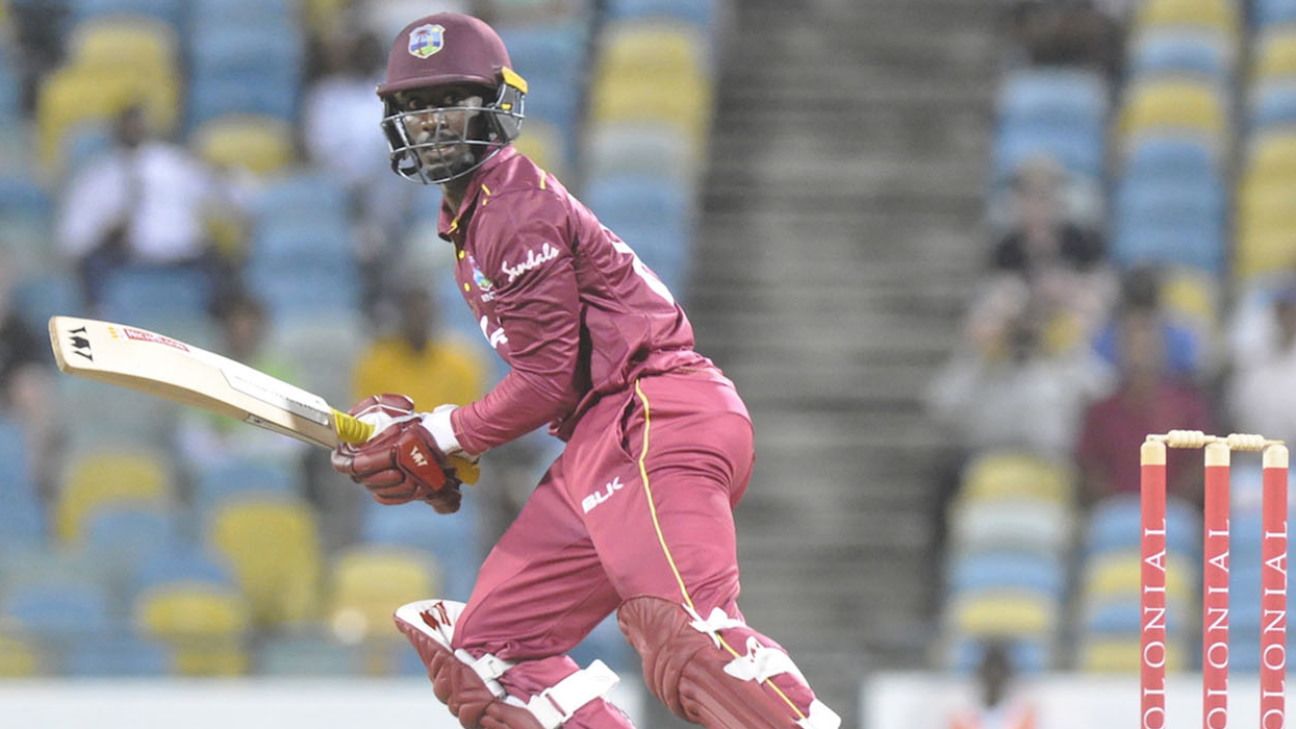 West Indies legspinner Hayden Walsh has been found Covid-19 positive after being tested twice in the last two days in Dhaka. As a result, he has been ruled out of the ODI series against Bangladesh and the tourists haven’t named a replacement yet.

Walsh, who is asymptomatic, had tested negative upon arrival in Dhaka on January 10. But tests on Wednesday and Thursday came out positive, and he is now in self-isolation until he gets two negative results. According to a CWI statement, he had no contact with the other squad members.

“In accordance with the established medical protocols, Walsh remained isolated from the West Indies squad and is now under the care and supervision of the Team Physician, Dr Praimanand Singh,” the CWI statement read. “All other members of the West Indies touring squad returned second negative COVID-19 tests, after undergoing four tests within the last 11 days.”

Both the West Indies Test and ODI squads began training on Thursday after three days of room isolation at the team hotel in Dhaka. Bangladesh’s 24-member preliminary ODI squad is also staying at the same hotel.

Walsh, who has played a combined 10 ODIs and 17 T20Is for West Indies and United States of America, was the senior spinner in the squad and expected to form a spin-bowling partnership with newcomer Akeal Hosein in the ODI series.

The two West Indies squads will continue training in separate groups from Friday, before the ODI squad travels to BKSP on January 18 to play their only warm-up game. The first two ODIs of the series are in Dhaka on January 20 and 22, while the third ODI is in Chattogram on January 25.

Russell, Moeen, Hasaranga among big-ticket sign-ons for UAE’s ILT20
Series – and T20 World Cup spots – on the line as West Indies vs India goes to Florida for the weekend
India opt to bat in first semi-final; both teams unchanged
Injured Nurul Hasan out of Asia Cup, BCB likely to announce squad by Thursday
Powar says with India ‘evolving’ in T20Is, player roles in the XI will be fluid