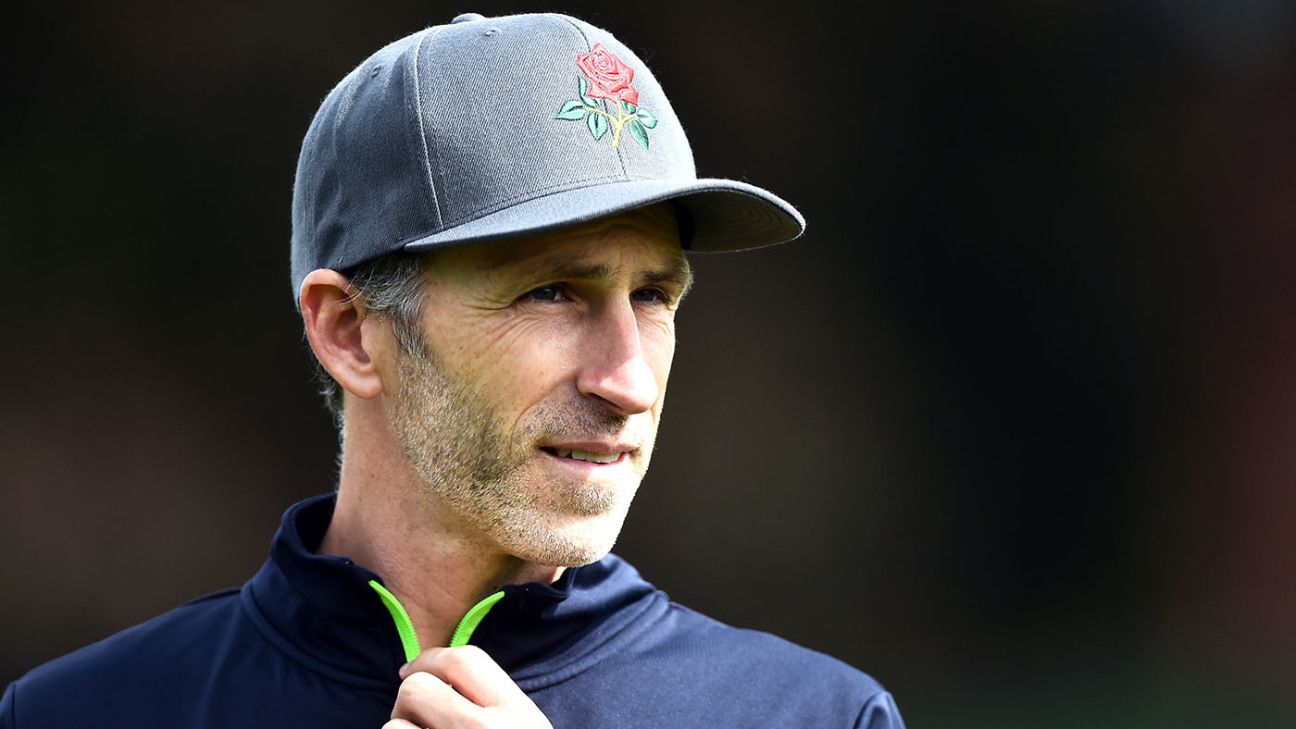 In the midst of so much Covid uncertainty, with county budgets slashed as the game reels from the £100 million losses incurred in the 2020 season, it is a tribute to the unequivocal good-eggery of Graham Onions that he has been handed a chance for a brand-new beginning, so soon after the cruelly abrupt end to his playing days.

Back in August, on the eve of Lancashire’s opening Bob Willis Trophy clash with Leicestershire at Worcester, Onions suffered a back injury from which he quickly realised there would be no return. He was advised to retire immediately at the age of 38, taking with him a stellar haul of 723 first-class wickets at 25.70 -32 of which came at 29.90 in a nine-Test England career that would surely have been significantly longer but for the enduring brilliance of James Anderson and Stuart Broad.

But now, just over five months after that shattering set-back, Onions is back in the game as Lancashire’s new bowling coach – a role for which he earned an ECB Level Four coaching certificate back in 2015, and which he pledges to approach with the very same dedication that he put into his two-decade first-class career.

“I do class myself as very, very lucky,” he said, having been braced in the current climate for a spell in the freelance world, including a role as head coach at Scarborough College in Yorkshire – a job he hopes to be able to retain on a part-time basis, as and when life returns to some normality after lockdown.

“There’s a definite relief … I could have had income coming in from different areas, but that really isn’t me,” Onions said. “I want to be part of a team. I feel that got the best out of me as a player, and as a coach, being self-employed just doesn’t get me out of bed in the morning. But if I can get up and be part of a team, and help a team culture, then that’s what makes me think I want to be part of something special.

“Throughout my playing days, I worked hard, I gave everything I possibly can. Ultimately, I want to be as good as I can be, and I’m determined as a relatively young coach to start my journey again and commit to everything I do.”

In many ways, Onions hopes to be able to slot straight back into life as he knew it before retirement – he’ll still be living in the same on-site hotel at Emirates Old Trafford that he used as a matchday base, given that his family remains settled in his native North-East, and he looks forward to sharing in the same dressing-room celebrations, given how integral a team’s back-room staff is to its overall success.

“We’ve spoken about it, and the amount of time I’ll see the family is going to be less but the bottom line is I’ve done that for pretty much 20-odd years now so it’s nothing new, it’s the norm for me. When I see them, it will be even more special, I suppose.

“But I love this club. I’ve not been here that long, but I feel as though it is a second home and that I belong to the Red Rose, and I’m desperate to win more silverware and develop some of these young lads from the academy to be professional cricketers.”

But, he admits, some things will have to change, given that many of the players with whom he has been competing for the past three years are now coming under his guidance.

“It’s not a conflict of interest but I’ve just got to make sure that I get that balance right,” Onions added. “Because my philosophy and coaching style is that I’m like a best friend, they can ring me any time, but there are also decisions to make, team selections and honest conversations to have. But I don’t see that as a bad thing because, when you have an open relationship, I found giving feedback comes from a good place. That’s where I want to get to, if I haven’t already got it.”

He’ll need also to get over any lingering regrets at the sudden ending of his playing days.

“I came in on Monday, and the first thing I wanted to do was get the ball in my hand and have a bowl,” he said. “It’s just a natural thing that I’ve done like for so long. But then obviously there was the pain and everything, and I was like, nah, I’m gonna have to give it a miss.

“Do I miss it? One hundred percent. Don’t get me wrong, when I got older, I found the training hard, but do I miss it. Yes, because it’s the camaraderie around the dressing room, it’s the drive to make you better all the time.

“Unfortunately, that isn’t going to happen as a player. But what I can do is try to take the positives of the news of being a coach full-time, and I can plough all my energy into still being part of a team. There’s not many people that can do that.

“I’m delighted that I can now get over the real harsh reality and the tough times of thinking I wasn’t going to play again, when I wasn’t quite ready to give it up, to putting it towards coaching. It’s been tough but, now, with the news and the lovely messages that I’ve had, I’m ready to go and I’m ready for the new challenges of coaching.”

He’ll be reporting into man whose career trajectory to date is not dissimilar. In his day, Glen Chapple was unlucky to be passed over by England but forged a legendary, Championship-winning, career as an attacking seam bowler at Lancashire, before transitioning seamlessly into a coaching role after hanging up his boots at the age of 41.

“I think the reason why it’s going to work so well is that he’s constantly challenging. And I love that,” Onions said. “As a young coach, my job is to challenge young players to get better. And I think his job is also to challenge me to be a better coach and produce some good players along my journey as a coach, and I think that’s great.

“Will we always agree with things? Only time will tell. And I don’t think it’s a bad thing if we don’t. It’s important that we have the focus and the drive to develop players and make them better. But also, players are in charge of their own destiny and their own journey.

“I know it’s a little bit of a cliché, but it’s my job to take a little bit of stress off Glen so he can concentrate on being the fantastic head coach that he is, and I can look after the bowlers.

“It’s our role now to be relatively young coaches with loads of enthusiasm to constantly push these players to get better all the time.”